VIDEO: Zoo Gets Rare Chameleons To Breed After They Were Smuggled From Africa In Socks

The Vienna Zoo is caring for 74 of these lizards. Several of the species are critically endangered.
By Georgina Jadikovskaall February 21, 2022
Facebook
Twitter
Linkedin
Email 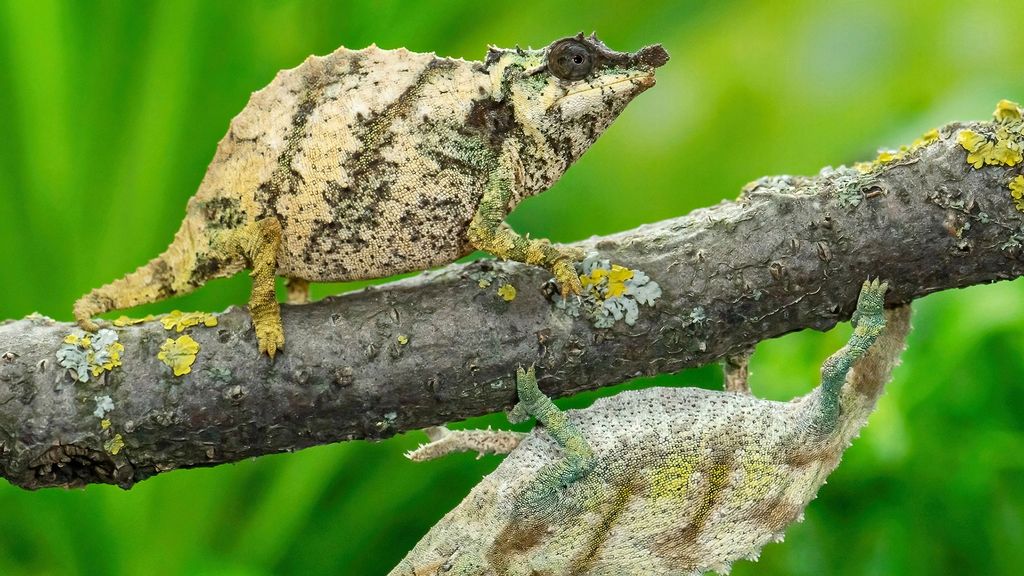 The Nguru pygmy chameleon at the Vienna Zoo in Austria. (Daniel Zupanc/Zenger)

The world’s oldest zoo has achieved impressive conservation and breeding results with more than 70 rare chameleons stuffed into socks and ice-cream boxes and smuggled in a suitcase from Tanzania last year.

The announcement was made Feb. 17.

The Tiergarten Schönbrunn zoo in Vienna, Austria, provided home for the colorful chameleons. They were discovered by a Vienna customs officer while X-raying a man’s suitcase in January 2021.

The police reported the man had traveled from Tanzania via Ethiopia, and had collected the lizards from the Usambara Mountains in East Africa.

He had intended to sell them on the black market for almost $42,000.

The man was arrested at Vienna International Airport, while the majority of the chameleons were brought to the zoo to ensure appropriate accommodations and a veterinary examination.

These four species are listed from near-threatened to critically endangered by the International Union for Conservation of Nature, due to habitat destruction and illegal hunting.

District manager Inez Walter said: “Chameleons are loners and therefore have to be kept and fed individually, they only come together to mate. Caring for these demanding animals is a particular challenge for us, but it pays off.”

The zoo officials were pleased after they welcomed more than 80 offspring of the critically-endangered Nguru pygmy chameleons last year.

The zoo reported the adults of the species are just under 2.3 inches tall, while their young only measure less than half an inch in size.

“The Nguru pygmy chameleon is bred in only one other zoo in the world besides ours. We are therefore particularly proud that the work of our team of specialists was rewarded so quickly with this breeding success,” said zoo director Stephan Hering-Hagenbeck.

“We hope to be able to build up reserve populations outside the threatened natural habitat with our offspring in order to counteract the extinction of these species,” he said.

Chameleons have excellent vision and can see up to 32 feet in front of them. They are known for their ability to change colors in order to hide from predators. There are more than 160 species of these lizards spread across Madagascar, Southern Europe, Africa and Asia. They communicate with one another via body language, turning sideways to protect their territory.

The females usually lay an estimated 20 eggs that can take four months to a year to hatch.