The species is capable of jumping and gliding 150 feet through the air from trees.
By Joseph Golder February 20, 2022
Facebook
Twitter
Linkedin
Email 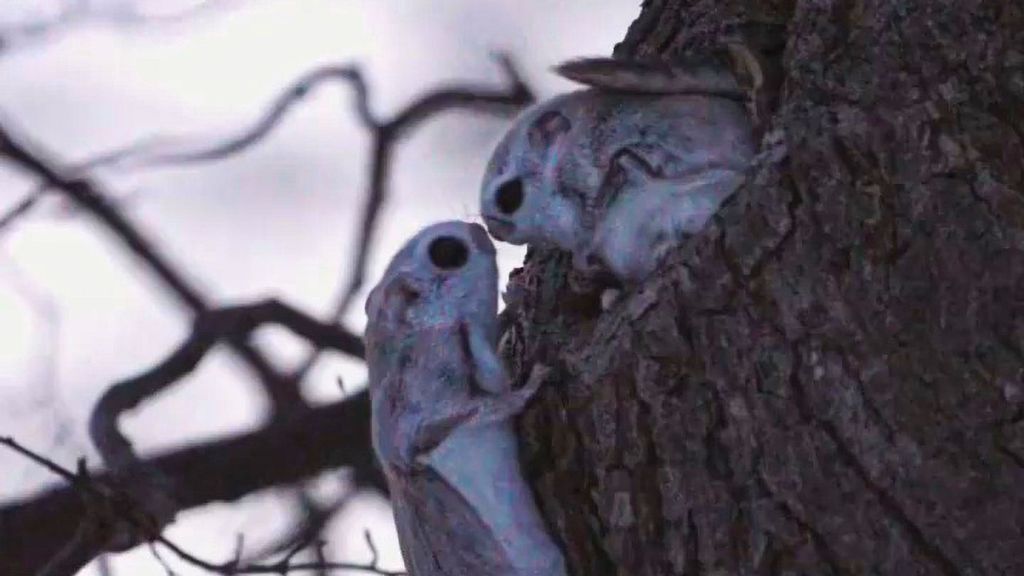 Two flying squirrels appear to kiss before they start fighting.

The images were captured by Japanese amateur photographer Masahiko Iso in Saitama Prefecture, Japan. He said in an interview he wants to share his images of cute animals — who he claims resemble Pokémon — with people all over the world.

The footage shows two Siberian flying squirrels apparently kissing, until they suddenly start fighting. Other videos and images show the flying squirrels stealing food from each other and cleaning themselves.

Iso, who boasts nearly 50,000 followers on Instagram, said he has most fun when he is shooting video.

He said he was much fonder of smaller, cuter animals than larger ones. “I choose cute animals and birds. I don’t really like birds of prey and big animals because they are natural enemies for small creatures.”

The skilled amateur photographer said he did not use any special equipment. “I am shooting with a handy mirror-less camera with a telephoto lens attached. My main business is the IT [information technology] business, and my hobby is shooting video.”

He said he was particularly fond of Siberian flying squirrels, saying: “It’s cute, like an anime character.”

However, the flying name is something of an exaggeration.

The rodents do not fly, but they are capable of jumping and gliding 150 feet through the air from trees. The squirrels have a special membrane between their front and back legs, called patagia. The patagia act as a parachute to slow them as they leap between trees. Their limbs and their flat rudder-like tail help them steer and control their leaps.

Squirrels are social animals and a group is called a scurry. These flying squirrels, which have litters of two to six babies, have a strong geographic presence in Siberia, Russia. They are found in Scandinavia, Japan and northern parts of China. They are the only species of flying squirrel found in Europe.

These forest-nesting creatures are nocturnal, big-eyed and tuft-eared, with an average lifespan of five to six years in their natural habitat. However, in captivity, or as pets, these flying squirrels can live up to 10 years. They mate in the early spring, sometime between March and April. Then females build their nests in natural tree holes or woodpecker holes. They go through a gestation period of about a month.