VIDEO: Russian Tries To Flush 33 Pounds Of Cannabis As Police Raid His Home 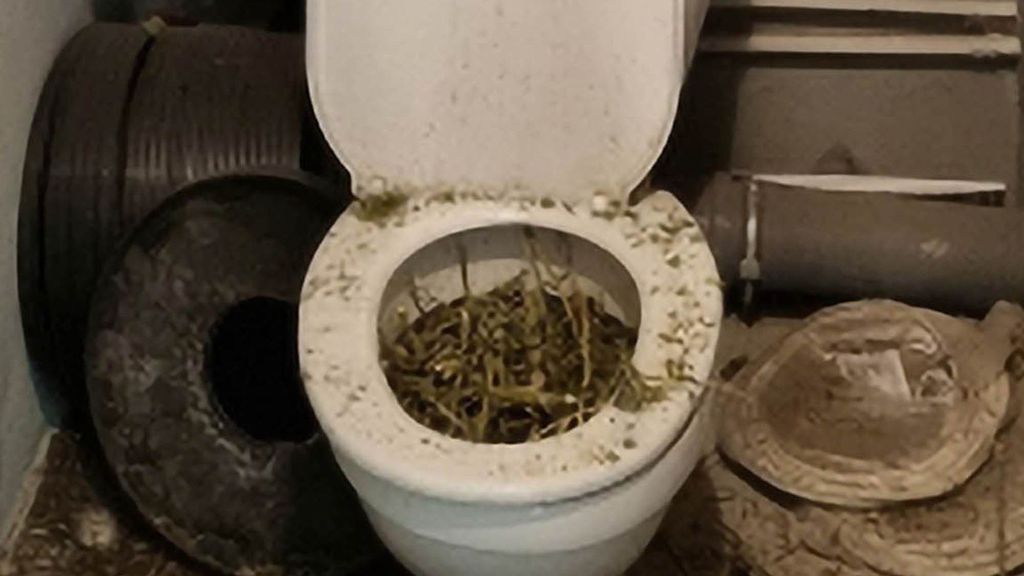 Police detained a man who tried to flash 15 kilograms (33 pounds) of cannabis down the toilet in Yekaterinburg, Russia, in mid-February. The penalty for possession carries a fine and a possible prison sentence. (Ministry of Internal Affairs of Russia/Zenger)

A man tried to flush 35 pounds of cannabis in a desperate bid to get rid of evidence as police raided his home.

The incident took place in Yekaterinburg, Russia. The unnamed suspect is said to be a local business owner. He ws arrested by anti-drug-trafficking police.

The Main Directorate of the Ministry of Internal Affairs of Russia for Sverdlovsk Oblast said in a Feb. 16 statement that the suspect had “tried to flush more than 15 kilograms [35 pounds] of cannabis down the toilet in a rented apartment on Roschinskaya Street.”

The authorities shared several pieces of footage showing some cannabis on the ground in front of the building after the suspect allegedly threw it out the window.

The police said: “When the alleged drug dealer realized that representatives of the Ministry of Internal Affairs had come for him, he hastily decided to get rid of the criminal evidence.

“He threw some of the cannabis he had grown out of the window, and he tried to flush what remained down the narrow opening of the toilet bowl.”

The police said that because the cannabis was dry and weighed little, it was difficult for the suspect to fully dispose of the evidence.

They added: “It was at the moment of destruction of the evidence by its owner that it was seized.”

The police also said: “The examination carried out showed that what was not swallowed by the sewage system landed on the street and was found stored in the dwelling.

The police added: “For everything in this world, as you know, you have to pay. For a passion for drugs — even more so.” They said the suspect had been taken into custody.

People found to be in possession of large quantities of cannabis in the Russia Federation face various penalties, including a fine of up to 500,000 rubles ($6,400) and up to 10 years in prison.

Both medical and recreational cannabis are illegal in the country.

Possession of up to 6 grams (1 teaspoon) of the drug is an administrative offense, while anything over that is a criminal offense. Russia has the highest number of people per capita imprisoned for drug crimes in Europe, according to The Moscow Times. Most of them were convicted under Article 228 of the Russian Criminal Code.