Thanks to the kindness of strangers, Patrick Mitchell was able to fill his final month with amazing experiences.
By Joseph Golder February 19, 2022
Facebook
Twitter
Linkedin
Email 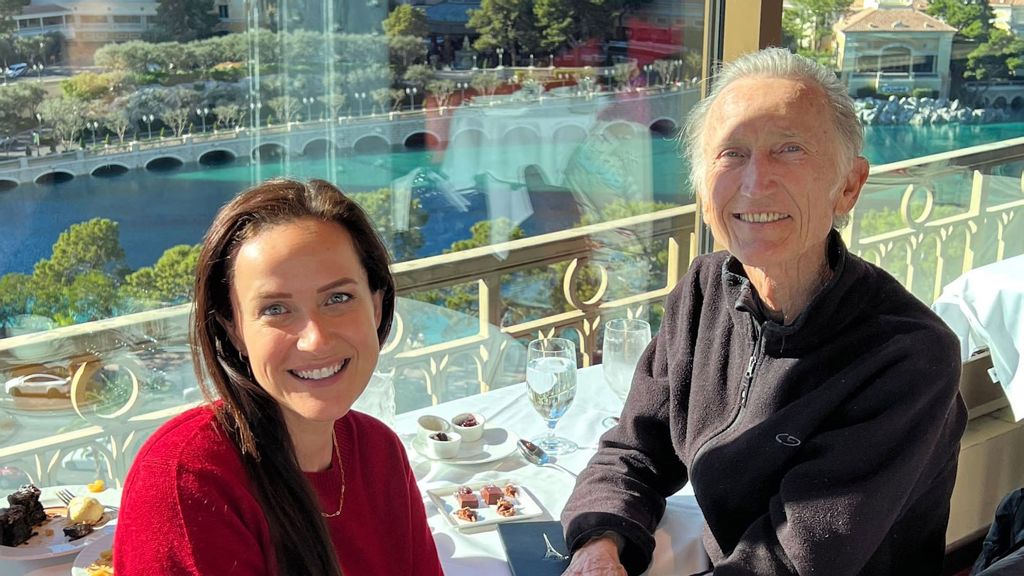 A daughter helped her dying father complete his bucket list, aided by the kindness of strangers. (Vanessa Nicole Delmotte/Zenger)

A terminally ill man was given a series of unique adventures, including a private tour of a Navy helicopter squadron, all provided by strangers. They came after his loving daughter appealed for help to make the most of his last few days.

When Patrick Mitchell was given a diagnosis of stage-four pancreatic cancer in December 2021, his daughter, Vanessa Mitchell-Delmotte, asked a Facebook group for ideas for her father’s bucket list.

She wrote: “My dear dad has stage 4 pancreatic cancer. I’m taking December off work to enjoy some bucket-list activities with him. Anyone have ideas?” Vanessa said she was shocked when suggestions came pouring in from strangers. Many offered to provide her father with a singular experience.

Patrick, who died Jan. 11 at age 73, lived in Coronado, in San Diego, California.

Vanessa said all the offers were free — not a single person asked for money. The top of the list was from Julie Wright, who offered a private tour of a U.S. Navy helicopter squadron at the nearby Naval Air Station North Island, which the pair readily accepted.

Vanessa said Patrick’s father, her grandfather, had been in the Navy.

Another offer was to see an Ultimate Fighting Championship (UFC) fight in Las Vegas.

Vickie’s son, Stephen, is an executive at the UFC and a quadriplegic. She said they wanted to pay something back to the Coronado community, which had always been helpful and kind to them.

One of Patrick’s wishes had been to visit Paris. Since there wasn’t time to travel, they booked a hotel room that overlooked the miniature Eiffel Tower on the Las Vegas strip.

Vanessa explained why her dad meant so much to her. “He would write post-it notes on my bathroom mirror when I was a supremely awkward teenager to tell me I’m beautiful. We would go on lunch dates together, where we would just talk about life. We would take evening walks in our neighborhood,” she said.

“Just being present in each other’s life and encouraging our dreams. His dreams didn’t stop after retiring. An avid traveler since childhood, his trips included visits to ashrams in India and hiking to the Mount Everest base camp when he was 66.

“My dad loved a good movie, and he watched thousands. I saw in him the warmth of Tom Hanks, the presence of Clint Eastwood, and the wry humor of George Clooney.

“He also read a lot. Everything from sports biographies to classic literature, financial journals to science stories and Vanity Fair.

“He was particularly interested in reading about the lives of people he considered successful, from all walks of life, and with all kinds of accomplishments.

“He was always trying to get at… What does a life look like when lived to its absolute fullest?”

Patrick Mitchell had been the dean of students at Chula Vista High School, in Chula Vista, California, when Mario Lopez, the host on “Extra” and “Access Hollywood” was there. He was also head of the Francis Parker Upper School in San Diego for 19 years.

Posting on Facebook one month after her father’s death, Vanessa said: “One of my fears is that he will look down on our family here … wishing to physically be a part of it. Present for the climb, missing the reward.

“I imagine he’s looking down on me right now saying I’m missing the point. That being there for the climb was the reward.”