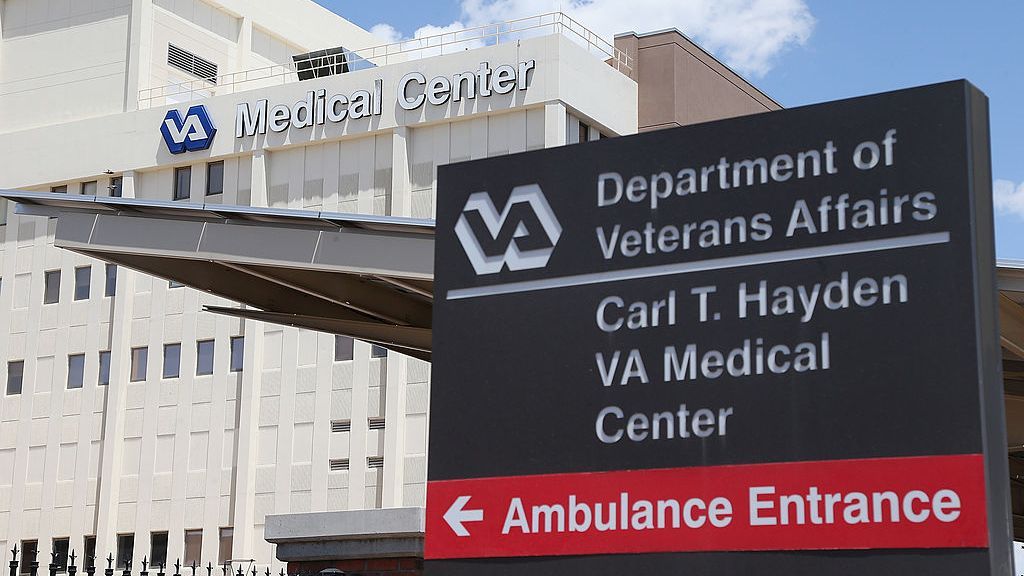 Among 583,000 veterans older than 65 who were transported by ambulance for emergency care between 2001 and 2018, those who were taken to VA hospitals had significantly higher survival rates, according to a recent study. (Christian Petersen/Getty Images)

Despite debate over the quality and accessibility of care at hospitals run by the U.S. Department of Veterans Affairs, or VA, a large, long-term study has found that in emergencies, veterans treated at VA hospitals had survival rates up to 24 percent higher than those treated in non-VA hospitals.

Decades of concern over the quality of care provided through the Veterans Health Administration finally prompted the administrations of Presidents Barack Obama and Donald J. Trump, in concert with Congress, to give veterans the option of obtaining medical attention in the private sector.

“We’ve known from many other studies that the VA provides higher-quality care, reflected in process measures, but it’s been difficult to compare patients who receive care in the VA and those who receive care outside of it,” said David Chan of Stanford University, lead author of a study on the subject published in the journal The BMJ.

The study found that veterans at VA hospitals fared at least 20 percent better than those receiving treatment at non-VA facilities. For black and Latino veterans, the results were even better, according to the research.

Researchers looked at 583,000 veterans older than 65 who were transported to a hospital for emergency care between January 2001 and November 2018. The veterans were dually enrolled for VA care and non-VA care funded by Medicare. The team assumed that when rushed to an emergency room, these veterans were most likely taken to the nearest facility.

After accounting for place of residence, demographics (age, race or ethnicity and sex) and other variables, the study determined that “none experienced significantly lower mortality rates at non-VA hospitals.”

“Widely publicized concerns about the quality and capacity of the VA system, the largest public health delivery system in the U.S., have fueled public perceptions that the VA health system is falling short of providing good care to the many veterans who depend on it,” the authors said.

“Our findings join those from a series of other studies in suggesting that, for the system as a whole, those perceptions do not match reality.”

“Veterans tend to be sicker than nonveterans,” Chan said. “When we designed this study of veterans who could plausibly receive care in either a VA or non-VA setting during an emergency, we were struck by the implied mortality reduction among those going to the VA.”

Veterans who went by ambulance to hospitals where they had previously received care also had lower mortality rates. The mortality rates at VA hospitals, the researchers said, may be a function of improved technology systems and the integration of care.

“Enabling or encouraging veterans to obtain care outside the VA system may lead to worse, not better, health outcomes, particularly for veterans with established care relationships at VA facilities,” the study noted.

“At the same time, mounting evidence of superior performance justifies a redoubling of efforts to understand how the VA system achieves this. As well as helping the VA to improve care processes and outcomes, those insights may produce valuable lessons for health care delivery systems globally,” the researchers wrote, stressing that more research is needed.

“The findings of this paper will help guide Veterans Health Administration Emergency Medicine (VHA) to optimize emergency care in the community and inside the VA,” said Chad Kessler, executive director of emergency medicine at the VHA. He noted that the study may help “define the direction and future growth of emergency medicine for veterans.”

Chan agreed, stating that the study may offer lessons on “the optimal design of health care delivery.”

Managing 171 hospitals and 1,112 clinics, the VHA is taxpayer-funded and the largest health care delivery system in the U.S.