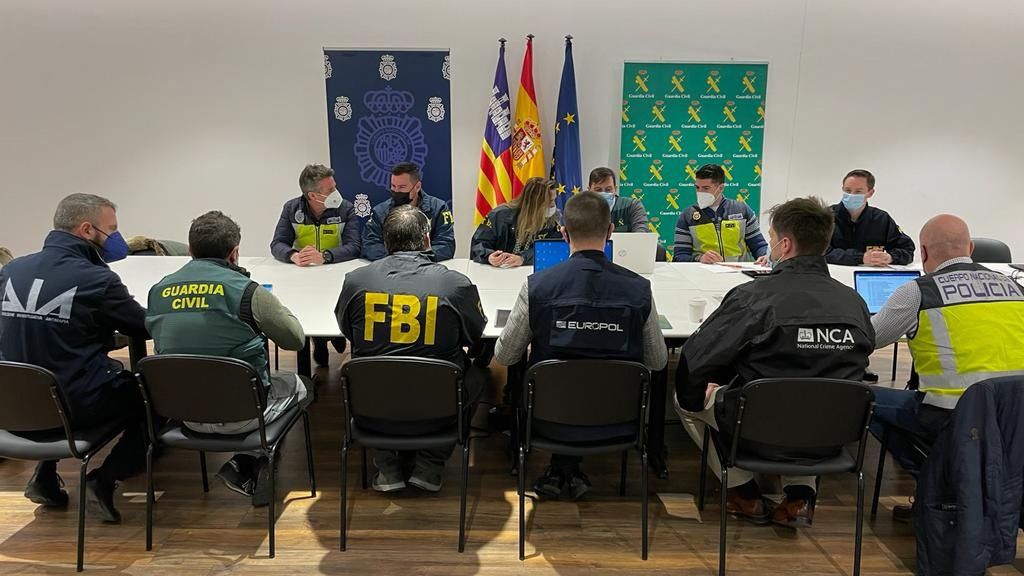 Judicial and law enforcement authorities in eight countries, including the FBI, along with investigators worldwide have smashed an Albanian-speaking international cocaine-trafficking and money-laundering network and arrested at least 45 people.

The police said the operation had “flooded Europe with cocaine,” and arrests have been made in Spain, Belgium, Germany, the Netherlands, Italy, Croatia and the United Kingdom.

Eurojust, a joint operation between Spain and Belgium, set up a coordination center to enable rapid cooperation between the judicial authorities involved while Europol, the European Union’s law-enforcement agency, organized exchanges of information and evidence to prepare for the final phase of the four-year investigation.

The Spanish Civil Guard said it had arrested eight people in Majorca and Barcelona. Thirty people have been detained in Belgium, two in Croatia and two in the Netherlands.

The cocaine was smuggled from South America into Europe through various ports, ensuring that the network controlled the “entire drug supply chain,” the Spanish police said. They said they had discovered a “complex corporate structure aimed at money laundering from drug trafficking.”

“Investigations in Spain started in 2018, with the arrest of a high-ranking member of the organized crime group, who is currently in pre-trial detention. In addition, an Operation Taskforce (OTF) was set up at Europol to pool investigative resources and expertise and develop the investigation internationally,” Europol said on its website.

While the organization’s ‘complex corporate structure’ was “based in Majorca,” it also reportedly had similar operations set up in Germany and Croatia, the police said.

The organization’s members frequently traveled to Dubai in the United Arab Emirates, Mexico and Colombia “to organize their illicit businesses, using encrypted communication tools to coordinate their criminal activities.”

The operation was given a boost when 970 pounds of cocaine were seized by the authorities in Barcelona in January 2020, leading to the arrest of four Albanian citizens in an operation that benefited from the assistance of the U.S. Drug Enforcement Agency (DEA).

An unspecified quantity of drugs was also seized in Belgium in September 2020, along with more than 5,500 pounds of chemical products used in the transformation and production of cocaine were seized.