The police officer connected with the man on a personal level and convinced him to get help.
By Lee Bullen February 18, 2022
Facebook
Twitter
Linkedin
Email 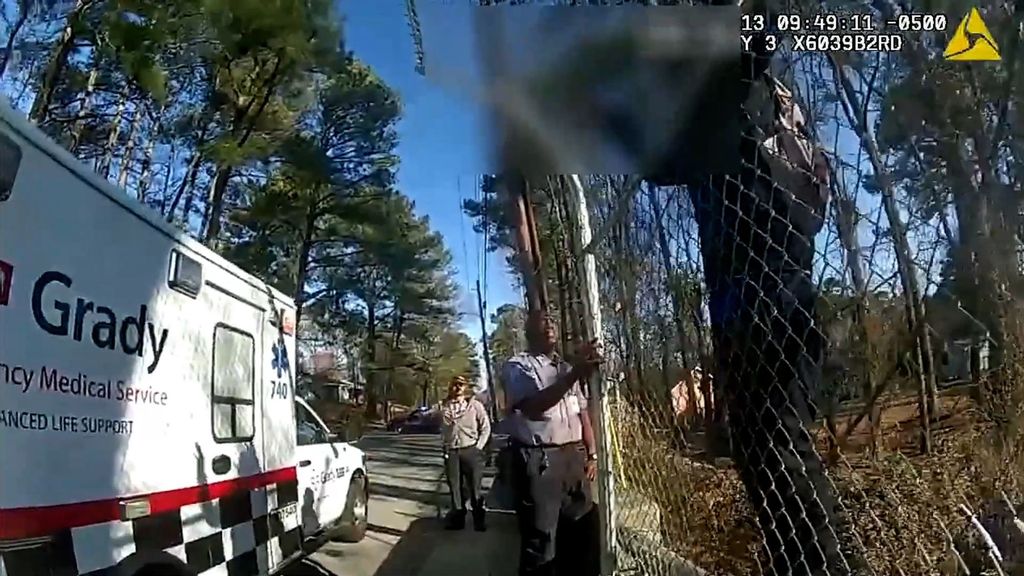 A police sergeant convinced a man not to jump from a freeway overpass in Atlanta, Georgia. (Atlanta Police Department/Zenger)

A calm police officer managed to talk a suicidal man down from a bridge over a busy freeway.

The incident was filmed at Interstate 20 in Atlanta, Georgia, on Feb. 13.

The Atlanta Police Department (APD) said in a statement that officers responded after a call from a 29-year-old man who expressed suicidal thoughts.

“The man told dispatchers he planned to get a knife and then jump from a nearby freeway overpass.

“The responding officers, including Sgt. Jason Combee, arrived on the scene and found the man standing on the edge of the overpass, outside the protective fencing, above the speeding cars on I-20.

“Sgt. Combee took control of the incident site by directing units to close off traffic on the interstate and immediately started talking to the troubled young man, who was clinging to the fence on the verge of letting go.”

The police stated: “Sgt. Combee connected with him on a personal level by showing concern and asking what led him to this point. The man responded to Sgt. Combee by explaining the many challenges he was facing, and said he wanted to end his life.

“Combee told the man that help was available and that jumping would be disastrous for himself and his family. Sgt. Combee was able to convince the male to start making his way back toward the open area of the overpass fence, where he could get down off the ledge and be treated by the waiting Grady EMTs.

“After some time, the man complied. He was then taken to Grady for further evaluation and treatment.”

The police omitted the man’s name to protect his privacy.

“This incident could have ended in tragedy. We are grateful it did not. The Atlanta Police Department wants to thank Sgt. Combee, the responding Zone 1 officers, and Grady EMTs for their response and careful handling of this volatile and sensitive situation.

“The calm demeanor, professionalism and humanity displayed by Sgt. Combee is worthy of recognition. We are proud to have him and so many officers and supervisors on our force who act in the highest interest of the community each day.”

On Feb. 8, two Savannah, Georgia, police officers jumped into freezing waters to rescue a drowning woman trapped under a dock after she reportedly jumped from a city bridge. The unnamed woman was treated at the scene by paramedics, but her condition was not released.

«Previous Post
VIDEO: State Trooper Escapes Injury As Minivan Smashes Into Car He Pulled Over On Interstate»Next Post
VIDEO: 22 Rescued From Burning Cargo Ship Transporting Porsches And Lambos To US