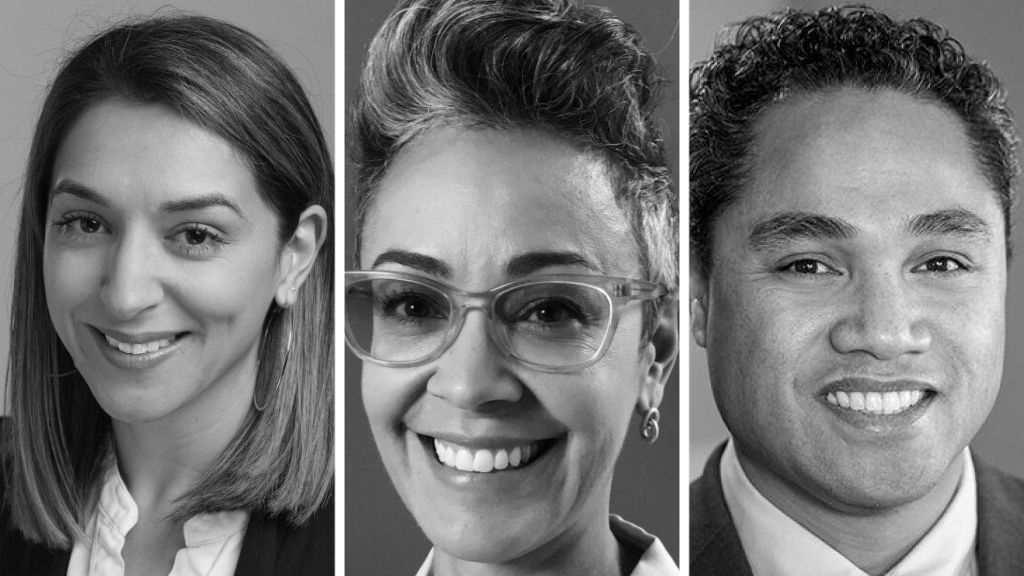 From left to right: School board members Gabriela Lopez, Allison Collins, and Faauuga Moliga were fired by the voters of San Francisco. (SFUSD)

In the first successful San Francisco recall in over 100 years, three school board members were voted out by more than 70 percent of the vote in the preliminary count.

The Feb. 15 special election was the culmination of two years of frustration over various issues: extended school closures, the proposed renaming of 44 schools, the ending of merit-based admissions at the elite Lowell High School, and a $100 million budget deficit.

The recall effort gained momentum in early 2021, when the school board made national headlines over a vote to rename 44 schools without a plan to reopen those very campuses, which had remained closed for nearly a year into the pandemic.

The board’s decision to end merit-based admissions at Lowell High School, which consistently ranked in the top 1 percent of California public schools, in favor of lottery-based admissions was seen by some parents as rushed and lacking community input.

Board member Allison Collins was then thrust under the spotlight when a series of 2016 tweets resurfaced, in which she said that Asian-Americans “use white supremacy to assimilate and ‘get ahead’.” When the board voted to remove Collins from her then-post as vice president over the tweets, she filed a lawsuit against the district for $87 million. The lawsuit was later thrown out by a judge.

The tweets, and subsequent lawsuit, didn’t go over well among parents of the school district, which is over 30 percent  Asian-American.

“The education issue seemed to be igniting some fire in the [Chinese] community,” said Man Kit Lam, a parent who volunteered for the Recall SF School Board organization. “It was emotional [to win]. Our instinct was right. It’s democracy in action.”

By the summer of 2021, there were thousands of parents who felt that the board had misplaced the priorities of their constituents and put their political ideologies over the needs of students. The recall was underway.

But anti-recall activists, including the San Francisco teacher’s union, were concerned about the timing behind the movement. The special election, which came 9 months before the regularly scheduled school board election in November, cost the school district $3.2 million.

Opponents of the recall said that the election was heavily funded by right-leaning billionaires looking to privatize the public school system. In an unprecedented raise for a school board election, $2 million was collected to fund the movement to oust the three board members.

Ethics filings show that a significant portion of funds came from wealthy individuals, such as tech magnate David Sacks, who donated $74,5000 to the recall campaign, and retired venture capitalist Artuir Rock, who donated $399,500.

Aside from big money, the movement was emboldened by multiple San Francisco politicians who endorsed the recall effort, including Mayor London Breed.

“The voters of this City have delivered a clear message that the School Board must focus on the essentials of delivering a well-run school system above all else,” said Breed in a statement following the election results. “San Francisco is a city that believes in the value of big ideas, but those ideas must be built on the foundation of a government that does the essentials well.”

Breed will appoint three new members to the school board within ten days of the recall’s formal acceptance by the Board of Supervisors. The new members, who are yet to be determined, will likely start on the board in mid-March, and remain on the board until new members are elected in the regularly scheduled November vote.

Moliga and Lopez each put out statements following the recall election result.

Collins, who received the highest number of votes to recall, was the last to put out a statement.

“Some will try to justify the recall as a necessary response to a school board that was too ‘woke’ for its own good,” said Collins. “It is a discredit and a disservice to 2SLGBTQIA+ communities and communities of color who for decades have been advocating for change, to suddenly craft a narrative that these are ideological time wasters by the board.”

In the end, it was historically left-leaning San Francisco voters who ousted the school board members by a margin of nearly 50 percent.