The alleged gang members had set up an altar for the doll alongside toy cars and candles.
By Joseph Golder February 17, 2022
Facebook
Twitter
Linkedin
Email 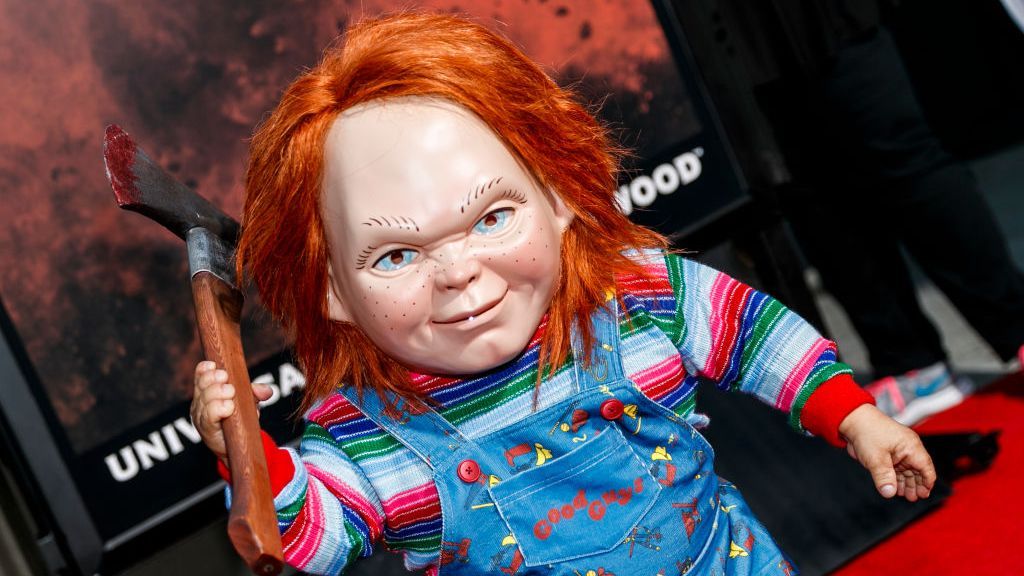 Cops who busted a car theft gang found the suspects worshipping a creepy, bald “Chucky” doll, similar to the doll that appears in the popular “Child’s Play” horror films, for protection.

The raid and bizarre discovery took place in the Peruvian capital of Lima on Monday, Feb. 14.

Peru’s National Police arrested the four suspected members of the “Chuckys de la Amistad” (Brotherhood of Chuckys) gang and found the statuette that police say was being worshipped.

The familiar figurine was wielding a gun, with a bullet placed on each of its shoes. It was clothed in a black jacket bearing the Nike logo, white T-shirt, blue jeans held up by a belt with the word “Nike” on it and white sneakers bearing the name Nike.

The doll was perched on an altar alongside toy cars, a partially consumed bottle of Johnny Walker’s Red Label whiskey, a toy dump truck holding a black wallet, a purse and four lit candles.

The toy cars, which are replicas of the sentient vehicles featured in the Disney animated film “Cars,” are said to represent vehicles the gang had stolen, with each candle representing a member of the gang.

In the “Child’s Play” franchise, which began in 1988 and includes seven films and a TV series, a doll is used as a conduit for the soul of fictional serial killer Chucky. While in the body of the doll, Chucky continues his infamous career as a murderer.

The doll found in the gang members’ possession was missing the character’s signature red hair, but the telltale scars on its face were a dead giveaway to the investigators.

The Holy Thugs are deceased criminals who have been canonized in a bizarre religion that has emerged in Venezuela, which is rife with violence. The country has a murder rate of approximately 14,000 deaths per year, making it one of the least safe places in the world.

The alleged car thieves were apprehended in Lima after the theft of a black vehicle in the district of Villa Maria del Triunfo on Monday afternoon.

Police tracked the suspects and arrested them four hours later, having found the vehicle in a garage along with weapons and ammunition and a GPS jammer.

The group had established friendships in prison as part of their operations, leading to the name “Brotherhood of Chuckys,” according to General of the Lima Police District Jose Zapata Morante.

Morante attributed the strange object of worship to “the superstition of the juvenile delinquent,” noting that “within their world view, they need support, reinforcement, protection from the afterlife. In this case, it was via a doll.”

The suspects reportedly ranged in age from 21 to 27 years old.

At the beginning of the film, he is shot by a detective and dies, with his soul entering a nearby doll.