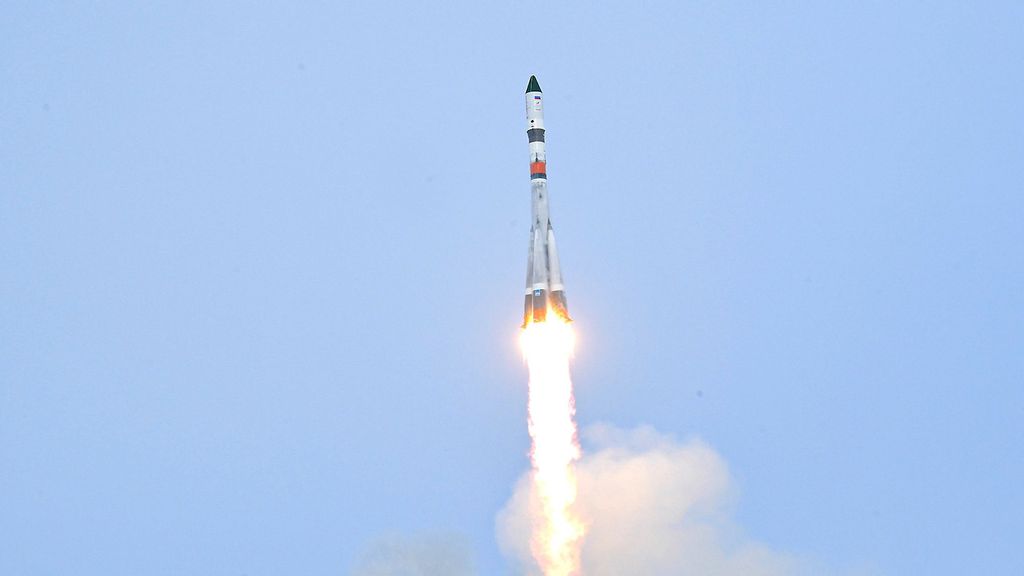 The Russian cargo spacecraft Progress MS-19 is on its way to the International Space Station and is scheduled to dock with the Poisk module of the Russian segment on Feb. 17 for a resupply mission.

The launch took place at the Baikonur Cosmodrome spaceport in an area of southern Kazakhstan leased to Russia. Liftoff of the Soyuz-2.1a rocket occurred at 11:25:40 p.m. EST Monday from the Site 31 launch complex at Baikonur, where the temperature was about 15 degrees Fahrenheit.

“After 8 minutes 48 seconds, the separation of the ship and the third stage of the carrier was recorded, and then the solar panels and antennas were opened,” Russian space agency Roscosmos said in a statement.

The launch was timed for when Earth’s rotation brings the Baikonur Cosmodrome under the International Space Station’s orbital track.

Docking was planned to be carried out automatically under the supervision of specialists from the TsNIIMash Mission Control Center (part of Roscosmos) and cosmonauts Anton Shkaplerov and Petr Dubrov, the statement said.

About 3,527 pounds of equipment and material were being sent, including resource and maintenance equipment for onboard systems, medical supplies, sanitary and hygienic products, clothing, food rations and fresh food for crew members.

“In addition, in the cargo compartment, there are six small spacecraft of the CubeSat class ‘YUZGU-55′ No. 5-10 developed by the Research Institute of Space Instrumentation (part of Roscosmos) and radio-electronic systems of the Southwest State University [in Kursk], designed to be launched from the [International Space Station] during the exit into outer space,” the statement said.

There are also plant and microbiology experiments, including a bioprobe for studying the effects of microorganisms on structural materials in space. A “photobioreactor” experiment will investigate the possibility of harvesting food and oxygen from spirulina, a microalgae.

Also aboard the cargo ship are 950 pounds of propellant to refuel the station’s Zvezda module propulsion system, 926 pounds of drinking water and compressed gas to replenish the space station’s air.

In early January, anti-government protests across Kazakhstan involving violence and mass arrests led to a disruption of activities at the Baikonur Cosmodrome. According to Roscosmos, all launch campaigns for vehicles scheduled to fly to the International Space Station in 2022 have resumed.

The Progress MS-19 mission has been extended from 286 days to 370 days and is expected to be deorbited in February 2023.

NASA and Northrop Grumman teams in Virginia are preparing for the launch of a Cygnus cargo ship Saturday, with the spacecraft scheduled to arrive at the space station on Feb. 21.

«Previous Post
VIDEO: Russia Withdraws Troops From Crimea»Next Post
Chickpea Seeds Go Up In Space So We Can Eat Hummus On Mars