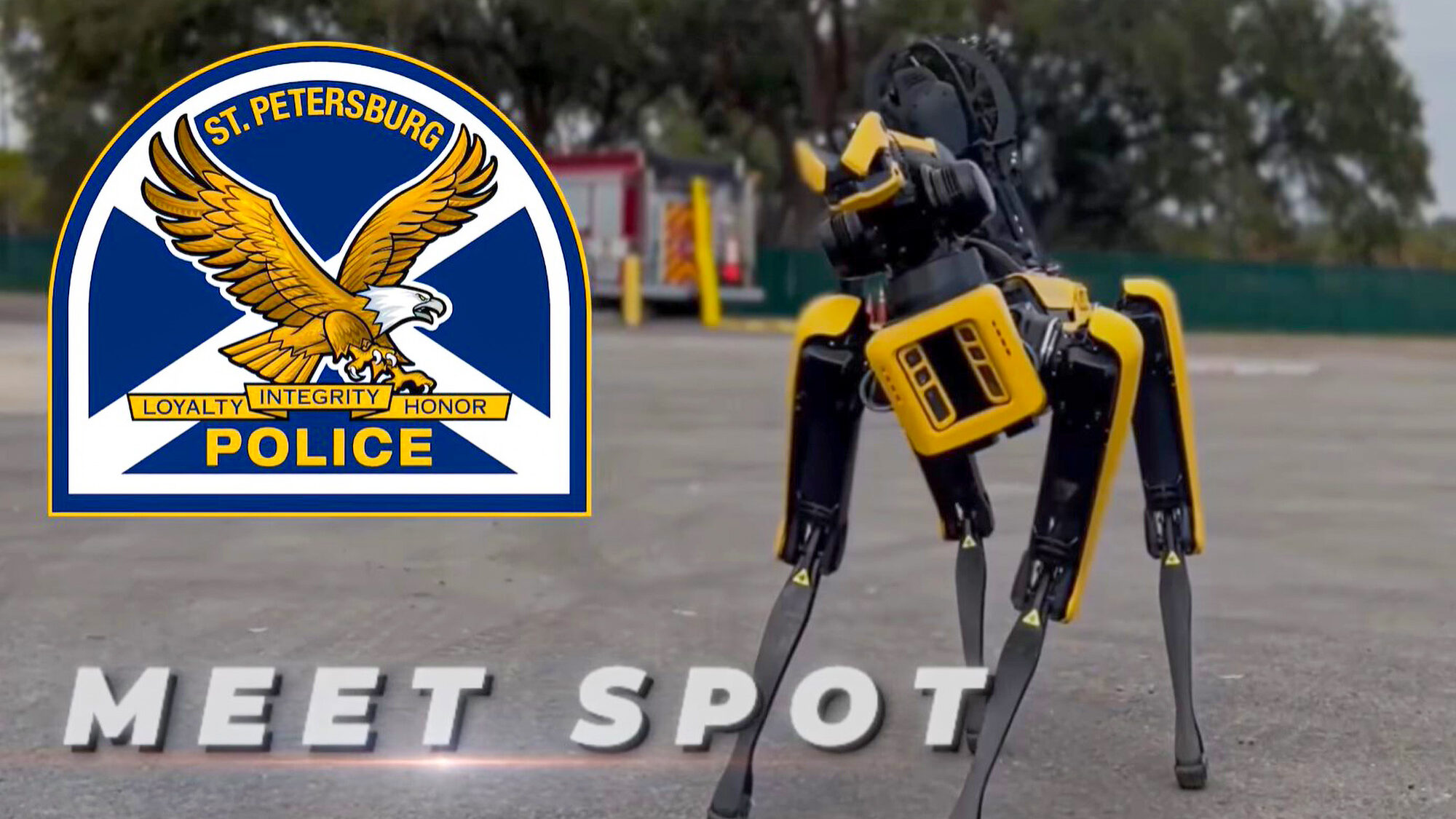 SPOT, a robotic K9, has joined the police force in St. Petersburg, Fla.

“SPOT is a remote-control robotic dog that can climb stairs, open doorknobs and move over rough or uneven terrain,” the St. Petersburg Police Department said in a message it posted along with images of SPOT on social media.

“It can be used in extraordinary situations that involve a threat to human life and/or risk for First Responders, including active shooter response, hostage situations, search and rescue in an unstable building, exposure to biological or chemical hazards, mass casualty incidents and natural disasters,” the police department said.

The Speer Foundation, created by a St Petersburg family, which includes the local owners of Realty ONE Group Sunshine, provided the funds to purchase SPOT.

The St. Petersburg Police Department said the robotic dog would be used to “deescalate intense situations or stand-offs, avoid use of force or any situation putting an officer or the suspect at risk with gunfire.”

SPOT, which will be deployed under the supervision of the SWAT (Special Weapons and Tactics) team, “has a camera so that the operator can ‘see’ what’s in front of SPOT and control its movements from a safe distance,” the police statement said.

SPOT also “has an intercom, allowing the operator to speak with and hear a person involved in a high-risk situation. This would be especially useful in situations where a suspect is barricaded in a building or is holding hostages.”

In the video shared by the police department, the black-and-yellow SPOT is seen moving along with a regular police dog and an officer. He climbs stairs, opens doors and seems to have a friendly relationship with his handler and fellow police dog.

The robotic dog can’t bite and doesn’t carry weapons that can harm people or animals. But it would be available for fire and rescue situations where it’s unsafe to deploy fire department personnel.

The police department in Hawaii reportedly spent about $150,000 in federal pandemic relief money to buy its robotic police dog from Boston Dynamics for use at a government-run tent city near the airport.

That raised anger among civil liberties groups. “Because these people are houseless it’s considered OK to do that,” Jongwook Kim, legal director at the American Civil Liberties Union of Hawaii, said. “At some point it will come out again for some different use after the pandemic is over.”

As for the new member of the St. Petersburg Police Department: “SPOT will not be used for crowd control, routine police calls, surveillance or intelligence-gathering outside of an identified high-risk situation, traffic control or any action to intimidate or coerce any person not involved in a high-risk incident,” police said.