Russian soldiers are returning to their permanent deployment points, but military exercises will continue at other training grounds.
By Peter Barker February 15, 2022
Facebook
Twitter
Linkedin
Email 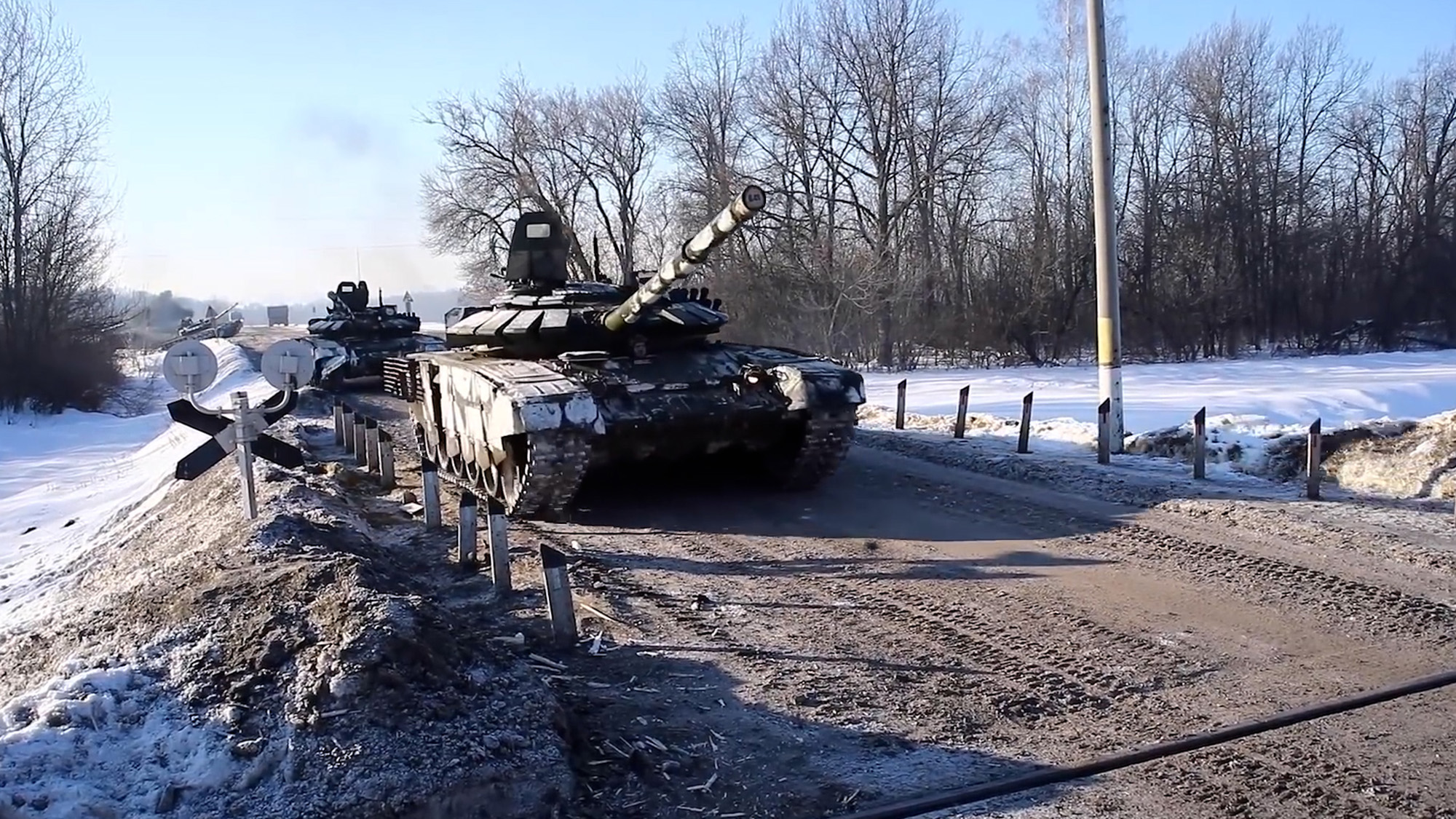 The Russian Ministry of Defense announced the withdrawal of troops from exercises in Crimea on Feb. 15.

The withdrawal was announced by Ministry of Defense spokesperson Major General Igor Konashenkov, who noted military exercises in the region are ongoing.

Konashenkov said “a complex of large-scale measures for the combat training of troops and forces continues. Almost all military districts, fleets and airborne troops take part in them.”

Russian forces remain in the Republic of Belarus, where the joint Russian-Belarusian exercise Union Courage 2022 is ongoing.

“The troops of the Eastern Military District and the Airborne Troops participating in this exercise, in cooperation with the Belarusian Armed Forces, are practicing repelling attacks against the Union State during a defensive operation,” Konashenkov said.

A live-fire drill is planned for Feb. 19 at the Obuz-Lesnovsky training ground, where Russian and Belarusian forces will “practice … conducting a defensive battle.”

The Russian general said media representatives and military officials at the embassies of foreign states in Belarus were invited to the practical actions as observers.

“A series of naval exercises involving surface ships, submarines and naval aviation is being conducted in operationally important areas of the world’s oceans and seas adjacent to Russian territory,” Konashenkov said.

“Exercises are continuing with formations and military units at other training grounds in the territory of the Russian Federation.

“As the combat-training exercises are completed, the troops, as always, will march in combined formations to the points of permanent deployment. The units of the Southern and Western military districts, having completed their tasks, have already begun loading equipment onto rail and road transport and will begin moving to their military garrisons today.”

At a speech at the White House Feb. 15, President Biden said: “The United States and NATO are not a threat to Russia. Ukraine is not a threat to Russia. Neither the U.S. nor NATO have missiles in Ukraine. We do not — do not — have plans to put them there, as well. We’re not targeting the people of Russia; we do not seek to destabilize Russia. To the citizens of Russia, you are not our enemy.”