‘Math Neurons’ Fire Up When We Add Or Subtract 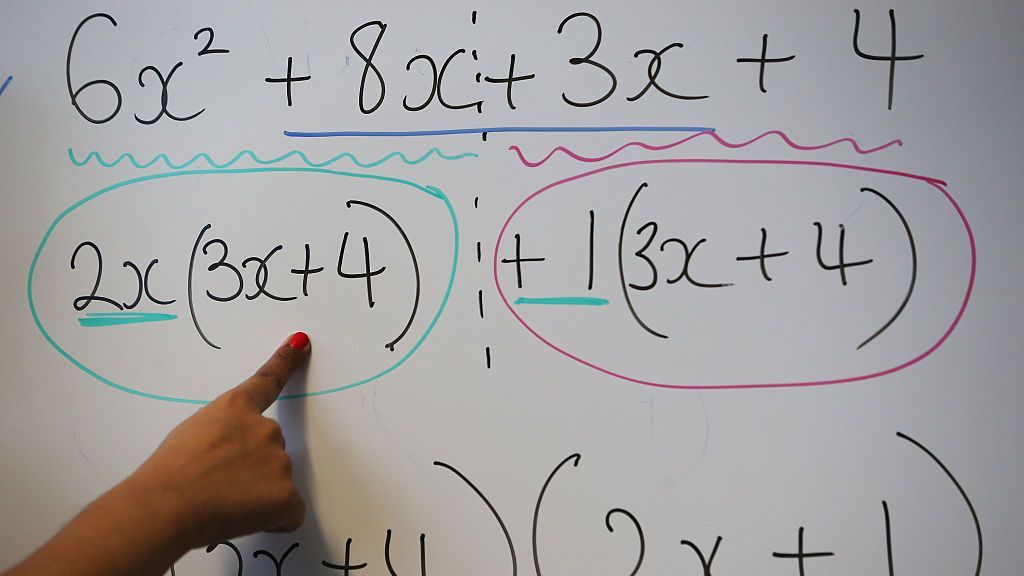 Scientists have found “math neurons” in the brain that react to addition and subtraction tasks. (Peter Macdiarmid/Getty Images)

As humans make calculations, specific neurons in the brain fire during certain mathematical operations, depending on whether addition or subtraction is being done.

Researchers at the Universities of Bonn and Tübingen in Germany found that certain neurons are activated exclusively during addition problems, while others are active during subtraction, regardless of whether the calculation instructions are given as words or symbols.

Until now, the processes occurring in the brain during these operations were largely unknown.

The researchers’ findings were published in Current Biology, with the study making use of a technique employed by their colleagues at the Department of Epileptology at the University Hospital Bonn. These scientists were implanting electrodes in epilepsy patients to locate precisely the areas of the brain affected by seizures. They found that seizures nearly always originate in the same section of the brain.

The probes they used can also measure individual neurons — the spindly, electrically excitable cells found in nerve and cerebral tissue that communicate with each other across microscopic gaps called synapses.

In the current study, the researchers examined four men and five women and implanted electrodes into the temporal lobes of their brains. The electrodes monitored the activity of the participants’ nerve cells as they performed simple arithmetic.

“We found that different neurons fired during additions than during subtractions,” said study co-author Florian Mormann of University Hospital Bonn.

“Even when we replaced the mathematical symbols with words, the effect remained the same,” said lead author Esther Kutter. “For example, when subjects were asked to calculate ‘5 and 3,’ their addition neurons sprang back into action, whereas for ‘7 less 4,’ their subtraction neurons did.”

This suggests that the neurons are encoding mathematical instruction, the researchers said. The probes accurately revealed the kinds of tasks the participants were calculating.

“We know from experiments with monkeys that neurons specific to certain computational rules also exist in their brains,” said co-author Andreas Nieder of the University of Tübingen, adding that there is little data on humans in this area.

Nieder and his collaborators found that in the parahippocampal cortex (PHC), the cells also fired specifically according to addition or subtraction tasks. But in making sums, different addition neurons became alternately active during one and the same arithmetic task. The team found that this was as if the “+” key was constantly changing its location. Called dynamic coding, this also happened with subtraction problems.

The PHC is a large part of the media temporal lobe, which is found beneath the temple at the junction of the regions of the brain that manage memory in the hippocampus and visual processing in the fusiform cortex.

“This study marks an important step towards a better understanding of one of our most important symbolic abilities, namely calculating with numbers,” said Mormann.