One of the swimmers later died. Powerful rip currents are responsible for the deaths of an estimated 100 people each year.
By Joseph Golder February 15, 2022
Facebook
Twitter
Linkedin
Email 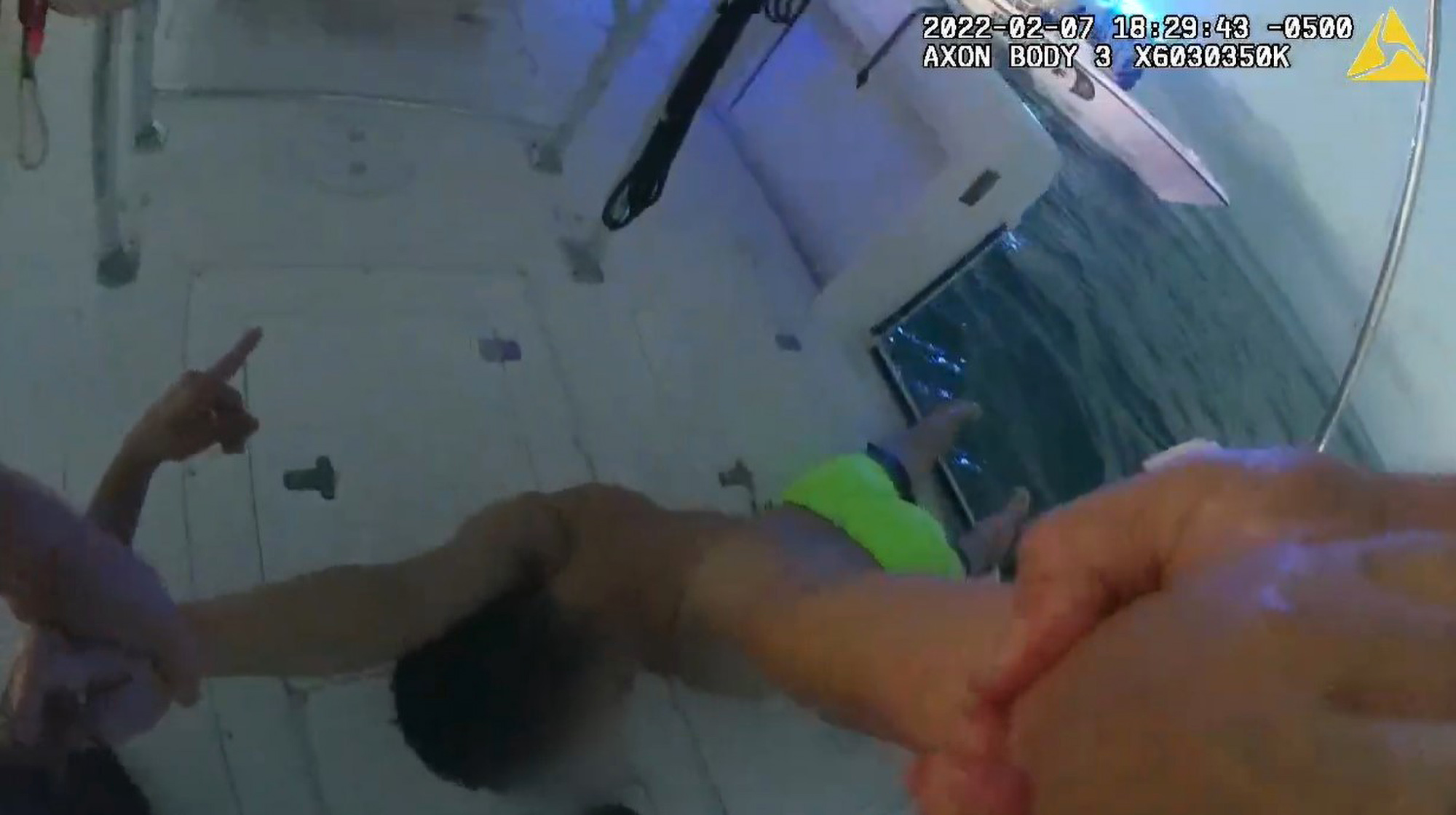 A Florida police officer pulled three swimmers from the Atlantic Ocean after they were caught in a rip current. One swimmer later died in the hospital.

The incident took place off the coast of Fort Lauderdale, Florida, on the evening of Feb. 7.

The footage was shared online by the Fort Lauderdale Police Department, which said it was “taken during a water rescue of three swimmers in distress.”

Officer John Rose jumped into a small boat to rescue the three men after they were dragged out to sea by the rip current, a powerful, narrow channel of fast-moving water. The current can move at speeds of up to eight feet per second, according to the National Ocean Service. An estimated 100 people are killed by rip currents each year.

Rose said the lifeguards had just finished for the day, leaving him to attempt to rescue the three swimmers by himself.

He said it was difficult to keep the boat stable, but he managed to get it close to the three people in the water. Two of the swimmers in the video kept the head of the third swimmer, who appears to be unconscious, above the water.

The unconscious swimmer was taken aboard the boat, where Rose attempts to perform resuscitation efforts.

Other vessels can be seen in the background as a helicopter is heard flying overhead. “Once they were in my vessel, [a Broward Sheriff’s Office boat] pulled up,” Rose said. “One of their deputies jumped on board and immediately started CPR.”

Shortly afterward, the three swimmers board the vessel, and they head to shore at speed in a desperate bid to save the unconscious man’s life.

The police boat arrives at the beach, where others are waiting to take care of the injured swimmer.

The other two swimmers also disembark, and the police officer turns his boat around and heads away from shore. The footage then cuts to the beach, where lifeguards and police officers can be seen observing the situation.

Two people, who appear to be lifeguards, enter the water and head toward the police officer’s boat a few hundred feet from the shore.

All three swimmers were taken to the hospital, where one died. The other two swimmers have been released.