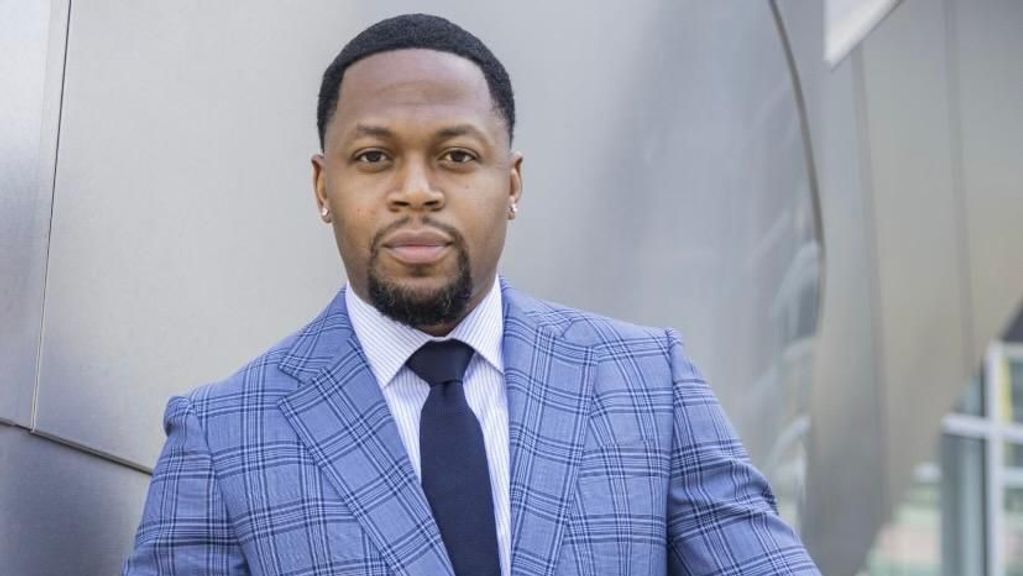 Although successful as a college basketball player, Antonio Buchanan wanted to dispel the narrative that you had to be a rapper or athlete to escape your circumstances as an African American male.

Joining the U.S. Navy paved the way for his successful journey. Buchanan has worked as a U.S. Marshal and an intelligence officer for the CIA. Today, he is CEO-managing partner at Capstone Investment Group — and works as an engineer for Microsoft. A trial-and-error approach has bred success throughout his life. The savvy 38-year-old has maximized every opportunity and is sharing his experiences in his new book, “Building Success Through Real Estate With AB,” to help others achieve their goals.

Antonio details his journey with Zenger, from traveling the world to amassing an impressive resume.

Zenger: When Ross [Williams] told me your story, I thought you were at least 70, given the life you have lived. What were your experiences?

Buchanan: We joke about that, but it’s kind of amazing some of the things I have accomplished in such a short period of time. I’m blessed. Everything started at a young age. I’ve always been motivated, always wanted more out of my life. Some people have to be motivated in a certain way to do certain things. For me, I didn’t personally have to experience anything to want more. I looked at other people that were either in a position to succeed in life and didn’t, for whatever reason. I didn’t want to be like that. That propelled me into my career.

Starting out in high school, I played basketball and went to college on a basketball scholarship. I realized I wanted more than just being a basketball player. In our community, we have a stigma. In order to be successful, you have to be an athlete or rapper, things like that. They don’t see us being successful outside that. At that period of time in my life, I made a decision: The chances of me going to the league [NBA] are very slim. I want to focus more on school, but I don’t want to pay for school.

So I went to a junior college on scholarship, then tried to get into a really good school for academics. Unfortunately, the school that I wanted to go to didn’t give me a scholarship. That’s when I joined the Navy.

I was stationed overseas. I did humanitarian-type things, visited 20 to 30 countries and just experienced life. Joining the military was hands down the best decision I ever made in my life, because it set me up for everything else that happened. I did three years in Japan, traveled all over the world, and I did my last year in Oklahoma City at an Air Force base. Once I completed that, I left Oklahoma City, I moved to Miami. In Miami, I was a U.S. Marshall.

Now, the jobs I’ve had in my life.

Every job I’ve had has been extremely difficult to get. Some statistics: You can apply to be a U.S. Marshal, but out of 40,000 applicants, we’re only accepting 50 across the board. You have to be very competitive and be on point. Everything has to line up. Fortunately, I made it and got through. I was a U.S. Marshal in Miami for a few years. I was on high-profile cases. I’ve come face to face with a terrorist, drug cartels, Colombian cartels, everything that you can think about. Kicking in doors, arresting people… all of that. Miami is the drug capital of the world. We were on high alert all the time.

Once I did that, I was like: “I want more! What other job can I do?” Sitting at my desk one day, I said, “I’m going to apply to be a CIA intelligence officer.” I applied, same exact thing, we get 20,000 to 30,000 applicants per month, good luck. Now, when I was a U.S. Marshall… I made it to the CIA, I’m like one of 10 black people out of 100. As a matter of fact, on my team for both, I was the only black person for a long time. It’s difficult, but for whatever reason, I’ve always excelled and made it beyond that. I did a plethora of things for the CIA as a computer engineer.

In the intelligence community, everything is very low-key and confidential. When I go to work, I don’t have access to my phone. I can’t talk to the outside world. There are certain things I can talk about, there are certain things I can’t talk about. After four years, I needed a change. I wanted to start a real-estate company, but I can’t do real estate and work there as well. Then, I said, what other job could I do that’s going to get me where I want to be outside the government? Boom… Microsoft came knocking at my door.

In my real-estate business, I have about 30-something units across five states: Mississippi, Indiana, Virginia, Maryland and Wisconsin. Another thing in my life: I’ve always worked full-time and always went to school full-time. I have three degrees: an associate degree in computer networking, a computer engineering degree, and a systems-engineering degree from Johns Hopkins. All the academics and all the hard work have paid off — and that’s why I am where I am today.

Zenger: Have you found a balance between the Microsoft job and your real-estate work?

Buchanan: Because Microsoft is my W-2 employer, it gets the bulk of my time right now. I have to perform. At Microsoft, I am No. 1 on my team. The other time I have is all real estate. Whether it’s on the weekends, on my way to bed before I sleep. People like to say, “I woke up early,” but what’s the benefits of waking up early if you don’t capitalize on that time? My days start at 4:30 in the morning because I’m able to do real estate in the morning before I start my job at 8 or 9:00. I’ve been doing that for years. When I’m done with my job, most people say how tired they are, and they don’t feel like doing anything. I’m more motivated because I know where my end goal is. I know where I want to be at.

Zenger: How did the military prepare you for all this?

Buchanan: The military was my first time away from my family. That was my first time being introduced to the hardships of life, difficult situations, being able to think on the fly, counter certain situations, being able to make split-second decisions. No matter how dangerous a situation may be or seem, you signed an oath, to protect and defend the U.S. and the Constitution. Nothing seemed hard to me.

When I think back on it, we went through some dangerous situations. As a U.S. Marshal, think about the threats you go against every day that are unknown. I did the same thing in the Navy. Working with foreign nationals, protecting the seas, protecting the lands, transporting Marines to shore. That was my first eye-opener to everything. [It] set me up for every other job I’ve had.

Zenger: What made you decide to share your real-estate expertise in a book?

Buchanan: I’m a humble guy, I’m very low-key, I don’t like being the center of attention. My mentor told me: “You have such a great story, you provide a lot of knowledge to a lot of people, you need to get your story out there. You would be doing a disservice to people that look like you, that won’t be in the same position. They’re going to see you and be motivated by the things that you have already done.”

It was important to me to say, it’s not about me, it’s about the people that I am catering to. When I’m giving a presentation, it’s not about me, it’s about my audience. I wanted to create this credibility, so people can say, he came from the same state I did, he did a similar thing I did. He’s an African American male, he’s young. I give them the motivation to be something bigger and better than a rapper or an athlete.

Zenger: For anyone that picks this book up, what will the takeaway be?

Buchanan: Everything! Life knowledge, discipline, consistency, the ability to change their mindset. They’re going to learn from mistakes that I made, and how I was able to navigate. One of the biggest things that I like about my book, it’s easy to give somebody knowledge. If I tell you, go out the door, turn right, and pick up something, as long as everything is in the exact place that I’m describing it, you’re good. What happens if there’s no right turn? Can you think on the fly? Do you know how to be analytical and made the right decisions?

One of the things I like about the degrees that I have, I was taught to be able to think on my own. It wasn’t like when we were in school, they give you a study guide, and the test was exactly like the study guide. For instance, if I tell you to give me numbers that equal 10. You can do, 5+5, you can do 8+2, you can do 9+1. There’s more than one way of deriving the answer. That’s what I like, and that’s what people will get out of this book.

Even though it is real estate, and we’re talking about certain things, everybody can approach it differently. It is different ways to invest in real estate.