The captured suspect confessed to stealing an estimated $22,000 from the coin machines. It took him a minute to extract the money.
By Peter Barker February 14, 2022
Facebook
Twitter
Linkedin
Email 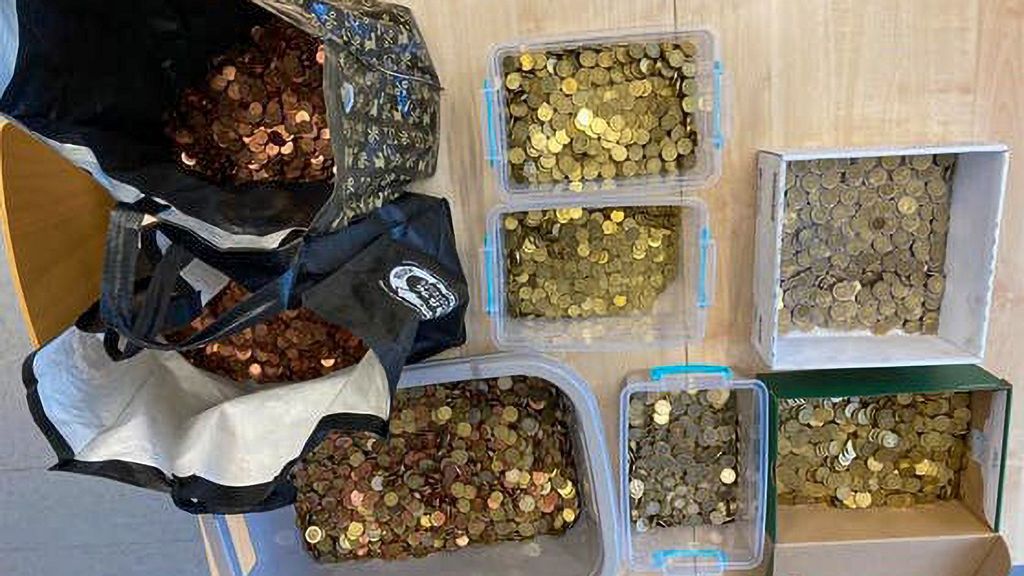 An Austrian man was caught by police after breaking into coin-counting machines for a living and stealing more than $22,000. (Lower Austrian Police/Zenger)

Police in Austria have arrested a man who they claimed earned a living by breaking into coin-counting machines in bank lobbies. Total damages are estimated at more than $22,000.

They are now examining similar incidents in the states of Upper Austria, Lower Austria and Vienna to determine if the same suspect was behind them.

Officials said it took the perpetrator, who had clearly perfected his craft, only a minute to steal the coins from the machines with a tool.

A specialized crime unit tried to track down a car following a raid in the lobby of a bank branch in Linz.

The vehicle was eventually located in the district of Donaustadt in the Austrian capital of Vienna, more than two hours away.

State prosecutors in Linz identified the suspect and ordered a search of his residence on Feb. 8, though he was not named.

Police officers seized several bags and containers full of coins from his residence, including the haul from his latest raid.

They also confiscated clothes and tools, including a short crowbar and two screwdrivers, from his car.

The suspect was arrested at the scene and taken to Linz Prison. He confessed to police and stated he had financed his living with the burglaries.

Investigators said they were certain the same suspect was behind at least another 10 such cases in Linz and Vienna between Oct. 23, 2021 and Feb. 7, 2022.

The State Criminal Police Office of Lower Austria is continuing to carry out extensive investigations into possible similar burglaries.

In late December 2021, Clark County, Washington, sheriff’s deputies arrested a Las Vegas man accused of dressing up as a CoinStar employee and stealing more than $5,000 in coins from the machine at the Brush Prairie WinCo in Vancouver, Washington, according to The Chronicle.

The suspect, Richard Pena, was booked on suspicion of first-degree theft and criminal impersonation. A store staffer told deputies a man used a key to open the CoinStar machine, then loaded the cash box onto a dolly before transporting it to a white van.

Pena told the arresting officers he did not have a job and needed the money. He can be seen on store surveillance video as he opened the machine, according to court records.