A routine traffic stop quickly turned into a death-defying incident for the brave officer who held onto his suspect to the end.
By Peter Barker February 13, 2022
Facebook
Twitter
Linkedin
Email 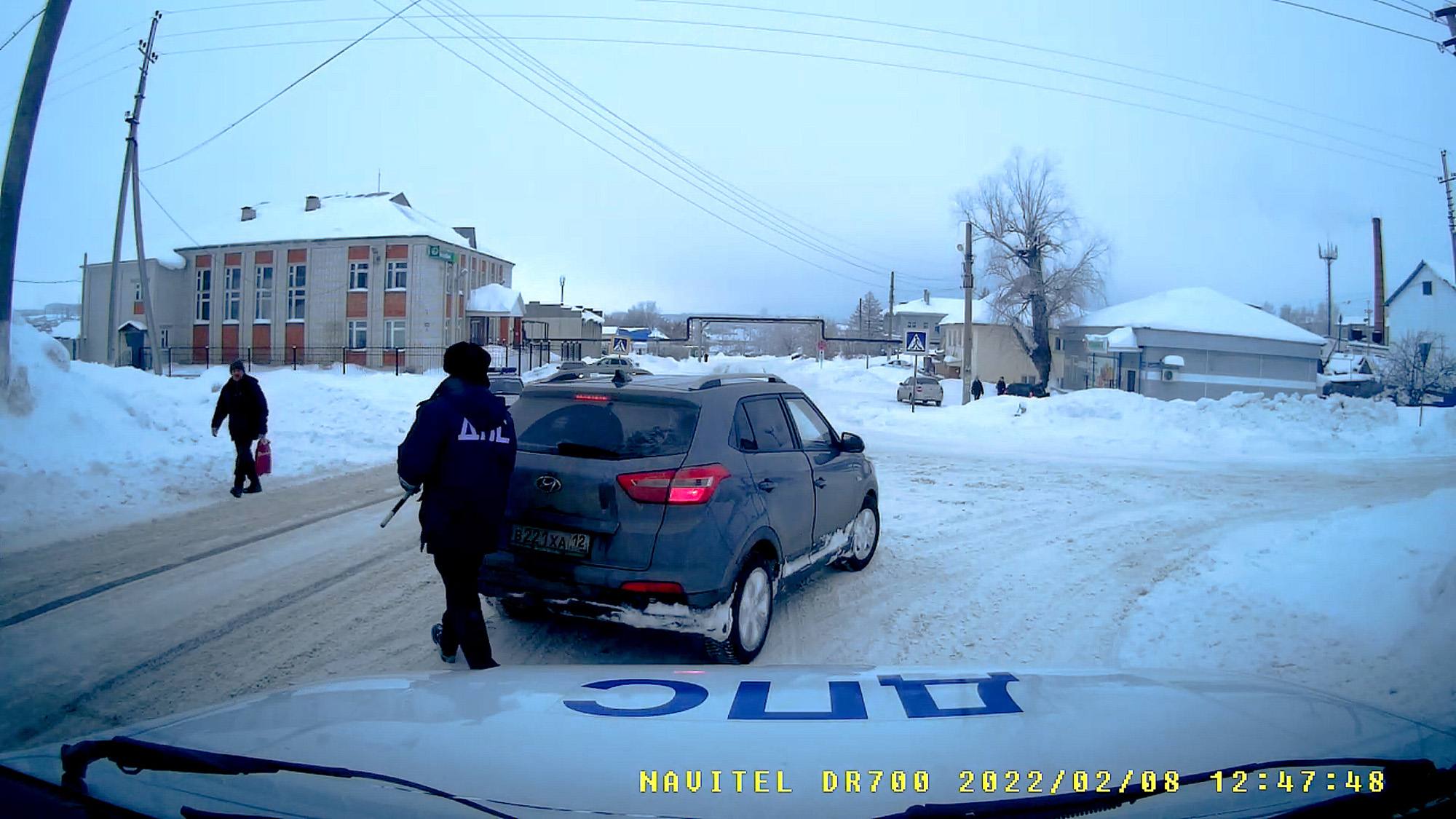 A police officer approaches the door of a drunk-driving suspect following complaints of reckless driving in the Republic of Mari El in Russia on Feb. 8. The officer was dragged through the streets while holding onto the car door's armrest as he tried to get the driver to stop the vehicle. The incident ended with the arrest of the suspect, and no serious injuries were reported. (Ministry of Internal Affairs Republic of Mari El/Zenger)

A Russian cop was forced to “ski” on icy ground in his shoes while being dragged by a fleeing drunk driver. The officer was able to get hold of the steering wheel and maneuver the vehicle into a snowdrift.

The shocking incident took place in the village of Morki in the district of Morkinsky in the western Russian republic of Mari El on Feb. 8.

The brief encounter captured on video shows the Hyundai driver come to a stop after being chased by a police car. The cop approaches the driver’s side of the vehicle as another patrol car arrives on the scene from the opposite direction, almost blocking the path of the suspect’s vehicle.

The suspect suddenly takes off, swerving around the second patrol car, which he narrowly avoids hitting. He accelerates while the officer holds onto the armrest of the now wide-open car door. The officer skids along the icy street in only his shoes for about 15 seconds, as his partner gives chase in their vehicle.

The endangered officer struggles to reach into the speeding car, and when he finally succeeds, the car hits a snowdrift on the side of the street. Police detain the driver immediately.

Local residents had complained to the authorities of the driver’s reckless driving through the village streets earlier that afternoon, leading traffic police to stop him for questioning. He was presumed drunk.

The 53-year-old man driving the gray Hyundai car had initially pulled over at their request. However, when the police officer questioning him asked him to exit the vehicle, he tried to speed off, officials said.

The officer reacted quickly, grabbing hold of the door and armrest as the drunk driver accelerated. The car traveled several feet, dragging the officer past oncoming traffic and endangering his life. The police officer was finally able to grab the steering wheel and quickly steer the car off to the side into a snowdrift. Once the vehicle came to a complete stop, the officers arrested the man.

According to the Ministry of Internal Affairs, records show that the driver, a local resident, had previously gotten into legal trouble for refusing to submit to a test for alcohol consumption. He repeated this offense in the current incident, refusing to be tested at the police station. His car has been impounded, and criminal proceedings have been initiated.

The officer appeared unharmed as he and his colleagues took the suspect into custody.