The new look took photographer and mountaineer Soner Yalcin by surprise when he reached the summit after a heavy snowstorm.
By Joseph Golder February 13, 2022
Facebook
Twitter
Linkedin
Email 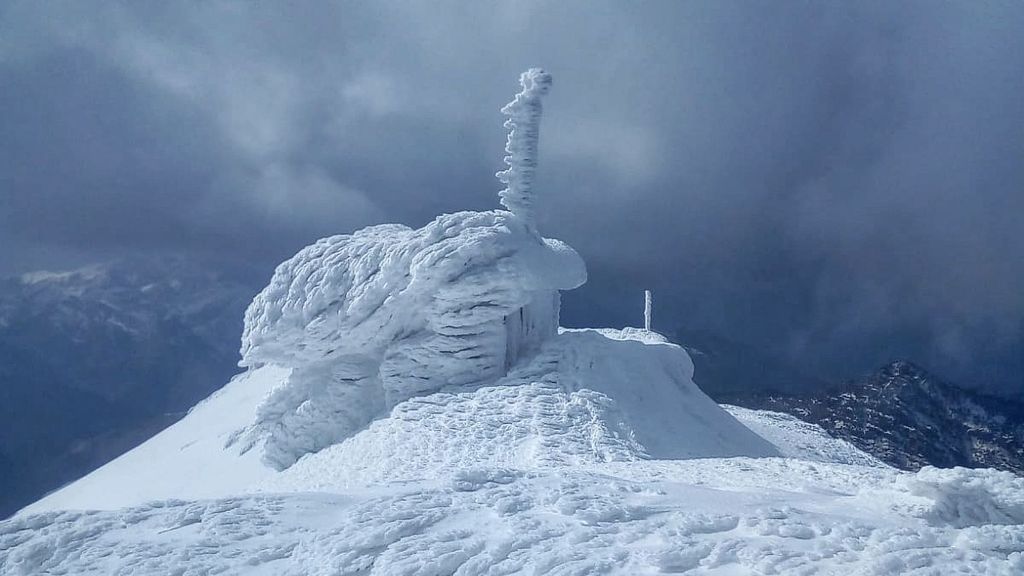 An unused watchtower on Uludaz Plateau in Kahramanmaras, Turkey, gained the appearance of a huge swan in the aftermath of icy, snowy weather. (Soner Yalcin/Zenger)

A mountaintop watchtower used to detect fires has been transformed into a massive ice sculpture resembling a “huge swan on ice” following heavy snowfall in the region.

The watchtower, located at the top of the Uludaz Plateau on Cimen Mountain in the Kahramanmaras Province of south-central Turkey, was covered in snow and frost last week.

Roads and villages were reportedly closed, but this did not stop photographer Soner Yalcin from scaling the mountain, where he was able to capture the watchtower’s breathtaking transformation.

Soner, who was unprepared for the sight that would greet him at the mountain’s summit, said in an interview that he thought the snow-covered watchtower looked like “a huge swan on ice.”

He said it was not abnormal for snow to fall on the mountaintop. Moreover, despite Turkey’s reputation as a warm-weather destination, there are many mountains across the country.

Soner said it was normal to have a bit of winter snow in the region, which enjoys a typical Black Sea climate. However, the volume of snow that fell during last week’s snowstorm was uncommon, he said, confirming that this is what gave the watchtower its new look.

“It snowed, then frost hit, and it snowed on it again and again. Then it turned into this when the sun and wind blew,” said Soner.

Soner, who started pursuing his passion for photography and mountaineering fairly recently, said he was disappointed by the lack of exciting opportunities offered by a small photography community he had joined a few years ago. This spurred him to find a new approach and subject matter, which is why he “started doing mountaineering and photography together.”

Soner said that being a mountaineer requires discipline, self-confidence, courage and adrenaline. He also stressed that health and safety must be the top priority.

He was eager to describe his experiences at the top of Cimen Mountain. “Every season is wonderful. For example, when you camp in the extreme heat of [the] summer months, you experience the winter season after the sun goes down. Since the lower part of the tower is forested, it is covered with various wonderful trees,” he said.

“Also, at the summit of Cimen Mountain in the Uludaz Plateau, there is a ladybug festival in the summer. It is possible to see ladybugs almost everywhere.”

The watchtower is no longer in use, so it will retain its new look until the weather dictates otherwise.