A woman jumped from a Savannah, Georgia, bridge and was saved thanks to a team effort by first responders and citizens.
By Lee Bullen February 12, 2022
Facebook
Twitter
Linkedin
Email 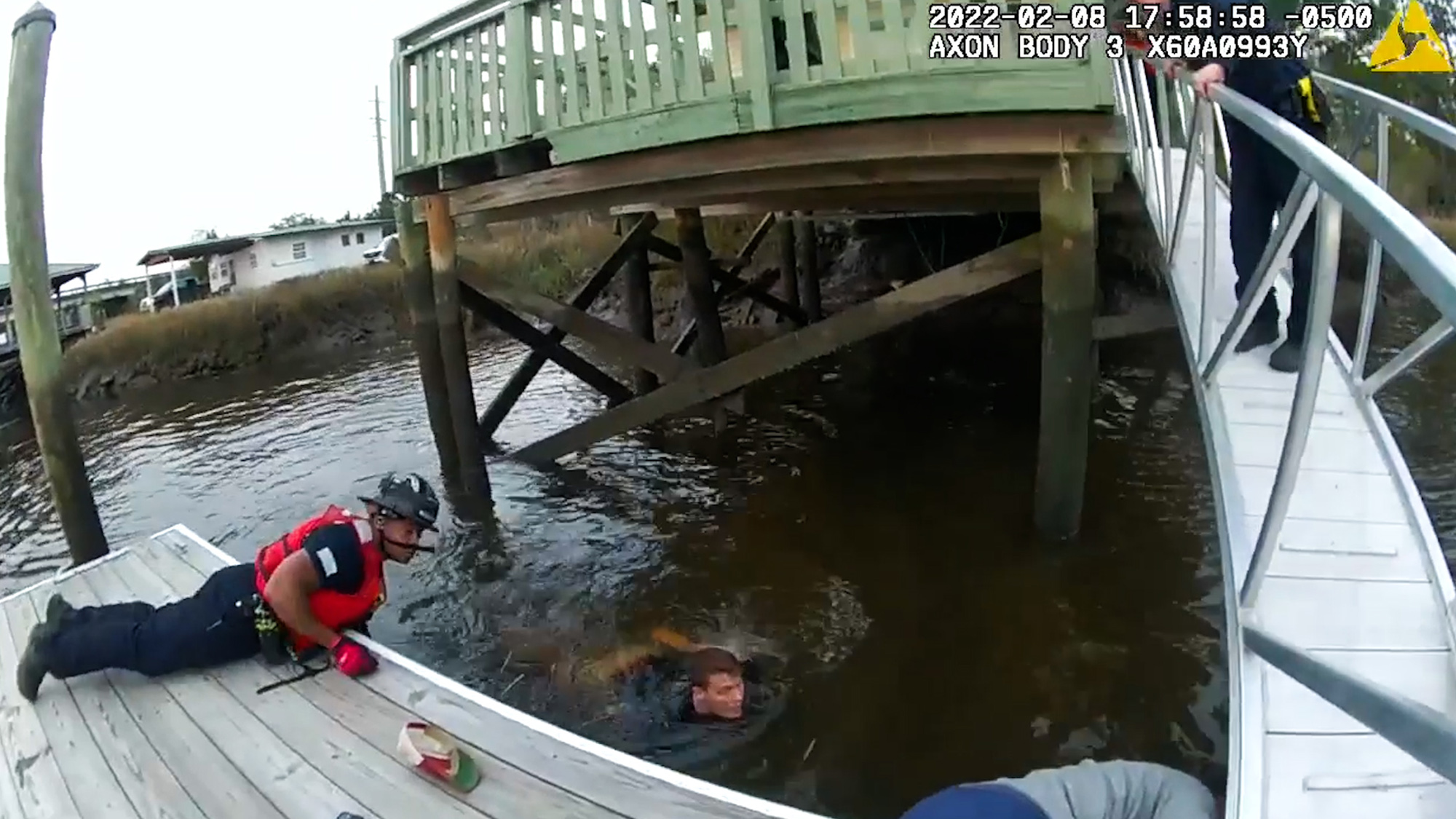 Police officers jumped into freezing waters and rescued a drowning woman who had jumped off of the Forest River Bridge in Savannah, Georgia, on Feb. 8. (Savannah Police/Zenger)

Two Georgia cops jump into freezing waters to rescue a drowning woman trapped under a dock after she reportedly jumped from a city bridge.

The rescue was filmed at Forest River Bridge in Savannah, Georgia, on Feb. 8.

The police responded to a 911 call, in which a witness reported a shoeless woman leaning over the bridge. “Oh, my God, she just jumped. She just jumped,” the caller told a 911 operator.

The Savannah Police Department said in a statement on Feb. 10: “Two Savannah Police officers jumped into freezing waters Feb. 8 and rescued a drowning woman who had jumped off the Forest River Bridge.

“Around 5:15 p.m., officers were dispatched to the Forest River Bridge, located at Abercorn Street and Heroes Way, after someone witnessed a woman leaning far over the bridge.”

The police added: “When officers arrived, the woman had already jumped into the river and could not been seen.”

Savannah Police said additional officers, along with Chatham County Police officers, firefighters and EMS responded to the scene to help locate the woman.

“Residents who lived in the area assisted with the search efforts and allowed officers to search the water from their boats.

“After searching the area for some time, officers heard gurgling and found the woman was under the water under the dock that some of them were standing on.”

The officers on the dock attempted to pull her up, but were unsuccessful.

“Understanding that time was of the essence and the woman had been under the freezing water for some time, two officers — Sgt. Sharif Lockett and Officer William Fitzpatrick — jumped into the water and collectively worked to pull the woman onto the dock.”

The unnamed woman was treated at the scene by paramedics, but her identity and condition have not been released.

Police Chief Roy Minter said: “It was definitely a team effort for all officers, first responders and citizens involved — from the extensive search to the rescue.

“We know that had these officers not responded and acted so quickly this could have had a tragic outcome.”

A few days earlier, on Feb. 5, rescue personnel responded to a suicide attempt at the Governor Thomas Johnson Bridge, which joins Calvert and St. Mary’s counties in Maryland. A crew of divers located the woman, who was transported to a local hospital, but died a short time later, reported Southern Maryland News Net. Citizens have petitioned the Maryland State Highway Administration to add safety netting to the bridge.