VIDEO: Living The High Life: Chicago Woman Asks Her 2 Dogs Which One Ate Her Cannabis Edibles

The pit bulls slept for hours after eating the edibles, even as the video of their owner quizzing them became a TikTok sensation.
By Joseph Golder February 11, 2022
Facebook
Twitter
Linkedin
Email 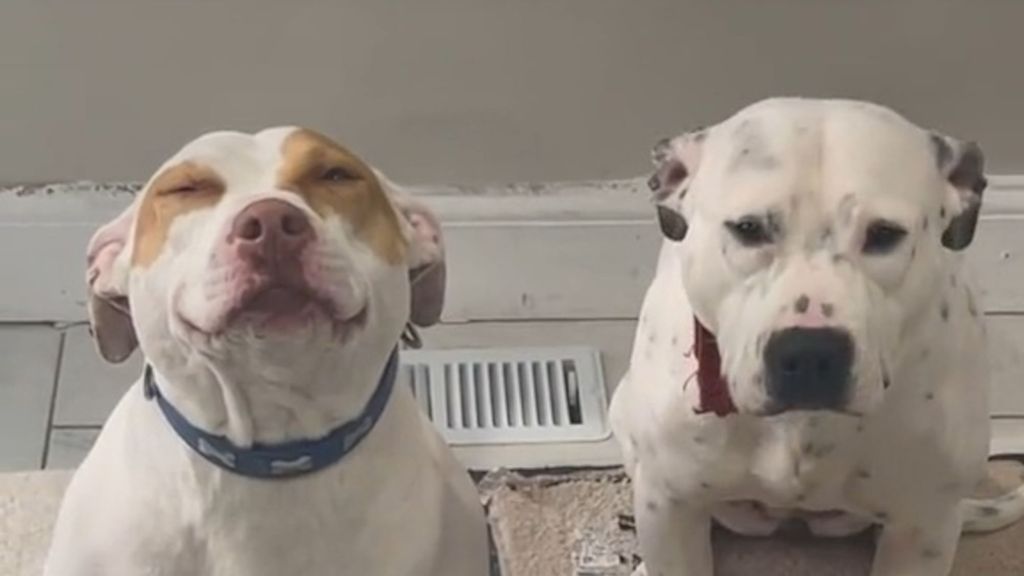 A woman in Chicago asked her two dogs on TikTok which one ate her cannabis edibles after her pit bulls raided the kitchen. And the video drew more than 26 million views and 3.7 million likes.

The dogs’ owner, LaToya Brinson, said they eat anything they can get their paws on.

Brinson filmed the footage after suspecting one of her pets had eaten the edibles.

The two dogs, Kaoir (black spots) and Khole (brown spots), are what Brinson calls “MacGyver” pooches. “They can get in and out of everything. They watch me and when I’m not around, practice. They plan when they will make their move.”

In the video, the two canines sit in front of their owner. One appears disinterested, while the other seems to be squinting, vigorously wagging its tail. Brinson asks: “Has anybody seen my edibles? That were in my purse on the [kitchen] island?”

“The one with the black-and-white spots had the munchies and ate everything,” Brinson said in an interview. “I’m sure she didn’t have as much as her sister. I posted the funny video, but I was scared as hell. Khole, she was a little sick toward the end. They both slept for six hours.

“Kaoir is beyond active and hyper. She was quiet until she went to sleep. That was the plus. I was scared for Khole, but at the same time she really enjoyed it. I’m sure it took the pain from her knee.”

Khole has a birth defect, which Brinson says causes her knee to pop out of the socket. “I’m hoping, maybe, since the [story] went viral, I can raise money to pay for her surgery ($3,000) and training for both of them. Without the surgery, she can’t play and do the things puppies do. She also is in pain at times.”

Brinson said she consulted with a vet to ensure the dogs were all right after eating the edibles. “They didn’t digest enough to cause damage. We were recommended to watch and let pass.”

Brinson said the dogs’ “primary caretakers” are her daughter Lakiylah Mitchell and her godson, 10-year-old Corey. “Corey just plays and lays with dogs every chance he gets. He was too soft with them. They try to bully him.”

She said the dogs “have fights like regular sisters. I really think they are human at times. They have real attitudes, and I know they are cursing me out at times,” Brinson said.

Brinson said the dogs were rescued from being sold for breeding purposes. “When we first got them at 12 to 14 weeks, Khole had a bad eye infection, and Kaoir was so timid and would make loud screaming noises if she thinks you’re about to hit her. She doesn’t do it anymore, but is still timid. That’s just her personality.”

She also warned people against getting pit bulls, unless they have the proper training and are able to handle the dogs. She said poorly trained dogs could become vicious while trying to protect themselves.