The worried owner had to be comforted and restrained from running back into the blaze to save his pet.
By Peter Barker February 11, 2022
Facebook
Twitter
Linkedin
Email 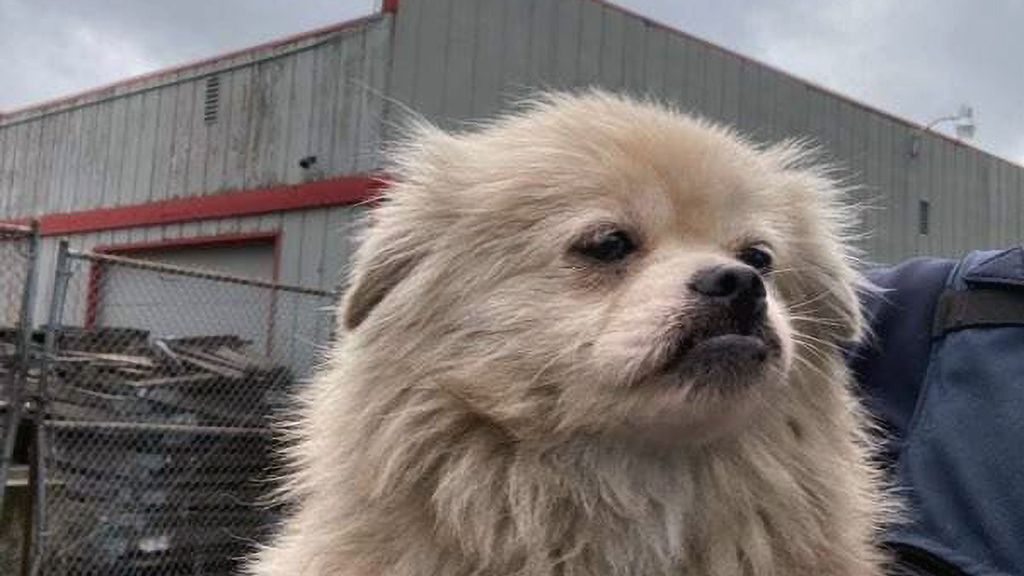 Kookie is back with her owner after Pierce County sheriff’s deputies and firefighters rescued the dog from a residential fire in Parkland, Washington, on Feb. 3, 2022. (Pierce County Sheriff/Zenger)

A Washington State police officer consoled a man whose dog was trapped in his burning home before firefighters rushed in and saved it.

The blaze took place in the town of Parkland, Washington, on Feb. 3.

Pierce County Sheriff’s Department released images of the fire and the dog, named Kookie, being rescued by firefighters and given oxygen.

The police said in a statement on Feb. 4: “Yesterday, our deputies responded to a fire at a residence at 144th St S and Pacific Ave S near our Parkland-Spanaway precinct.

“When Deputy Dech arrived, witnesses told her a man was trying to go back inside the residence to save his dog,” the sheriff’s office said.

“Deputy Dech saw the flames coming from the residence and knew it was far too dangerous for the man to go back inside. As Deputy Dech rushed over to the door, a burst of flames came from the house.”

The worried owner kept insisting he wanted to save his dog. “Deputy Dech stayed with the man and comforted him as Central Pierce firefighters went into the residence to search for the dog,” the sheriff’s office said

“Thankfully, firefighters found the dog and rescued him from the flames. Kookie was given oxygen and is expected to be just fine.

“Deputy Dech showed the courage our deputies have to put themselves in danger to help others. She also showed compassion by comforting the resident during what must have been the longest minutes of his life.”

A local resident has launched a GoFundMe campaign to help the dog owner “start over.”

Two cats were also killed in the fire.

Organizer Jessica Dolan said: “Kookie and her human’s house was destroyed in a fire. The home was a total loss, including 3 more beloved pets. Jim, Mike and Kookie were able to get out alive. Pierce County Sheriff’s Deputy Dech was able to keep Jim, Kookie’s distraught dad, safe while Central Pierce Fire and Rescue saved Kookie and provided life-saving oxygen. This is a small close-knit community and this family could use all the help possible to start over and pay for Kookie’s vet bills.”

Mike Wilt and his uncle Jim, the man in the video worried about his dog, both lived in the house.