The second booster with Pfizer or Moderna raises antibodies but not enough to protect against the Omicron Covid-19 variant.
By Abigail Klein Leichman February 11, 2022
Facebook
Twitter
Linkedin
Email 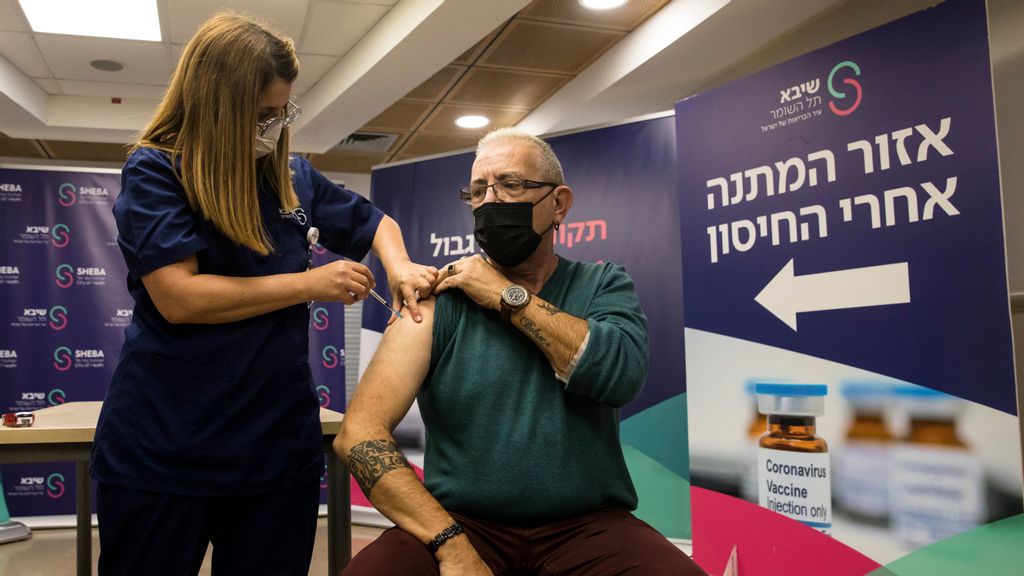 Preliminary results of the world’s first study of a fourth dose of Covid-19 vaccines the second “booster” dose— indicate it is not effective enough against the current Omicron variant of the SARS-CoV-2 virus.

“These are very preliminary results, and this is before any publication, but we’re giving it out because we understand the urgency of the public to get any information possible about the fourth dose,” said lead researcher Dr. Gili Regev-Yochay, chief of Sheba’s Infectious Disease Unit.

It’s been two weeks since the first group of 154 Sheba medical personnel received the fourth Pfizer dose and one week after another 120 employees received a Moderna booster. Both groups previously had three doses of the Pfizer vaccine.

“What we see with the Pfizer vaccine after two weeks is a pretty nice increase in the number of antibodies – even a little higher than we had after the third dose – yet this is probably not enough for the Omicron,” said Regev-Yochay.

She based that conclusion on Sheba’s ongoing serology studies of vaccinated healthcare workers.

“We know by now that the level of antibodies needed to protect from getting infected with Omicron is probably too high for the vaccine. Despite being vaccinated, people are getting infected— perhaps a slightly lower level of infections compared to the control group— and that’s probably not good enough.”

She added that the third dose resulted in many more antibodies in terms of quantity and quality than were formed after two doses.

“What we see right now (after the fourth dose) is an increase in number similar to what we saw after the third dose, meaning it’s not really a booster. We see a light improvement and if we were still in the Alpha or Delta [phases] maybe we’d be in a much better state. But since Omicron is so infectious and so much more resistant to the vaccines, we are in a much different state.”

So far, there doesn’t seem to be a significant difference in results between the Moderna and Pfizer booster, she added.
Regev-Yochay said she believes these findings support the Israeli government’s decision to offer a fourth vaccine to vulnerable populations since “it may give a little benefit. But probably not enough (benefit) to support a decision to give it to all the population.”

However, she did urge that given the rise in Covid-19 among children, kids over the age of five should receive three doses to help prevent serious illness.

Regev-Yochay pointed out that newer formulations of the Covid-19 vaccine against the Omicron strain are expected in the spring, and that it’s likely annual Covid-19 shots will be given along with annual flu shots.