VIDEO: Nuts! The Squirrel-Suited Flier Who Hurls Himself Off Cliffs

With a wing and a scare, a daredevil skydiver races in a superfast wingsuit.
By Arian Movileanu February 10, 2022
Facebook
Twitter
Linkedin
Email 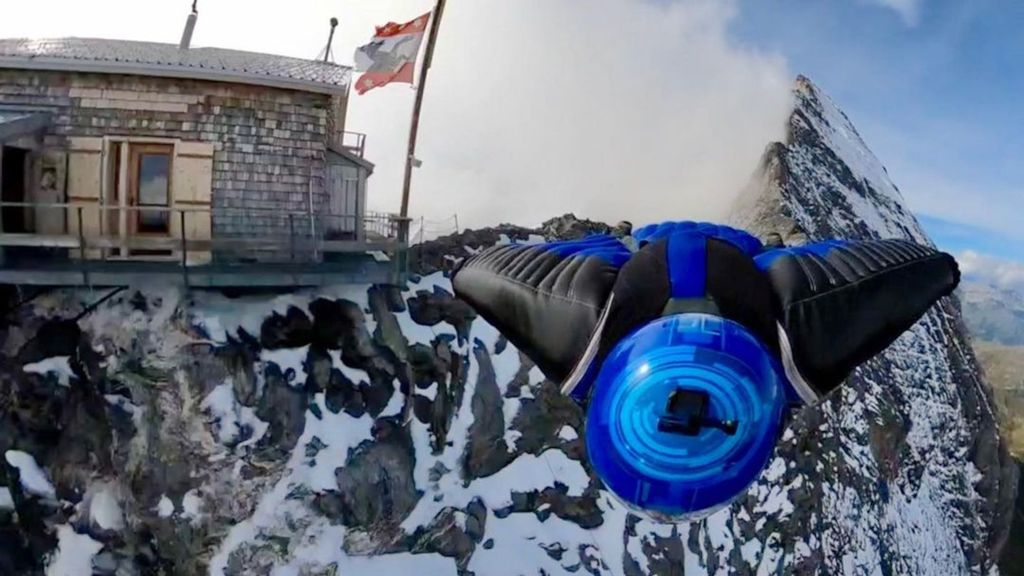 Daniel Darby is a competitive wingsuit pilot and coach from Florida. He started skydiving at 18. (@dandarbybase/Zenger)

A Florida man zooms through the air like Superman, thanks to his Squirrel wingsuit, a webbing-sleeved jumpsuit, and years of skydiving experience.

Daniel Darby of DeLand, Florida, is a competitive wingsuit pilot who began skydiving at the age of 18 and was BASE jumping, parachuting from fixed objects, the next year.

“When I started skydiving, I saw a bunch of my friends flying wingsuits, and they thought it was the best thing ever. I waited a few years to try it out, but once I got the hang of it, and I got to fly by my first cloud, it was all I ever wanted to do,” Darby said in an interview.

“Wingsuits are not physically hard to fly. There’s not a ton of pressure that you have to resist, they are fairly pressurized, so they help hold you in place. But in order to reach the top speed your suit is capable of, you do need to push quite a bit.

“There’s definitely a learning curve when first flying a wingsuit, and you have to have 200 skydives before you can start.That’s usually about one year of active/casual skydiving. You could do it faster, but that’s about average.

“I love to fly everywhere. Cliffs, helicopters, airplanes, paragliders — I want to jump off of it all. There are still a few ‘dream jump’ type locations in Italy, France and Switzerland, but pretty much anywhere there’s a mountain, I want to fly down it.”

Darby said: “There are many models of wingsuit, some go really fast, some start flying in very little altitude, some are great for barrel rolls and flying with friends. I tend to want to fly whatever suit is the fastest, that’s where I feel the best.

“I almost always fly in the Squirrel C-race. It’s a competition suit that is the fastest in the world. The parachute systems we use are designed with wingsuiting in mind. The container is extra long, so we don’t have to reach back as much when it’s time to open the parachute — and the parachute itself is designed with the physics of being opened behind a wingsuit in mind.”

Darby, who teaches skydiving and wingsuiting full time, said: “Many wingsuiters wear a GPS tracker. We can see on a graph how fast or far we can fly. We later take that information and overlay it on a map to see where we can safely jump, we tend to be pretty analytical and data-driven.

“I like to share my experiences with the world! Being able to fly is pretty special. There is some misunderstanding surrounding these sports. I just want to be a positive ambassador showing the public we’re not all crazy people, we just want to have a good time.”

«Previous Post
Boy On The Mend After Neighbor’s Dog Shook Him ‘Like A Chew Toy,’ Almost Killing Him»Next Post
Duck Rescued After Getting Trapped In The Ice On Frozen Detroit River