US Mobilizes 10,000 Troops For Joint Exercise With Japanese Navy In Philippine Sea 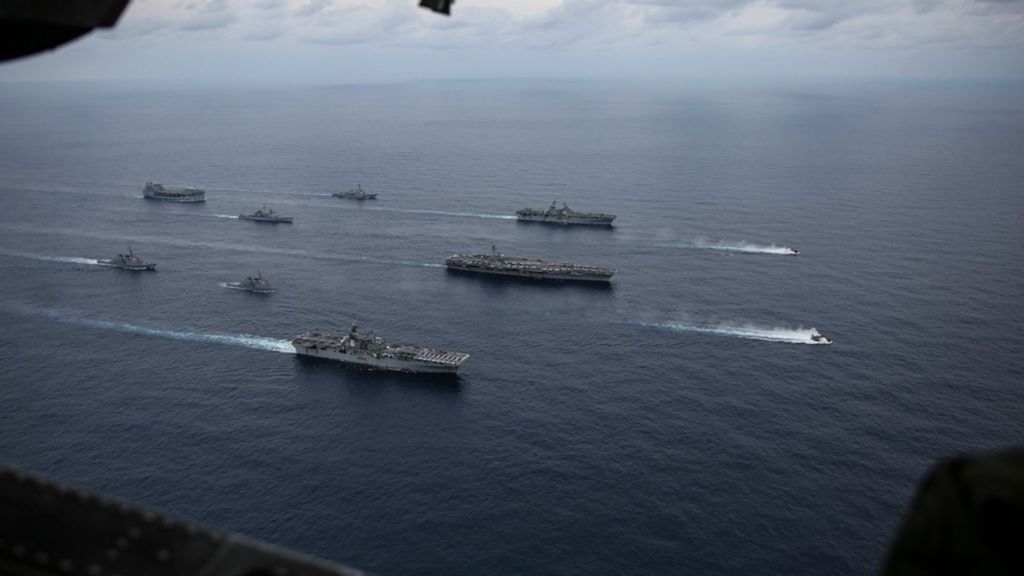 The United States has mobilized 10,000 troops in the Philippine Sea for a joint exercise with the Japanese Navy “in support of a free and open Indo-Pacific” — a clear message to China.

The U.S. and its allies have expressed serious concerns about Beijing’s attempts to lay claim to numerous swathes of the South China Sea, which is populated with small islands that China claims or appears eager to control. There are said to be significant oil, natural gas and mineral deposits on these islands and under the seafloor.

The exercise, called Noble Fusion, combines “multiple elements of the U.S. Navy, Marine Corps and Air Force alongside the Japan Maritime Self-Defense Force,” the U.S. Navy said in a statement.

“Integrating the elements of the dual-MEU/ARG team with the power of the carrier strike group, joint elements and our Japanese counterparts in a distributed operation demonstrates our ability to command and control lethal forces in contested areas, create strategic advantage and integrated deterrence,” said Colonel Michael Brennan, the operations officer of Combined Task Force 79.

“Our sea-denial operations with naval expeditionary integration and littoral allies prepare us to counter potential adversarial aggressive actions in the First Island Chain.”

The Pentagon has shared videos of the training exercise, which took place Feb. 3–7, on social media.

One video shows an F-35 fighter taking off from the USS America aircraft carrier in the Philippine Sea while a fighter plane lands vertically on the deck of the vessel. Another clip shows flight operations aboard the USS Abraham Lincoln.

The Navy said the exercise demonstrates that the teams can work together “to conduct lethal sea-denial operations, seize key maritime terrain, guarantee freedom of movement and create an advantage for U.S., partner and allied forces.”

Another video shows what appears to be a Ship to Shore Connector, a large air-cushion craft for landing assault vehicles.

The U.S. Navy conducts training throughout the year in the Indo-Pacific region to maintain readiness.

U.S.–China ties have been tense for years, despite the fact that China is the United States’ third-largest trading partner and the sixth-largest market for U.S. exports. Former U.S. President Donald J. Trump declared a trade war on China in 2018, and the U.S. government has called China’s treatment of the Turkic ethnic Uyghurs, a predominantly Muslim group native to Xinjiang, an autonomous territory in northwest China, genocide.