Boy On The Mend After Neighbor’s Dog Shook Him ‘Like A Chew Toy,’ Almost Killing Him

A neighbor hit the vicious animal repeatedly with a large stick until he released the boy, who will require ongoing treatment.
By Peter Barker February 9, 2022
Facebook
Twitter
Linkedin
Email 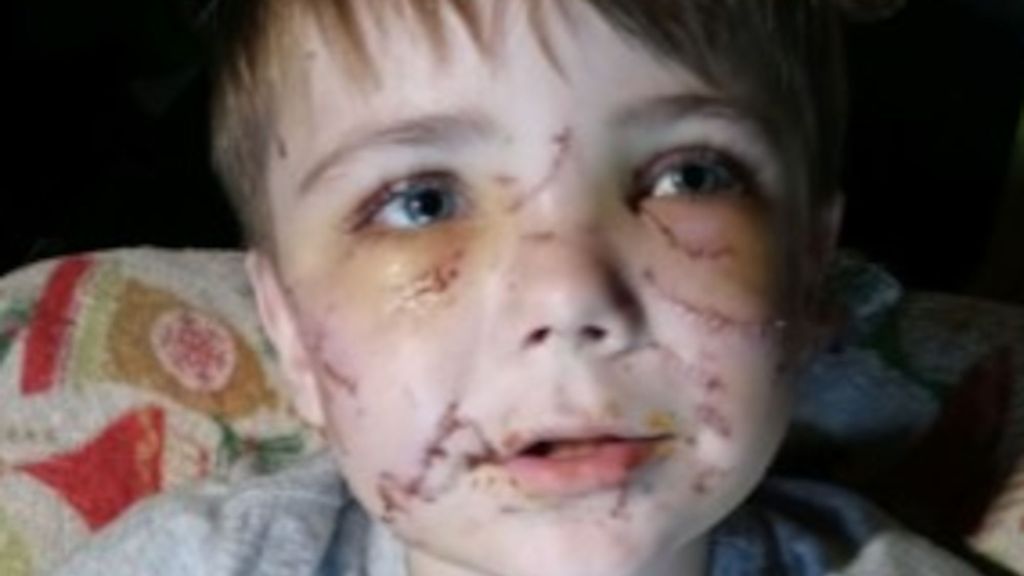 Conner Landers, 7, was walking home when a dog escaped a nearby yard and attacked him near Reno, Parker County, Texas, on Jan. 21. (Parker County Sheriff's Office/Zenger)

A 7-year-old Texas boy was severely injured in a late January attack by a neighbor’s dog, but is slowly recovering.

Parker County Sheriff’s Office Animal Control Supervisor Karen Kessler revealed that Conner Landers was on the mend when she started a fundraising effort to help pay his medical bills.

A neighbor reported her dogs were barking and when she went to investigate the noise, she discovered another neighbor’s dog attacking Conner.

Conner had just gotten off his school bus and was walking home in his neighborhood near Reno, Texas.

“The fenced enclosure was inadequate. The dogs had gotten out before. The homeowner knew or should have known the fence was inadequate and made steps to try to rectify that. And that was not done,” Parker County Sheriff Russ Authier told WFAA News.

The dog, described as a brown and black brindle boxer/bullmastiff mixed breed, escaped his fenced yard and attacked Conner for unknown reasons. The dog dragged Conner down the street and the neighbor ran to free him by hitting the dog with a large stick.

Emergency personnel transported Conner to a hospital in Fort Worth, where he was treated for his multiple injuries.

Cassandra Ware, Conner’s mother, said he spent several days in the hospital with numerous lacerations to his face and arms, puncture wounds to his scalp and neck, and bruises on his chest and legs. She described the attack as a “mauling.”

She said the hospital staff credited neighbor Lorena Parker with saving Conner’s life. She said the animal had been shaking the child like a “chew toy” when she found him.

“He underwent more than three hours of surgery to repair nerve damage to his face and to close more than two dozen lacerations on his face, head and body,” Ware said.

“The doctors anticipate he will need several more surgeries to repair additional nerve damage to his face and to repair his tear duct.” Conner will also require physical therapy to regain the use of his arm and learn to write again.

Kessler set up an account for Conner at Plains Capital Bank 1001 Santa Fe Drive in Weatherford, to aid in the ongoing medical bills and continued treatment. Contributions can be made by contacting Plains Capital and donating to the Conner Landers Benefit Account.

As part of fundraising efforts by sheriff’s office animal control officers, Parker was awarded $500 in recognition of saving Conner’s life.

“We commend Conner’s neighbor for her bravery and quick actions in saving him,” said Sheriff Authier. “We are praying for Conner to make a full recovery.”

Authier said the case is under active investigation by the Sheriff’s Criminal Investigations Division. The dog, which did not have rabies, was euthanized last week, due to the severity of the attack.

The nonprofit Servolution Network, The Home Depot, Trinity River Fence and Construction, and other agencies built a fence around Connor’s backyard to help him feel safer.