‘Time’ Is Of The Essence On J. Holiday’s New Album

After delayed release date due to the pandemic, J. Holiday's new album, "Time," is out on Feb. 7
By Percy Lovell Crawford February 7, 2022
Facebook
Twitter
Linkedin
Email 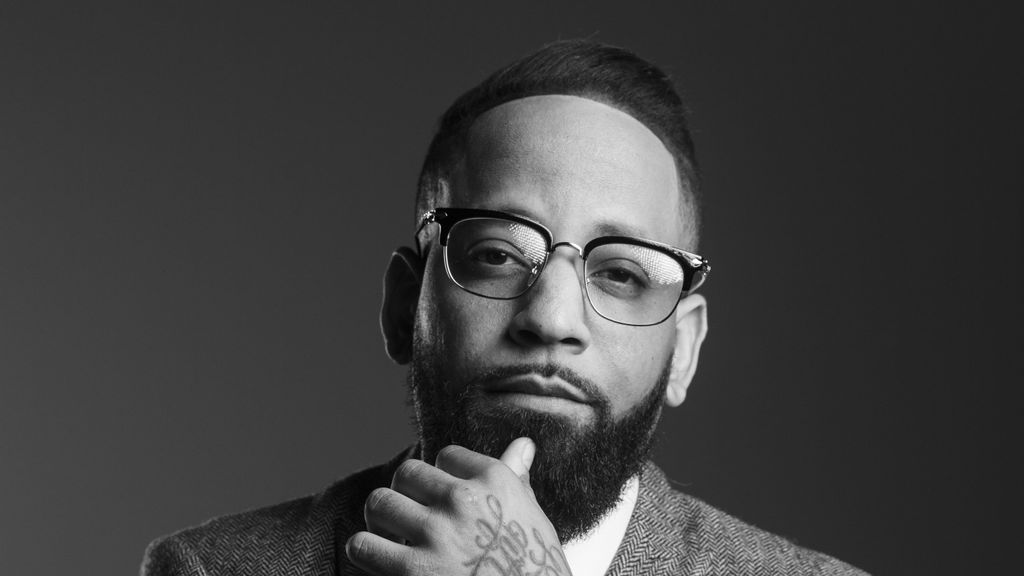 J. Holiday feels he has strategically created a masterpiece with his new project. Photo courtesy of Darius Jones.

Time truly slowed down during the height of the COVID-19 pandemic. Entertainers and musicians alike were hit hard by the deadly spreading virus, which halted performances, canceled tours and changed the creative process for better and worse.

Technology took center stage, while release dates were forced to be pushed back. Grammy-nominated R&B star J. Holiday worked diligently to compose a masterpiece. His album “Time,” released on Feb. 7, focuses on the nuances that come along with time. A calculated play on words, this album highlights the one word that we were all forced to pay closer attention to at COVID’s peak: time.

Zenger spoke with the R&B star to discuss his new album; he also talks about the lack of in-depth R&B music and explains the lack of features on “Time.”

Zenger: How are you?

J. Holiday: I’m good, man. No complaints. Just gearing up for the album, but I’m good.

Zenger: Feb. 7, you release your next studio album, “Time.” When the project is done, and it’s down to the waiting game, what is it like for an artist?

Zenger: What was the creative process like for this album?

J. Holiday: For me, we had the album pretty much finished like two years ago. Then we got into the pandemic. I think we have only done like 2 more songs [since] when it started. It was just … gotta wait for the right time. People thought it might be smarter because people were sitting in the house, people are listening more, but you can’t really get to the people.

The process has been more like waiting for the right timing. I’m always kind of creating anyway, whether it’s mixtapes or in the studio doing records. That process wasn’t that different, I think just the rollout process has been a lot different because of what time we are in now.

Zenger: What made these 11 tracks the perfect ones for this album?

J. Holiday: Honestly, we didn’t record a bunch of tracks. Every song was pretty strategic. We specifically picked lyrical content for each one. We have a theme for each song. “Okay, we need to talk about this, so let’s do this.” We were very strategic in the way that we put the album together.

Zenger: You gave us another single from the album, “Zero To Sixty.” What was the thought process behind releasing another song before the album dropped?

J. Holiday: Just getting people excited about the album. We have three other songs on the album that we released. Some people will be like, “Those songs are old, so let’s not put those on the album.” But they were a part of the strategy that we put together. We didn’t mean for it to happen like that.

We dropped “25 To Life” because we were ready to start rolling out the album, but then the pandemic happened, and it was like, “Okay, we still gotta keep giving the people new music.” We didn’t want to take away from “Time.” I could have put out any kind of songs, but it’s like, if they are going to get something from me, it’s going to be from “Time.” We did “Ride,” and that was letting people know we’re coming with the album. We’re getting kind of normal again a little bit. So, we figured now is the time to roll out the album.

“Zero To Sixty” got a little bit of tempo. If you think about when you’re buying a new car, the first thing you want to know is how fast does it get from zero to sixty. Which is a time aspect, so like I said, we were very strategic on everything. It’s all about getting people excited about it. We haven’t showed our hand yet. We got some records on the album, but it was like, let’s tease them a little bit.

Zenger: Last time we spoke you broke down the different levels of time and the many aspects in which time is used and obviously the importance of it. And then you revolved an entire album around the word. Why?

J. Holiday: People probably don’t notice it, but everybody in the world probably says the word “time” at least once a day. What time is it? It’s time for me to get up. People don’t realize how important time really is. I always say in every interview that I’ve been doing, we’re always asking for time, but we’re always wasting it. Just trying to get people a little more focused.

I’m not saying that the music is bad out here, but it’s like, what are we doing lyrically? What are we talking about? There are some great songs, and then there are great songs, but they aren’t really talking about nothing. I like it, it’s catchy, but is this something that I want to hear every day?

Zenger: I did a quick search of your name on Twitter before we got on because I like to get a feel for what is being said prior to speaking to certain people. You were in the conversation of giving people their flowers while they are here for the classics that you dropped. How does it feel to be talked about in that light?

J. Holiday: I love it. I’ve been singing for a long time. I’m a connoisseur of the art of R&B. For me, I want to be mentioned in those conversations. I want to be mentioned with the greats. I don’t want to be known for having “Bed” and “Suffocate.” I want the people that listen to my albums to know that, when you dive into my albums, I’m giving it my all. It’s good to hear. I don’t necessarily do it for the recognition. … Fame to me, I can do without it. But it’s a part of the game, so it feels good to know that there are people that appreciate what I do.

Zenger: Looking at your social media post, I can tell you feel like you have one with this “Time” album. What is it about this album that gives you the feel that you delivered on this one?

J. Holiday: When people are hungry, right, you can get a snack, but you’re still hungry. It’s like, let me get a snack to hold myself over. I feel like that’s the kind of music that people have been getting. They have been getting snacks. This is the meal.

It goes back to what we were just talking about, people appreciating what I do. People know that when I drop my stuff, it’s going to be R&B. I’m not getting with the gimmicks. I’m not trying to ride nobody’s wave or sound. It’s always going to be my sound. I think it’s something that the people want. They want to hear some good music, man. Again, that’s not to say that there is bad music out here, but they want to hear good R&B.

Zenger: You kept the features light on this album. Was that intentional?

J. Holiday: I’ve always kind of been like that. Even my past albums, like when I had Rick Ross on “Wrong Lover,” that just happened. It wasn’t something that was sought after. He just so happened to have heard the record and put a verse on it, and we were like, “Oh … cool!” We didn’t even have to pay Rick for that. That’s the type of features I like. You doing it because you love it, not because I’m paying you.

I always want my albums to be about me. I don’t like when people use features to sell their music. I feel like it’s almost like a con. Sometimes it’s good. Some features are great. When you got 15 songs on the joint and 10 of them have features, am I listening to them or you? I’ve always liked to keep my albums just about me because that’s supposed to be why they’re buying the album, to hear me, not other people. I have never been a big feature dude. You don’t hear me on a bunch of people’s records. That’s a gift and a curse ’cause it’s always good to be on other people’s stuff. The features I want to do are with the people I look up to. I want to get on an Outkast joint. If I can’t make that happen, then I’m cool.

Zenger: I love what you are doing with the positive posts on your Facebook page. How did that become your thing?

J. Holiday: I’ve been in the entertainment news for certain things that I said. I don’t ever want to be looked at negatively. If I’m saying something, I’m coming from a positive place with it. It might not be received well, or you might not like what I have to say, but I just … hate that we’re in an industry where … what that lady said, “Shut up and dribble!” What you mean my opinion don’t count? “Shut up and sing.” So, I’ll keep those opinions to myself. If I talk about things like that, it’s within my team, and I’ll keep it at that. In this pandemic, people just need good stuff to hear.

Zenger: Feb. 7 is the date, the album is “Time,” everyone check that out. Anything else before I let you go, J.?

J. Holiday: Ah man, everybody stay safe, stay positive, the sun will come out tomorrow. Everybody will be all right, every day that you wake up and you’re breathing, don’t waste your time. Enjoy life as best that you can. Don’t let stuff get you down. It’s always going to be something that you deal with, you gotta learn how to dig your heels in and get through it. Stay positive.