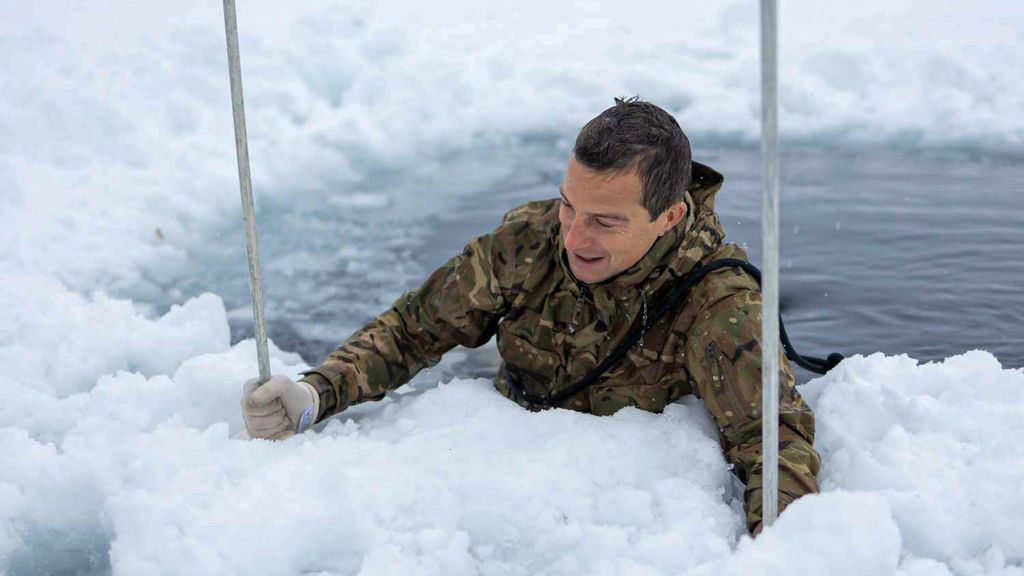 “It’s always inspiring to spend time with the commandos, seeing them demonstrate their unique winter survival combat skill set in such challenging conditions is a reminder of what heroes they are,” Grylls, who is a Royal Marines honorary colonel, said of the early February training exercises in the mountainous Troms and Finnmark County in northern Norway.

Grylls became well-known from the television series “Man vs. Wild” (2006–2011) and similar adventure shows in which he starred.

Grylls, who grew up on the Isle of Wight, joined Royal Marines in being plunged into freezing water to test reactions to cold shock.

Royal Navy ships and aircraft, including aircraft carrier and NATO command ship HMS Prince of Wales, are participating in the Norwegian-led exercises dubbed Exercise Cold Response. They will involve about 35,000 troops from 28 nations “with allied warships and aircraft working closely together as the powerful task force tests its ability to protect Norway from modern threats,” the Royal Navy said in a statement.

“Every winter the next generation of Royal Marines heads to the high north to train in surviving, moving and fighting across the rugged coasts and unforgiving mountains of northern Norway, demonstrating the UK’s commitment to protecting one of its closest NATO allies,” the statement said.

“The commandos are the UK’s experts in operations in all extremes of environment, including the frozen mountains and fjords of the Arctic Circle — one of the harshest environments known to man where the sun doesn’t rise for two months of the year and temperatures can plummet below -35 C [minus 31 F].”

The commandos are testing their navigation skills on skis and snowshoes while carrying weapons and equipment in drills designed to teach them how to out-maneuver adversaries.

Calling Norway an incredibly harsh environment, 19-year-old Marine Mark Clarke said that “with a few specialist skills and doing the basics well, sustaining and operating out here is a lot more manageable.”

Grylls, whose feats include crossing the North Atlantic Ocean in a 36-foot boat and scaling the Ama Dablam peak on the way to the top of Mount Everest, summed up the experience by saying: “Even though the conditions are tough, the bootneck sense of humor is always so strong with smiles all round even after our ice drills all together.

“For me, it’s a humbling reminder of why the Royal Marines are so special.”