Iklim Sentunali dreams of one day skating for her country in the Olympics. 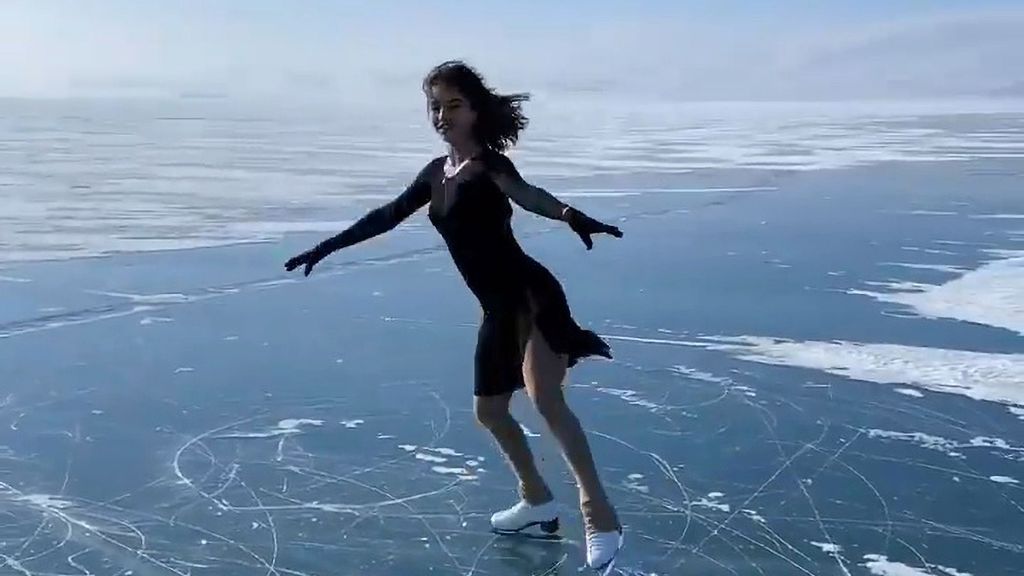 National figure skater Iklim Sentunali put on a mesmerizing show on the ice on Lake Cildir in Ardahan, Turkey. (@iklimsentunali/Zenger)

A Turkish national ice skater showcased her expertise on a frozen lake.

She shared the footage on Instagram, where she has more than 114,000 followers, on Jan. 26, notching up tens of thousands of “likes” and positive comments.

Sentunali said: “It has been one of my biggest dreams since I was little, to do my favorite job in a natural environment.”

She said that skating outside was somewhat different from skating indoors, as it came with different considerations.

“There are many challenges to ice skating in the outdoors. In the beginning, the wind factor was very difficult. I could not do the spins I did indoors on the lake,” she said.

“The most challenging for me was, of course, the spins. I couldn’t spin in a certain center because the wind was blowing so hard.”

Sentunali said doing lifts was her preferred move. “Lifts have always been my favorite element for partnered ice skating. I think it looks very elegant, and there are many variations you can do,” she said.

She explained that skating outside was a rare treat, especially in Turkey, where the warm weather means that skating mainly takes place indoors.

She said: “Unfortunately, there is no ice-skating tradition in Turkey. I think the hot weather is a major factor. So it has not gained popularity, because there are not many rinks.”

Sentunali said she looks forward to one day taking part in the Olympics to represent her country. She said she first began skating when she was just four years old and has been in love with the sport ever since.

Referring to the footage of her ice skating on the lake, she said: “It is a wonderful feeling to experience that freedom alone. I think I may not even have conveyed that freedom completely in the video. It was something different that I felt.”

However, the skater is not unaware of the dangers of ice-skating on a frozen lake. “In order for us to do ice skating, the thickness of the ice has to exceed an inch,” she said. “We thought it would be the safest on Lake Cildir.”

Lake Cildir spans 1.3 million square feet and once it freezes, the villagers of Ta&scedil;ba&scedil;&imath; prepare their horses to ride on the ice, an option that is also offered to tourists, according to the Daily Sabah.