Huge Spiders In Supermarket Bananas: Look Out There’s A Bunch Of Them 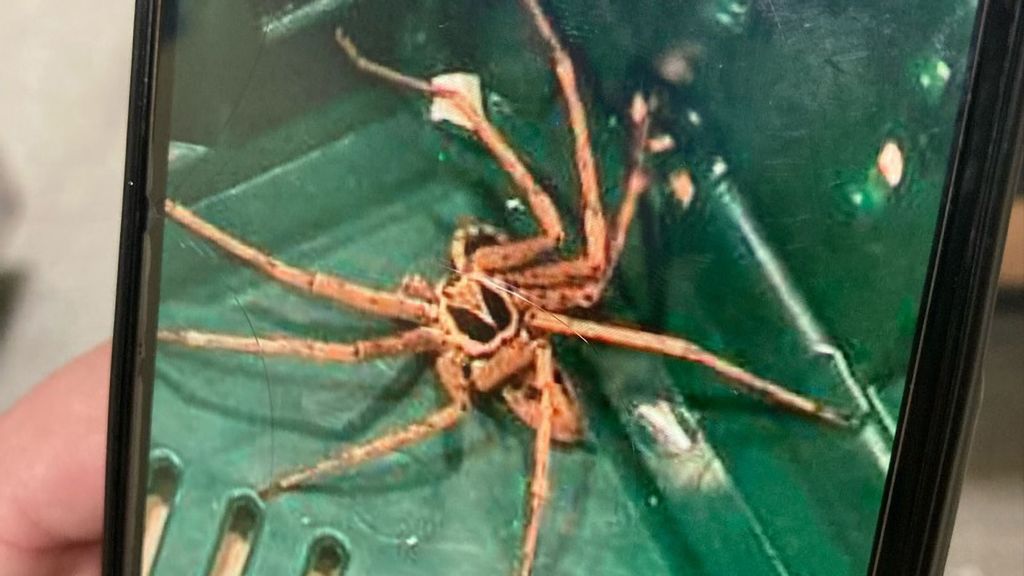 An employee of a supermarket in Rees, Germany, discovered an exotic spider in a banana box on Feb. 3. Fortunately, it was not a deadly variety. (District Police Authority Kleve/Zenger)

A huge, venomous tropical spider with a skull on its back has been found in a second supermarket in Germany by terrified workers. Both were found in a box of bananas from the Dominican Republic.

The German police said the second spider was found in a supermarket on Gruettweg Street Rees, Germany, in the state of North Rhine-Westphalia, on Feb. 3.

The Kleve District Police Department said in a statement: “An unusual operation occurred on Thursday morning at around 7:35 a.m. when an employee of a supermarket on Gruettweg discovered an exotic spider in a banana box.

“With the help of the fire brigade and police who were called in, the employee secured the animal in a glass jar and thus prevented it from further exploring the store. According to a first assessment, the animal was probably a venomous banana spider.

“The TerraZoo was then informed, via the regulatory office, and its employees will collect the spider during the course of the morning.”

A first spider was discovered in a box of bananas in a supermarket in Krefeld, Germany, also located in North Rhine-Westphalia, on Jan. 31. The specimen was handed over to an animal-rescue service.

The alarm was raised by supermarket employees, who discovered the creepy crawler in a box of bananas shipped from the Dominican Republic, according to the fire department.

The staff members reportedly secured the box containing both the spider and the bananas with plastic while waiting for the fire department and an animal expert to show up.

The spider was identified as a pantropical huntsman spider, or giant crab spider or even banana spider, due to its occasional appearance in marketed bananas. Adults of this species have a body length of about 1 inch and have a leg span of 3 to 5 inches.

This spider is native to tropical regions, as well as some subtropical regions as an introduced species. It is not deadly, but its venom can result in a painful bite.

The banana spider typically feeds on insects, with a preference for various species of butterflies and moths. Specimens are often found in people’s homes, where they seek shelter from the cold. They are valued in tropical countries because they feed on cockroaches and other domestic insects.

However, the most dangerous and venomous spider, the Brazilian wandering spider, was found by a British man inside a packet of supermarket bananas he bought from the grocery chain Sainsbury’s in mid-November 2021. The spider, initially found twitching, was thrown into the trash in a plastic container. The man later retrieved in, and though dead, alerted the proper authorities.