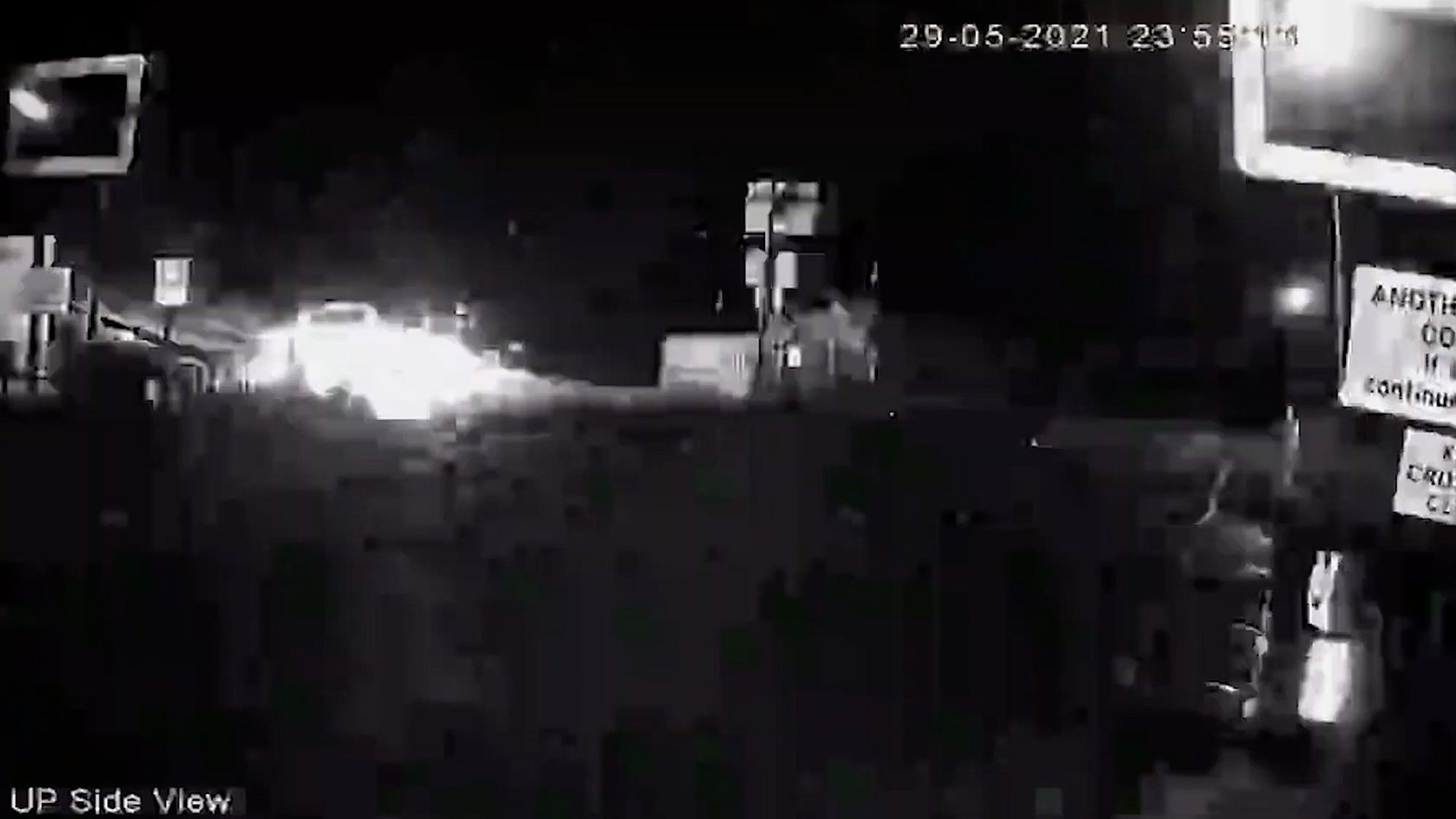 Tayler Barnham drove her Ford Fiesta onto the Monkshill Road level crossing in May 2021, before turning left onto the railway track, and driving a short distance in Kent, England. She was sentenced on Feb. 2, 2022. (British Transport Police/Zenger)

A drunken driver in England turned onto a railway line at a level crossing and drove along it, sparking an electrical discharge and leading to her sentencing at Medway Magistrates’ Court this week. The incident occurred on May 29, 2021.

The incident took place on Monkshill Road near the market town of Faversham in Kent, England. On Feb. 2, 2022, the driver was sentenced.

“Tayler Barnham, 29, of Guinevere Terrace, Rochester, appeared at Folkestone Magistrates’ Court on January 11, where she pleaded guilty to one count of driving without due care and attention and one count of drunk driving.

“On Wednesday, February 2, a judge at Medway Magistrates’ Court sentenced her to eight weeks suspended for two years. She was disqualified from driving for two years and is required to be on a curfew between 7 p.m. and 7 a.m. for three months.”

“As she drove over the level crossing at just before midnight, she veered left onto the live railway line. CCTV footage captured the moment her car made contact with the third rail causing an electrical discharge before coming to an abrupt stop.

“The driver of an approaching passenger train then spotted the car’s headlights and had to apply the train’s emergency brakes to avoid hitting the stationary Fiesta.

“BTP received a call from the driver reporting the car on the tracks a few moments later.

“Barnham then proceeded to make calls to her family and friends before officers arrived at the level crossing and arrested her.”

A breath sample was taken in police custody, and she was found to be more than three times over the drunk-driving limit.

After the car was extracted from the railway line, officers located an empty beer can in its footwell, the recessed area in front of a seat.

“In her interview the following morning, Barnham handed detectives a pre-prepared statement in which she claimed she wasn’t driving the car but was in the passenger seat directing the driver.

“A few months later, in September 2021, she admitted to being the car’s driver on the evening of the incident.”

DC Mike Ganly said: “Barnham’s impetuous decision that evening could have resulted in tragic consequences. Not only did she put herself in grave danger, she caused significant risk to the safety of the passengers on the approaching train.

“The railway isn’t a playground — it has many hidden dangers. Not only do you run the risk of being struck by an oncoming train, but the electrified third rail carries 750 volts — enough to kill you.”