Far Out: World’s Biggest Telescope Back On Track After COVID Snags 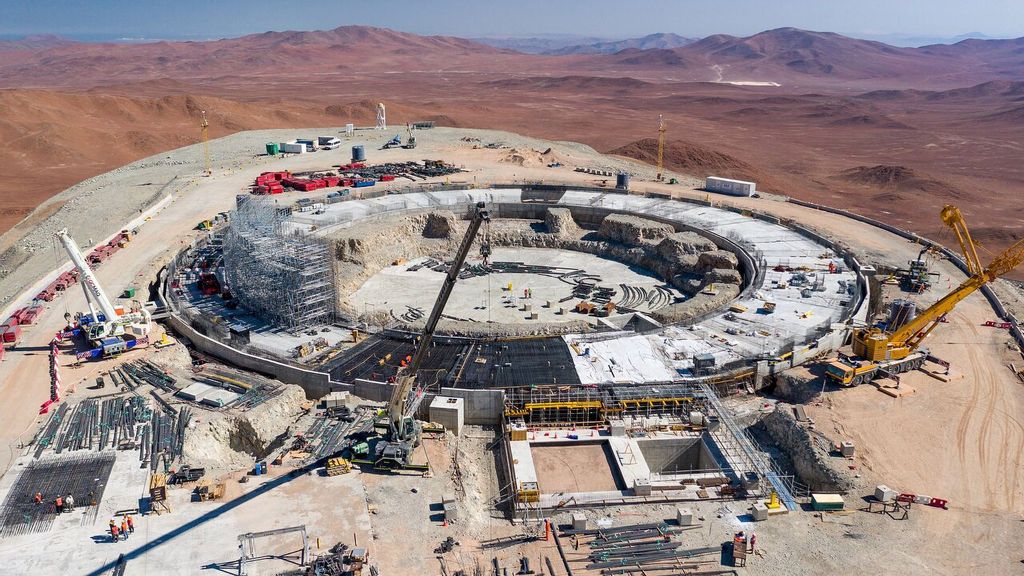 Construction work on the world’s biggest telescope in a Chilean desert is “making progress” following delays caused by the COVID-19 pandemic, officials with the European Southern Observatory (ESO) say.

The Extremely Large Telescope (ELT) is being built on top of Cerro Armazones mountain in northern Chile’s Atacama Desert with an expected completion date in 2025.

When finished, the ELT will be the world’s largest optical/near-infrared telescope and capable of gathering 13 times more light than the largest optical telescopes operating today, according to the ESO.

It included a photograph of the enormous telescope’s foundations in a statement, saying that work continues at the desert site.

“The foundations of the mammoth 39-m telescope have been laid, taking us one step closer to uncovering some of the most elusive mysteries of the universe,” the statement said.

“The immense structure will be about 80 meters [262 feet] high, with a diameter of about 88 meters [288 feet], roughly equivalent to the area of a football pitch,” it said.

“The various electrical, thermal and hydraulic plants used to operate the ELT will be housed here,” the statement pointed out. “The entire structure will rest on shock absorbers, already installed and aligned, to protect against major earthquakes and other vibrations.”

A 262-foot dome will house the observatory, covering the entire site. A 180-foot circular pit will house the foundation for structures to support the telescope’s mirrors.

The telescope’s main mirror, “a fundamental component of the adaptive optics system of the ELT, can be quickly deformed to correct for turbulence in the Earth’s atmosphere, as well as vibrations caused by the telescope’s motion and the wind,” the statement said.

The ELT construction site is a 30-minute drive from ESO’s Very Large Telescope, which is actually four telescopes working together. That proximity should help with support and maintenance, officials say.

The mountaintop location in Chile was chosen in part because the air is so dry and thin that atmospheric refraction, which obscures astronomers’ views of the cosmos, is less of an obstacle than almost anywhere else on the planet.

“When finished, this will be the largest adaptive mirror ever made for a telescope, allowing ESO’s ELT to see the universe in unprecedented detail,” the ESO statement said.