VIDEO: Newborn Giraffe Calf’s Health In Jeopardy After Mother Refuses To Feed It 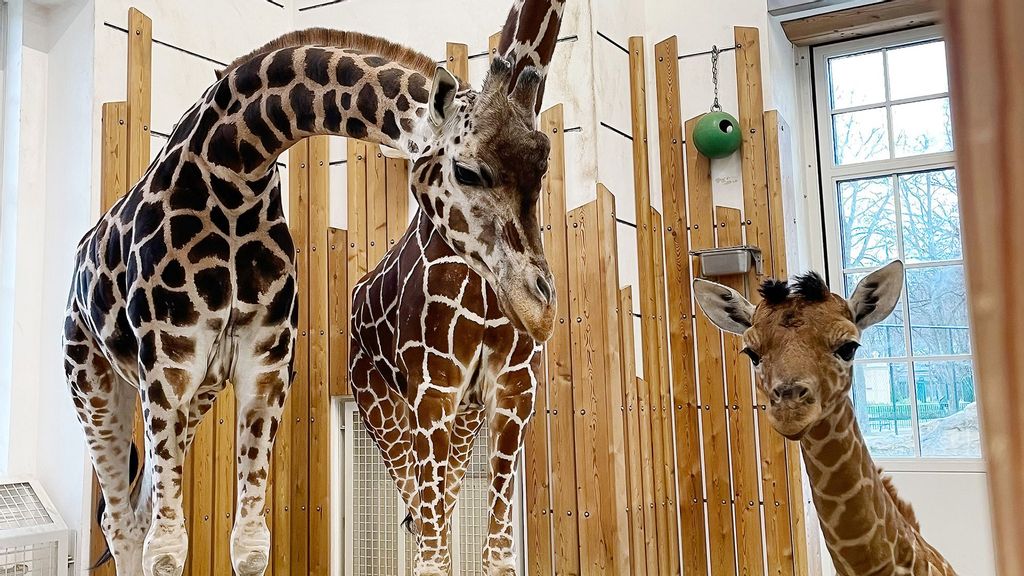 The newborn with her mother Fleur leaning forward and father Obi standing at the Schönbrunn Zoo in Austria's capital Vienna. (Tiergarten Schönbrunn/Zenger)

A giraffe calf born at the zoo in Vienna a week ago is in jeopardy because its mother refuses to nurse it, leaving zookeepers feeding the newborn cow’s milk instead.

The baby giraffe was born to mother Fleur and father Obi at Schönbrunn Zoo in the Austrian capital Vienna on January 23.

The female giraffe has since been reluctant to let her newborn suckle and has mostly kept it at a distance due to her inexperience as a mother, zoo officials say.

“For Fleur, it is the first offspring. Unfortunately, inexperienced mothers often find themselves overwhelmed with rearing in the wild. Especially with first-time mothers, there is never a guarantee that everything will go well from the start,” Eveline Dungl, the head of the zoological department, said.

The milk, which came from a farmer in the town of Laab im Walde, has a similar composition to that of a giraffe, the zoo said.

“We can observe interactions such as the young animal gently licking its mother, but Fleur does not nurse her offspring. We feed it, and fortunately that works very well now. Nevertheless, the young animal’s condition is not yet completely stable,” Dungl says.

“In addition to standard examinations, attention must now be paid to whether the offspring can tolerate the cow’s milk. At the moment, we as the vet team see our main task as advising the keepers on the composition of the milk, the intervals between feedings and monitoring the developmental stages of the young animal,” Thomas Voracek, head of the zoo’s veterinary practice, said.

As maintaining the peace and quiet is priority, the giraffe park will remain closed for the time being, the zoo said in a statement.

“It is important now to give the young, inexperienced herd plenty of rest and time. They should get used to the new situation and be able to absorb this experience together,” the statement said.