More than 100 scientists around the world conducted field studies to estimate the number of Earth’s trees. 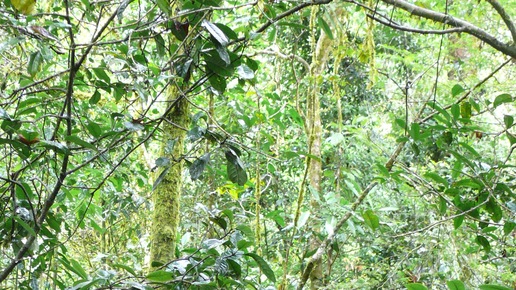 A forest of various variodendron tree species in Tanzania, which is a tropical area harboring yet undiscovered tree species. (Andrew Marshall)

A worldwide collaboration between scientists has yielded the largest forest database ever attempted, which estimates that Earth harbors about 73,000 tree species, of which 9,200 have yet to be described.

In a paper published in Proceedings of the National Academy of Sciences, the global team revealed an estimate of 64,000 known tree species, whereas previous estimates put the number at about 60,000. The undiscovered trees will probably be found in South America, have a limited range and are exceedingly rare.

“These results highlight the vulnerability of global forest biodiversity to anthropogenic changes, particularly land use and climate, because the survival of rare taxa is disproportionately threatened by these pressures,” said forest ecologist and study co-author Peter Reich, who holds joint appointments at the University of Michigan and University of Minnesota.

The undiscovered, undescribed species are endangered by climate change, deforestation and development, according to the research team. The study’s findings may aid in prioritizing conservation efforts.

“By establishing a quantitative benchmark, this study could contribute to tree and forest conservation efforts and the future discovery of new trees and associated species in certain parts of the world,” Reich said.

“Tree species diversity is the key to maintaining healthy, productive forests, and it is important to the economy and environment,” said co-author Jingjing Liang of Purdue University.

It occurred to Liang, while working several years ago in Alaska, to formulate a global tree dataset. “I literally found a rich forest inventory dataset in someone’s drawer,” he said. Recognizing the value of the data, he realized that there “was no central repository for the valuable data people were collecting.” With help from other scientists, a global grassroots collection effort grew. The resulting dataset is the largest ever collected and includes in excess of 38 million trees in 90 countries and 100 territories.

To conduct the study, more than 100 scientists collected data in forests where they selected specific stands of trees, measuring and identifying every single tree, according to Liang. The researchers collected data about the species, sizes and other characteristics of the trees. “Counting the number of tree species worldwide is like a puzzle with pieces [spread] all over the world. We solved it together as a team, each sharing our own piece,” Liang said.

“Through this vast amount of data, we have a good picture of tree species diversity for different biomes and at the continental level, which is what we used to make this estimate,” said Liang.

Because the dataset is so large, the researchers used Purdue’s computing facilities to crunch the numbers from datasets provided by the Global Forest Biodiversity Initiative and TREECHANGE, which uses ground-sourced forest-plot data. The combined databases yielded a total of 64,100 documented tree species worldwide, a total similar to a previous finding of about 60,000 tree species on the planet. The total number they estimated came to 73,274, which means about 9,200 tree species remain undiscovered.

The continent is noted in the study as a place of global tree diversity and concern. There are about 8,200 rare tree species in South America, of which 49 percent are found only in that region. Undiscovered species in South America are probably located in the subtropical and tropical forests of the Amazon River basin and in the Andes’ forests, between 3,300 and 11,480 feet above sea level.

“Beyond the 27,000 known tree species in South America, there might be as many as another 4,000 species yet to be discovered there,” Reich said.