A Turkish climber ensures wildlife will survive the cold by leaving them food. He has been doing this service for 20 years.
By Feza Uzay February 3, 2022
Facebook
Twitter
Linkedin
Email 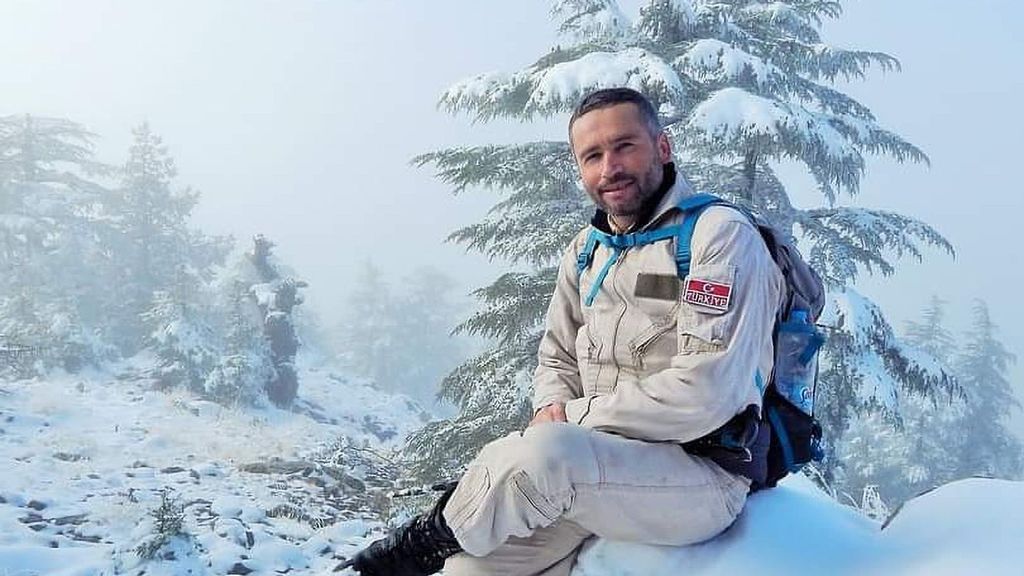 A man known as the “Lonely Mountaineer” feeds the birds every winter by tying apples to tree branches while he hikes in the mountains of Turkey.

Hasan Hüseyin Kahrıman, who lives in the town of Balcilar, on the northern slopes of the Taurus Mountains in Konya Province, Turkey, has been doing his good deed for 20 years. It began when he “witnessed the death of a flock of birds from hunger and cold during heavy snowfall on a mountain on a winter’s day.”

“They froze, falling on the snow and resting their heads on each other’s bodies. I collected some of them and heated them in my hut, and they came to their senses. I fed them with bread crumbs. After a day, the weather cleared, and I returned them to nature,” he said in an interview.

“Saving lives has given me so much happiness. I used to hunt, and I stopped hunting. I thought I had to do something to keep animals alive.”

Kahrıman was dubbed the “Lonely Mountaineer” by locals because of his frequent climbs up the Taurus Mountains, located in the Mediterranean region of Turkey. He often shares photos of his outings on Instagram.

Kahrıman said: “I’m not a bird expert, I just love keeping animals alive. I had to do something for the birds, because they are the most affected by the snow in winter.”

He said: “What I did had to be natural. Sometimes in the winter, I saw a few apples were left on the trees and some birds would eat them. However, when the weather got too cold, those apples would fall to the ground and be covered with snow.

“I thought I had found the solution, and I decided to put apples on the trees. That’s when I started doing this.”

Kahrıman said the number of birds has increased noticeably in places where he has put apples on tree branches. He said: “Where the birds felt safe in the winter, they built nests in the spring.

“Feeding the birds in winter is extremely important for their future. In some years, the birds starve to death. Birds play an important role in the balance of nature. I believe the working mechanism of nature would collapse without birds. And I want studies to be done for the birds to live.”

Kahrıman said he has received a positive reaction to his endeavors. In fact, others have joined his efforts. “Many people, especially children, have started to put apples on the trees.”