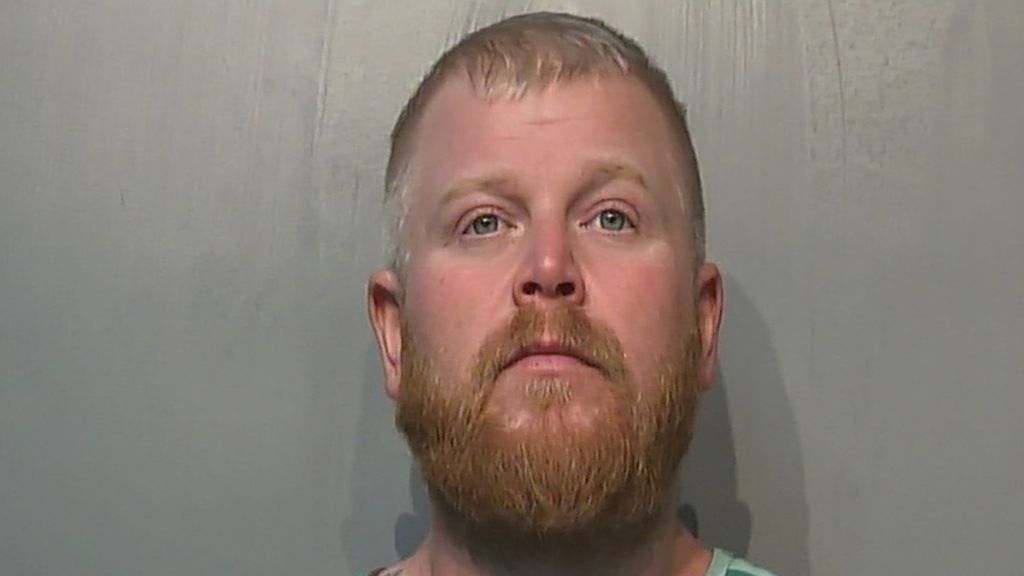 Adam Joseph Wedig allegedly snuck into an intensive care unit for newborns and bottle-fed a baby that was not his on Dec. 28, 2021, in Des Moines, Iowa. (Polk County Jail/Zenger)

An Iowa man was arrested Jan. 31 on suspicion of sneaking into an ICU for newborns to bottle-feed a baby who was not his child.

After being unable to initially track down the suspect, the Des Moines Police Department (DMPD) said on social media on Jan. 26: “DMPD detectives are requesting the community’s assistance with identifying a person involved in a bizarre incident at a local hospital.

“During the late evening hours of Dec. 28, 2021, the person recorded on surveillance video shared in this news story, snuck into a secure area of a local hospital, misrepresented himself as the child’s father, and then bottle-fed the infant, before leaving.”

The child was not hurt, according to authorities.

The police department called on anyone who recognized the man in the footage to contact them directly or submit an anonymous tip through Crime Stoppers.

In an update on Jan. 31, Des Moines police said: “Detectives have identified the person involved, and he has been charged with two counts of criminal trespassing. He will be booked into the Polk County Jail on those charges, as well as an unrelated probation violation, shortly.

The suspect was named as Adam Joseph Wedig.

“This is certainly an alarming and unsettling incident. While the exact motive remains unclear, detectives did determine that there was no intent to cause the infant harm,” police said.

He allegedly claimed to be the baby’s father and went on to bottle-feed the newborn.

It is unclear whether the suspect targeted the baby specifically or knew the baby’s parents. “The family, obviously, is very frightened. This is something that would startle any parent,” said Des Moines Police Sgt. Paul Parizek.

The hospital said in a statement: “MercyOne takes the safety and security of our patients and families very seriously… The incident that took place last month is extremely troubling. We are actively cooperating with the Des Moines Police Department on this ongoing investigation and have conducted an internal investigation into the matter, which prompted several changes to our policies and protocols to expand our security and prevent this from occurring in the future.

“MercyOne Des Moines Medical Center continues to focus on providing safe and compassionate care and living out the ministry set forth by the Sisters of Mercy more than 130 years ago.”

A non-jury trial has reportedly been set for March 3. The investigation is ongoing.

«Previous Post
For Fox Sake! Impressionist Painting Saved From Nazis To Be Sold At Auction For $47 Million»Next Post
Fludunit: Mafia Gang Smashed After Stealing Over $500 Million In COVID Aid