Bee My Love: Priceless Royal Bouquet Made Of 2,000 Diamonds Goes On Show For Valentine’s Day 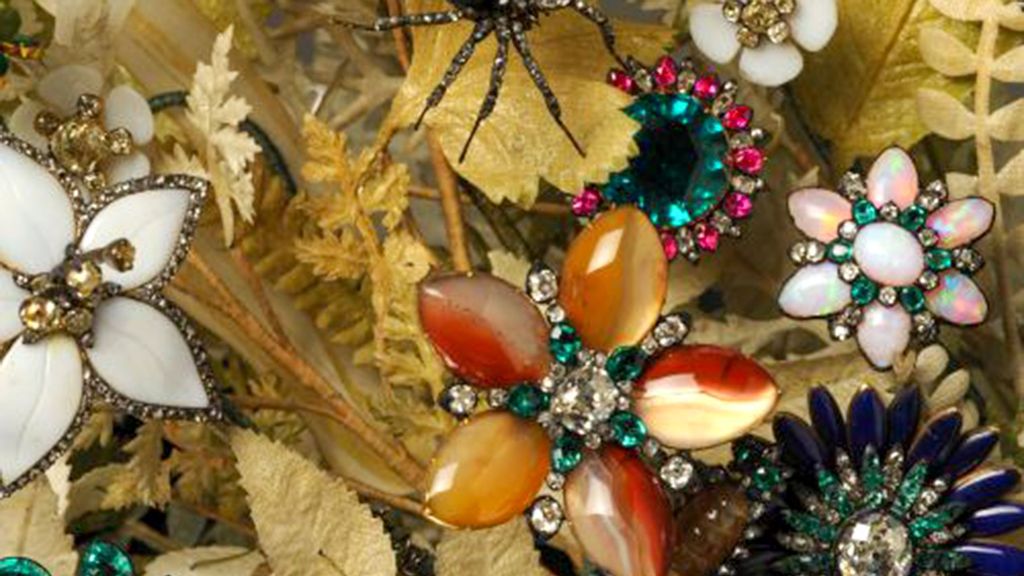 This bouquet of “flowers” is actually crafted from 2,000 diamonds and other jewels, gifted by Empress Maria Theresa to the Holy Roman Emperor in 1760. The singular piece is set to go on display as a one-off, must-see event on Valentine’s Day.

The Natural History Museum in Vienna, Austria, said in a statement the remarkable bouquet will be presented during a special tour given by mineralogist Vera M. F. Hammer on Feb. 14.

The museum said that the bouquet comprises “61 glittering flowers and 12 sparkling insects, which are made of a total of 2,102 diamonds and 761 colored precious and semi-precious gemstones in a vase made of rock crystal.”

The museum said the famed German poet-novelist Johann von Goethe had been impressed by the precious stones: “Everyone knew that Emperor Franz had a great fondness for jewels, especially colored stones.

“[Johann Gottfried] Lautensack had spent a considerable sum (and, as it later turned out, more than his fortune) on gems of this kind, and from them began to make a bouquet in which each stone should stand out favorably according to its shape and color and the whole should be a piece of art, worthy of being preserved in an emperor’s vault.”

The museum said: “In fact, the bouquet of flowers, weighing 2.8 kilograms [6 pounds] and 50 centimeters [20 inches] high, was completed by the jeweler Michael Grosser in Vienna around 1760. However, Goethe contended the Frankfurt jeweler Lautensack did the preparatory work.

“It is said that Maria Theresa had the gemstone bouquet placed in her husband’s mineral cabinet in 1764 as a “little name day surprise.” The empress supported her husband’s passion for mineralogy and mining — as a way of promoting the economic prosperity of the empire.”

After her husband’s death, Maria Theresa gave their natural science collection to the state, creating the first museum in line with the aims of the Enlightenment, a philosophic movement that championed reason. The goals of rational humanity were knowledge, freedom and happiness.

Maria Theresa also brought the scientist and leading mineralogist Ignaz von Born to Vienna. He developed a new method of extracting precious metals, as well as classified and expanded the collection.

Tickets for the Valentine’s Day Special tour, which takes place from 6 p.m. to 8 p.m. on Feb. 14, are now on sale by the museum for $27. Reservations can be made by emailing [email protected]

«Previous Post
For Fox Sake! Impressionist Painting Saved From Nazis To Be Sold At Auction For $47 Million»Next Post
Fludunit: Mafia Gang Smashed After Stealing Over $500 Million In COVID Aid