British teen stalked ex-girlfriend on social media, then killed her father when he refused to let him speak to his daughter.
By Joseph Golder February 1, 2022
Facebook
Twitter
Linkedin
Email 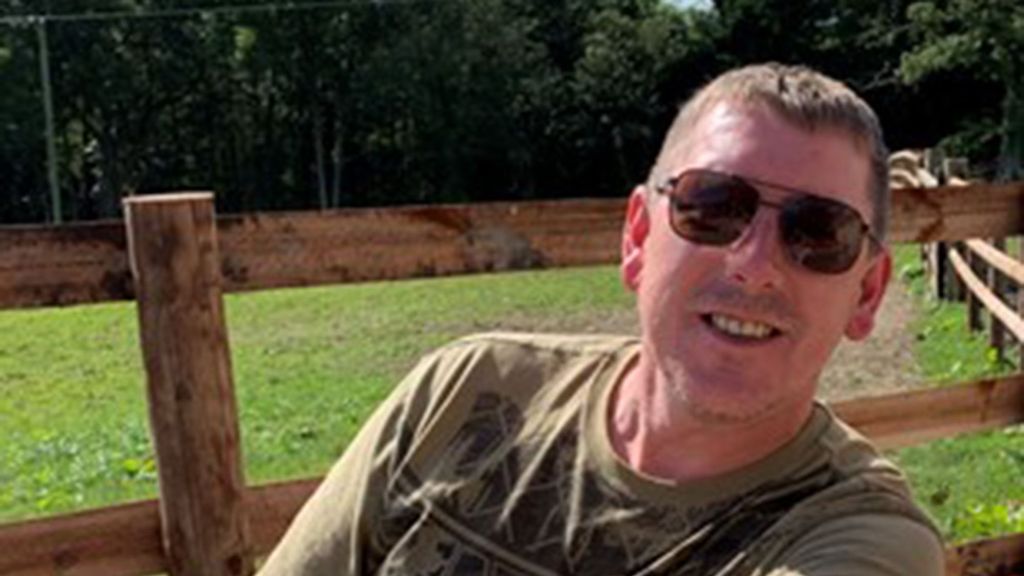 Mark Webster was stabbed with 12 times by teen suspect Levi Westhead, his daughter's ex-boyfriend, in Blackpool in England on July 23, 2021, and died. Westhead has just been convicted of his murder. (Lancashire Police/Zenger)

A teenager who stabbed his ex-girlfriend’s dad to death in his own backyard has been found guilty of murder.

Levi Westhead, 18, of Flakefleet Avenue in Fleetwood, in Lancashire, England, was found guilty of murdering Mark Webster by Preston Crown Court on Jan. 28.

Footage shows the moment Westhead fled the scene shortly after the fatal stabbing. Other footage shows him arrested by police officers, who inform him he is being charged with murder.

Lancashire Police said in a statement: “Police were called at around 8:55 p.m. on Friday, July 23, 2021, to a report of a stabbing at an address on Carsluith Avenue in Blackpool.

“Officers attended the Webster family home and found Mark Webster, 50, with a total of 12 knife wounds. He was taken to hospital, but sadly died a short time later. A Home Office postmortem examination gave a cause of death as stab wounds to the chest.

“Following a search of the area, Westhead was arrested a short time later, hiding in a neighboring garden. He was subsequently charged with murder and remanded in custody.”

The police explained that during the two-week-long trial, the jury heard how Westhead had been in a relationship with the victim’s unnamed 16-year-old daughter for 18 months, which ended a few weeks before the murder.

The police said they had warned Westhead after he allegedly harassed his ex-girlfriend. They said he had been “found to have been using a variety of social-media platforms and even set up false accounts in his attempts to contact her.”

The police said CCTV footage viewed at the trial showed the defendant waiting outside his ex-girlfriend’s workplace after allegedly sending her nearly 300 text messages the day before the murder.

During the trial, the jury heard that Westhead went to his ex-girlfriend’s family in the evening, armed with a knife. He demanded to see his ex-girlfriend, but her father refused to let him inside the house.

Levi Westhead then “made his way around the back of the house and gained access to the back garden.”

“A scuffle” ensued, during which Mark Webster was repeatedly stabbed. The defendant then fled the scene. The victim was taken to the hospital, but died, due to his injuries. Police said the murder weapon was found at the scene of the crime.

Evidence shown to the court included how Westhead had sent text messages and made a call to his grandmother after fleeing the scene of the crime. He is reported to have said: “I’m sorry, I’m sorry, I’ve hurt somebody with a knife, I was so angry.”

The jury found Westhead guilty of murder after two hours of deliberation, according to the police. The defendant will be sentenced on March 17.

Detective Chief Inspector Jane Webb from Lancashire Police said: “This is an utterly tragic case where a much-loved husband and father was merely protecting his family when he was stabbed to death.

“Sadly, this verdict provides no relief from the dreadful loss that Mr. Webster’s family and friends have suffered. They have remained incredibly dignified throughout this investigation and my thoughts remain with them at this desperately difficult time.”

In a statement, the victim’s family said: “Despite the conviction, it will not bring back Web or ease the pain of him not being with us. It does however give us some peace of mind knowing that Levi Westhead is where he belongs for the term of his sentence. His death was so unnecessary. We would like to thank the police, the prosecution team and the jury for bringing us this justice.”

«Previous Post
Watch And Ring Seized By Nazis From Resistance Fighter Who Died In A Camp Returned To His Family»Next Post
VIDEO: British Man Convicted After Ramming Police Car 6 Times With Van