Caiman Get Me Copper: Suspect Had ‘Gator Guard Dog When Police Raided His Home 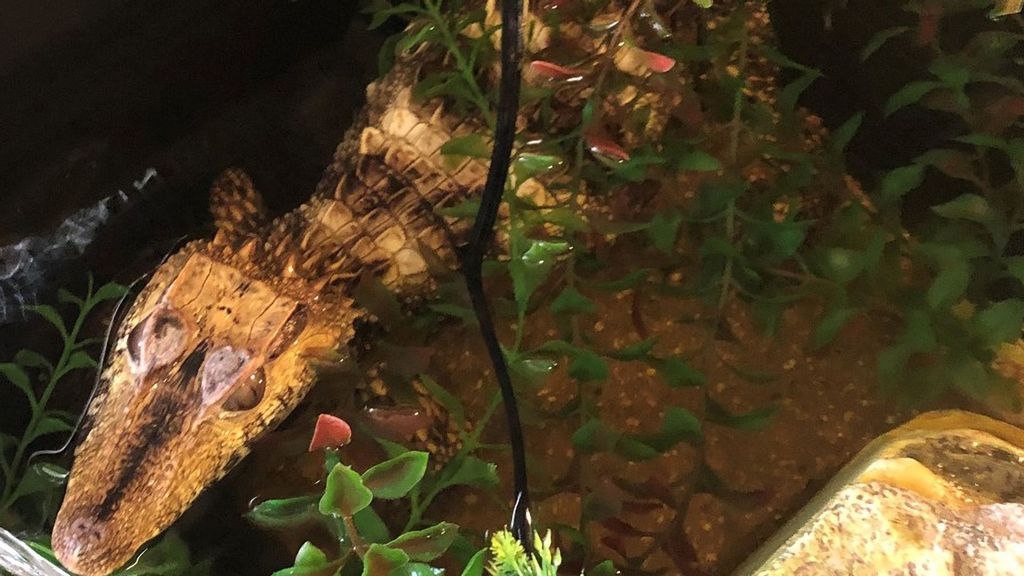 A dangerous, alligator-like reptile was seized from Texas home during a drug investigation in Kilgore, Texas on Jan. 21. (Rusk County Sheriff's Office/Zenger)

A 3-foot-long caiman, part of the same family of crocodilians as American alligators, was seized by Texas cops during a drug raid at a private property.

The dangerous reptile, captured on Jan. 21 during the raid at a home on Leach Street in Kilgore, Texas, is believed to be a caiman, native to northern South America, Central America and parts of the Caribbean.

Rusk County Sheriff’s Office said in a statement: “On January 21, 2022, Rusk County Sheriff’s Office Investigators, along with Texas Game Wardens, conducted a follow-up investigation based on a Crime Stoppers Tip alleging controlled substance distribution and the illegal possession of an alligator, which resulted in a controlled substance search warrant being executed.”

But what surprised police most was a large reptile kept in the home.

“A crocodilian believed to be a caiman, approximately three feet in length, was located within the home during the search.

“Rusk County officials and the City of Kilgore Animal Control officials have made arrangements to have the caiman relocated to Nature’s Edge, a wildlife rescue located in Dallas.”

The sheriff’s office said Jason Best, 44, was arrested at the scene and charged with four controlled substance felony offenses. Best’s bond was set at a total of $118,500.

Caimans have long snouts and, depending on the species, can grow to be between five and 13 feet long. Black caimans, an apex predator found in the Amazon basin, are the largest caiman species, and can grow to be 14–16 feet long.

Like their alligator cousins, female caimans, and sometimes male, guard their eggs against potential predators. The babies hatch out of their eggs, with some help from their mothers, who hear their cry from within the shell.