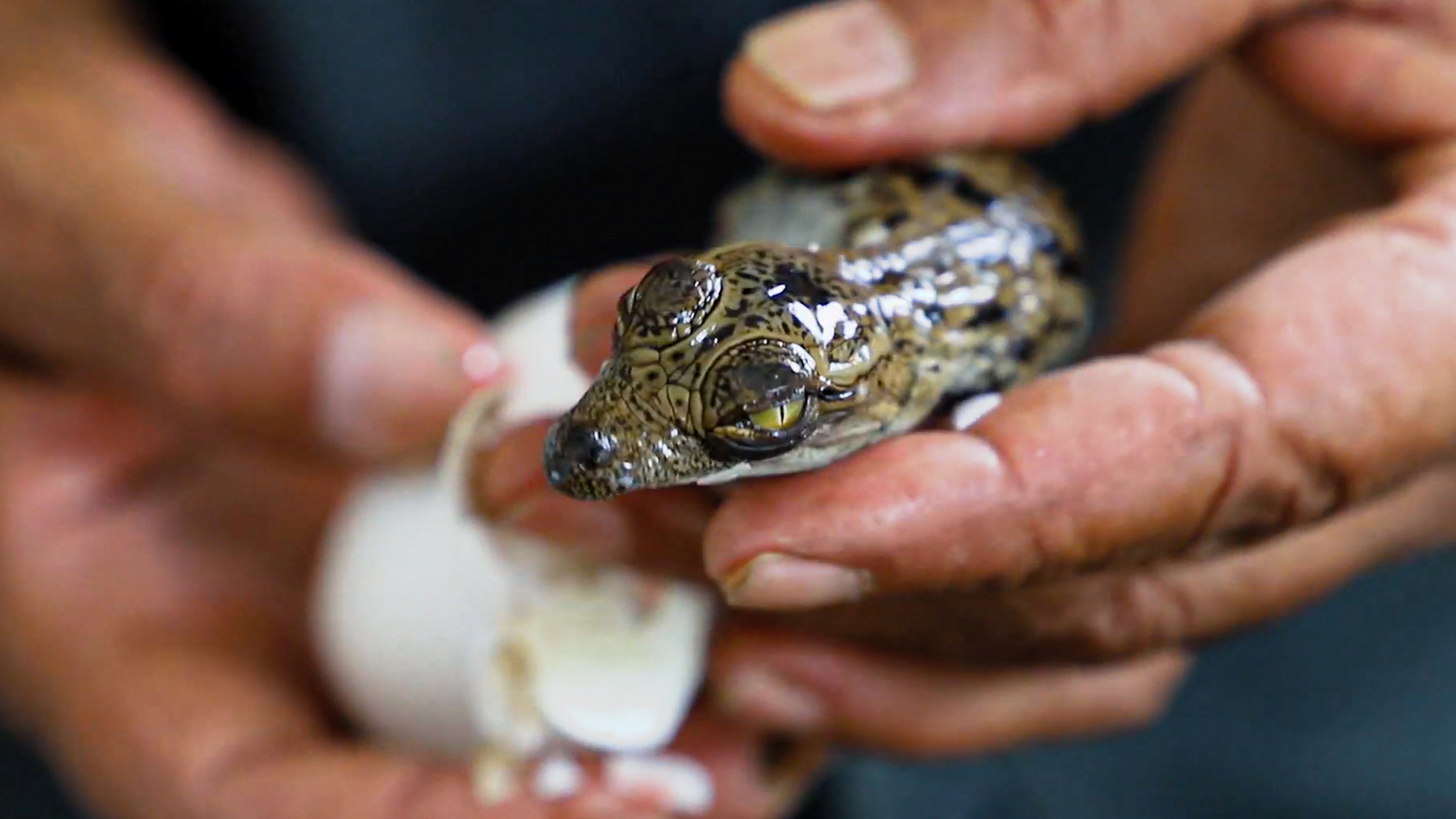 A zookeeper helped a baby crocodile to hatch at an African nature park.

The crocodile birth was filmed at La Vanille Nature Park in Riviere des Anguilles in the East African island nation of Mauritius.

La Vanille Nature Park explained that keepers sometimes intervene in the hatching process as it can be difficult for newborns to smash through the hard shell.

“Why we help the baby crocodile come out of its egg rather than letting it break the shell?

“It is very hard work for the baby to push its way out of its egg. In the wild (and in the incubator), the babies call from the egg when ready to hatch out,” the nature park wrote in the video’s description.

“When the mother hears this [call], she will dig out the nest and even gently crack the eggs with her teeth to help the babies out,” the park said.

The nature park, which was established in 1985, said it is only mirroring a natural process, and that it has been assisting struggling baby crocodiles for over three decades. The reptile’s incubation period is usually around 3 months long.

The park spokesperson said: “Not all need help, but many do. So what we are doing is just mimicking what happens in nature … and it is by far the best way to do it.”

La Vanille Nature Park is involved in effort to protect the habitats of endangered species, captive breeding for later reintroduction into the wild, and farming to reduce demand for wild-caught animals.

Crocodiles are large reptiles found in tropical regions of Africa, Asia, the Americas and Australia. There are 13 species of crocodiles, and they lay from 10 to 60 eggs at a time. Females are known as caring mothers and guard their nests fiercely to protect them from predators in the wild.

The smallest species is the dwarf crocodile and the largest is the saltwater crocodile, which can weigh up to 2,000 pounds.

A crocodile’s jaws can apply 5,000 pounds of pressure per square inch; the animals often eat small stones to aid in digestion. The crocodile is one of the world’s apex predators in their natural environment. They are also fast swimmers, which is helpful in catching prey. They can swim up to 20 mph and can hold their breath underwater for around one hour.

Crocodiles are also highly sociable animals that remain together in large, mixed groups of adults and youngsters.