The Vienna zoo's new giraffe is the first in 10 years. The animals can live 20 to 30 years.
By Joseph Golder January 28, 2022
Facebook
Twitter
Linkedin
Email 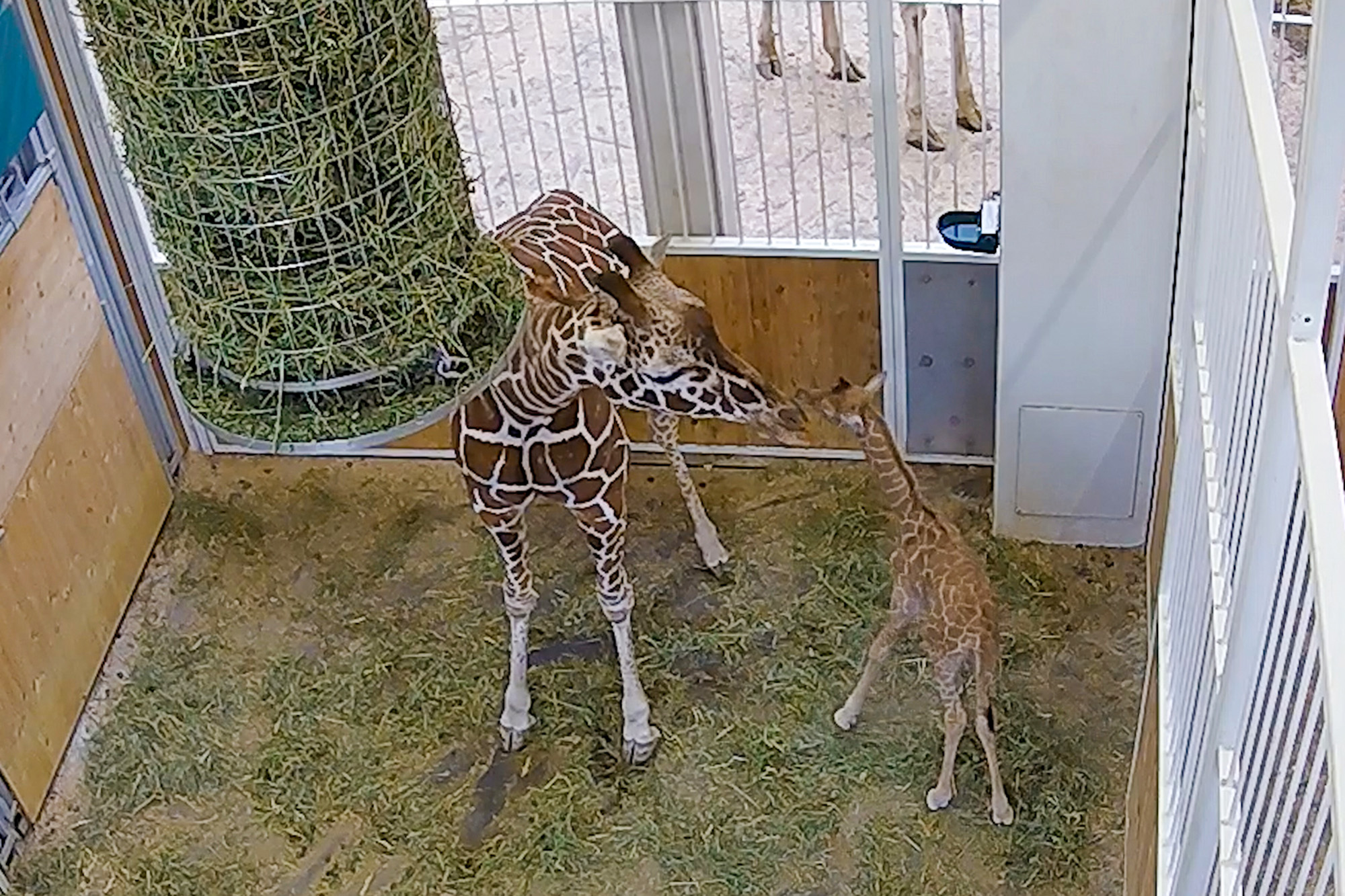 Giraffe mother Fleur with her newborn cub at the Schönbrunn Zoo in Vienna, Austria. (Tiergarten Schönbrunn/Zenger)

The baby giraffe was born to mother Fleur and father Obi at Schönbrunn Zoo in Vienna, Austria, on Jan. 23.

Footage shows the Fleur giving birth to her baby and the first moments of its life as it gingerly stands on its unsteady legs and takes in its new surroundings.

The zoo said: “A female giraffe cub was born in Schönbrunn Zoo on Sunday afternoon. Great concern quickly mixed with joy: first-time mother Fleur has been reluctant to let her offspring feed.”

Eveline Dungl, head of the zoological department, said: “The birth went quickly and without complications, which is anything but a matter of course. Unfortunately, Fleur still keeps her young baby at a distance and only nurses it very irregularly.”

“For Fleur, it is the first offspring. Unfortunately, inexperienced mothers often find themselves overwhelmed with rearing in the wild.” Dungl said with first-time mothers, “there is never a guarantee that everything will go well from the start.”

The zoo said: “The primary goal at Schönbrunn Zoo is to enable the animals to be reared naturally by their parents. Since Sunday, the herd of giraffes has been under observation by the team around the clock and their behavior is being analyzed.”

Zoo director Stephan Hering-Hagenbeck said: “After intensive consultations with all our experts, we decided to leave the young animal in the social group of the herd and to feed it. Of course, certain risks cannot be ruled out. However, while the young animal is not yet able to feed from its mother regularly, this is the most promising solution.”

The zoo said: “The female, still nameless giraffe cub was around 1.70 meters [5’7″] tall at birth. The last giraffe offspring in the zoo was almost 10 years ago. The giraffe park was then renovated and reopened in 2017 with the reticulated giraffes Fleur and Sofie. In 2019, Obi, the cub’s father, moved in.”

The zoo explained the giraffe park is closed in order to give its newest member some breathing space.

“It is important now to give the young, inexperienced herd plenty of rest and time. They should get used to the new situation and be able to absorb this experience together,” the zoo said. “Therefore, the giraffe park will remain closed until further notice.”

There are eight subspecies of giraffes found in Africa. The adult animals weight 2,200 pounds and have a lifespan of about 20 to 30 years.