Roly-poly pup swam out to sea, but couldn't get back to the shore.
By Lee Bullen January 28, 2022
Facebook
Twitter
Linkedin
Email 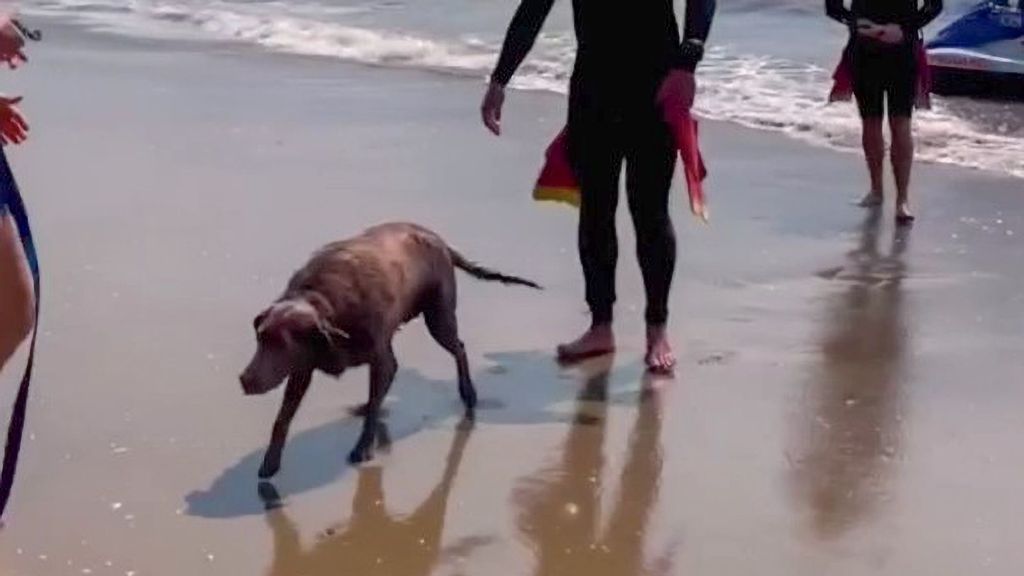 Two lifeguards returned a dog to its owners on a Californian beach after it went for a swim and ended up 600 yards from the shore.

The rescue, which was captured on video, took place at Zuma Beach in Malibu, California, on Jan. 23. The lifeguards used a jet ski and a rescue sled to bring the pet back to its worried owners on shore.

Once on land, the dog can be seen in the video shaking the seawater from its fur and wagging its tail.

The Lifeguard Division of the Los Angeles County Fire Department said on social media on Jan. 24: “Not your everyday ocean rescue, but we were sure happy to help this four-legged friend make its way back to the beach!

“Lifeguards launched a Rescue Watercraft from Zuma Beach after receiving a report of a dog swimming offshore of a small cove near Nicolas State Beach.

“Lifeguards located the dog about 600 yards from shore, secured it on the rescue sled, and transported it back to its owner on the beach.

“While rescues like this one sure put a smile on our face, Lifeguards would like to remind beachgoers that dogs are not allowed on Los Angeles County Beaches.”

In the footage, lifeguards are seen returning to shore with the dog as several people clap and cheer.

After the chubby dog is returned to its owners, one of the women gives the two lifeguards a hug as her companion fastens a lead onto the soaked animal.

While Malibu lifeguards saved a dog, in Italy last year, canine lifeguards saved 14 people, including eight kids. The lifeguard dogs helped to rescue people 330 feet off the shore of Sperlonga, halfway between Naples and Rome, in mid-August 2021, CNN reported.

Three families tried to return to shore after their inflatables, dinghies and surf equipment, capsized. The three dogs were able to bring the group to shore in 15 minutes, since they are trained to handle multiple swimmers in distress. Human lifeguards can only handle one person at a time.

In fact, a squadron of 350 specially-trained canines watches over 30 of the country’s busiest beaches and is credited with saving 20 to 30 lives each year. The SCIS program entails 18 months of basic training for the dogs.