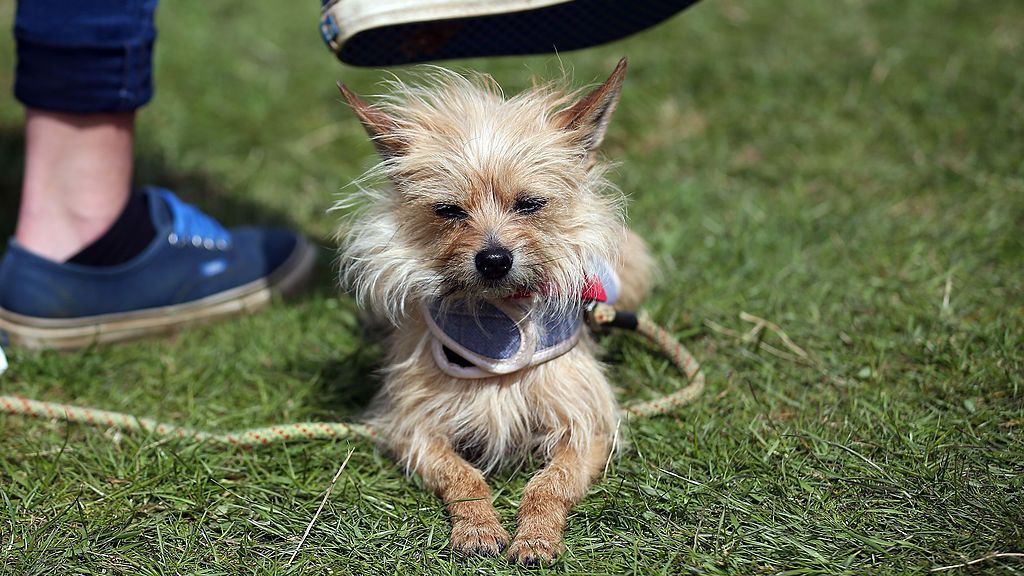 Small dogs are not simply the product of domestication and breeding as previously thought. According to a new study, ancient wolves already had a gene mutation for smaller size. (Matt Cardy/Getty Images)

The smallest dogs, such as Chihuahuas and Pomeranians, long thought to be the product of domestication, share a body-size gene with ancient wolves.

A new study published in the journal Current Biology suggests that wolves living more than 50,000 years had a mutation in a gene regulating growth hormones that ultimately resulted in small dogs. This was long before humans began keeping dogs as pets.

In the past, the theory was that dogs started out large and became smaller about 20,000 years ago, when they were domesticated. The research team’s discovery may require rewriting the evolutionary history of man’s best friend.

A search for the mutation has been conducted by the National Institutes of Health (NIH) for more than 10 years. It was not until NIH researcher Jocelyn Plassais began searching for backwards DNA sequences in other canids and ancient DNA that the research team found a reverse form of the insulin-like growth factor 1 (IGF1) gene that correlated to dog body size.

“We looked at 200 breeds, and it held up beautifully,” said geneticist Elaine Ostrander of the National Human Genome Research Center, in whose lab the study was performed.

When the researchers examined DNA from a 54,000-year-old Siberian wolf (Canis lupus campestris), they found it had the mutation in the growth-regulating hormone.

“It’s as though Nature had kept it tucked in her back pocket for tens of thousands of years until it was needed,” said Ostrander.

Wolves and dogs are related to other canids, such as African hunting dogs, coyotes and jackals. Thus, the finding has relevance for those species too.

“This is tying together so much about canine domestication and body size, and the things that we think are very modern are actually very ancient,” said Ostrander.

Noting that she wants to understand the continuum of dogs from Great Danes to Chihuahuas, Ostrander said her research team will continue probing genes regulating dogs’ body size.

“One of the things that is pretty cool about dogs is that because they have evolved so recently, there aren’t actually a lot of body size genes,” she said.

Ostrander is leading a study on dog genetics, including characteristics associated with canine cancers.