In an amazing one-in-500,000 donor match, an Austrian man may have saved a woman’s life. 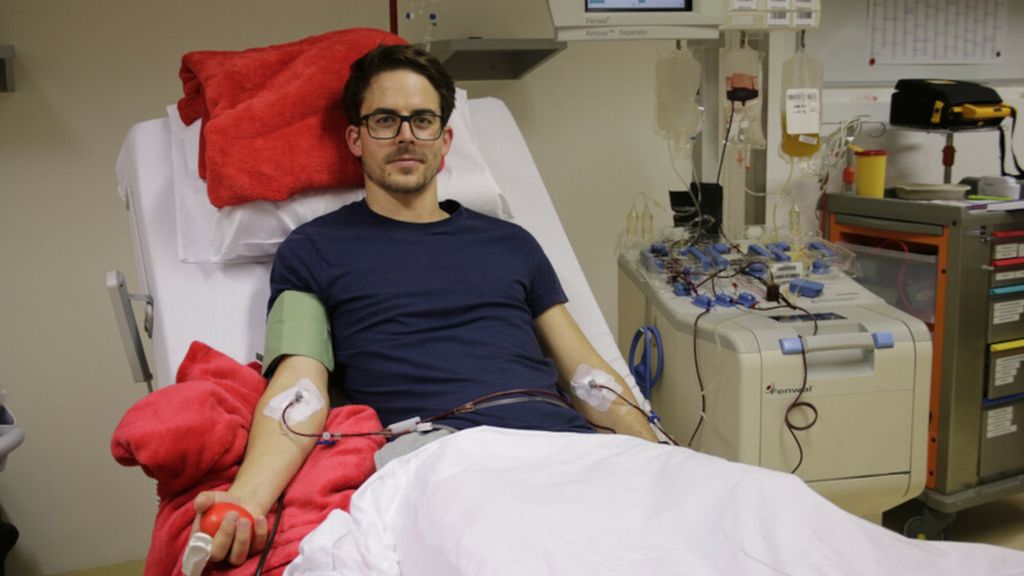 A terminally ill British woman with leukemia now has a chance to be saved after an Austrian man registered as a stem-cell donor and the two matched.

The odds of them being compatible were estimated at one in 500,000.

The donor, named only as Christian M., who lives in Vienna, Austria, registered as a stem-cell donor with the Red Cross in the summer of 2020. The 31-year-old builder became a donor due to the high rate of cancer in his own family.

Christian said: “It’s as easy as a coronavirus test. A kit is sent to you. Then you swab from inside your cheek and send it back to the Austrian Red Cross, along with a questionnaire. And then you are added to the international database.”

But defying the slim odds, he matched with an unnamed British woman.

After various tests, the results were clear. Christian was deemed the most suitable donor for the seriously ill patient.

Austrian newspaper Kronen Zeitung reported the woman is English and quotes Christian as saying: “I got a call and was told there was a request for a donation from an English transplant center.”

Christian said he did not expect to be a match with the ill woman, “because the probability was so small,” but was overjoyed at the result.

“I knew that in another country, there was a person in dire need who was waiting for my stem cells. It was clear to me the patient had little chance of survival if the donation didn’t arrive on time.”

The stem-cell donation was reportedly picked up by a courier and taken to the U.K. Christian said: “It is a nice and very powerful feeling to be able to help someone in this way.”

It could take up to five years before Christian knows if his donation helped the English patient.

Stem cells can be transplanted into patients with leukemia. They can be used to restore healthy bone marrow and stimulate new bone marrow growth, while boosting the immune system.

Stem cells are most commonly collected by temporarily removing blood from the body, separating out the stem cells, and then returning the blood to the body, according to the U.K. National Health Service.

Marrow cells are taken from the back of the pelvic bone. A large needle is pushed through the bone to the center and the liquid marrow is extracted through the needle. This is repeated several times until enough marrow has been extracted or harvested.

Risks to donors are minimal, and they usually leave the hospital within a few hours.