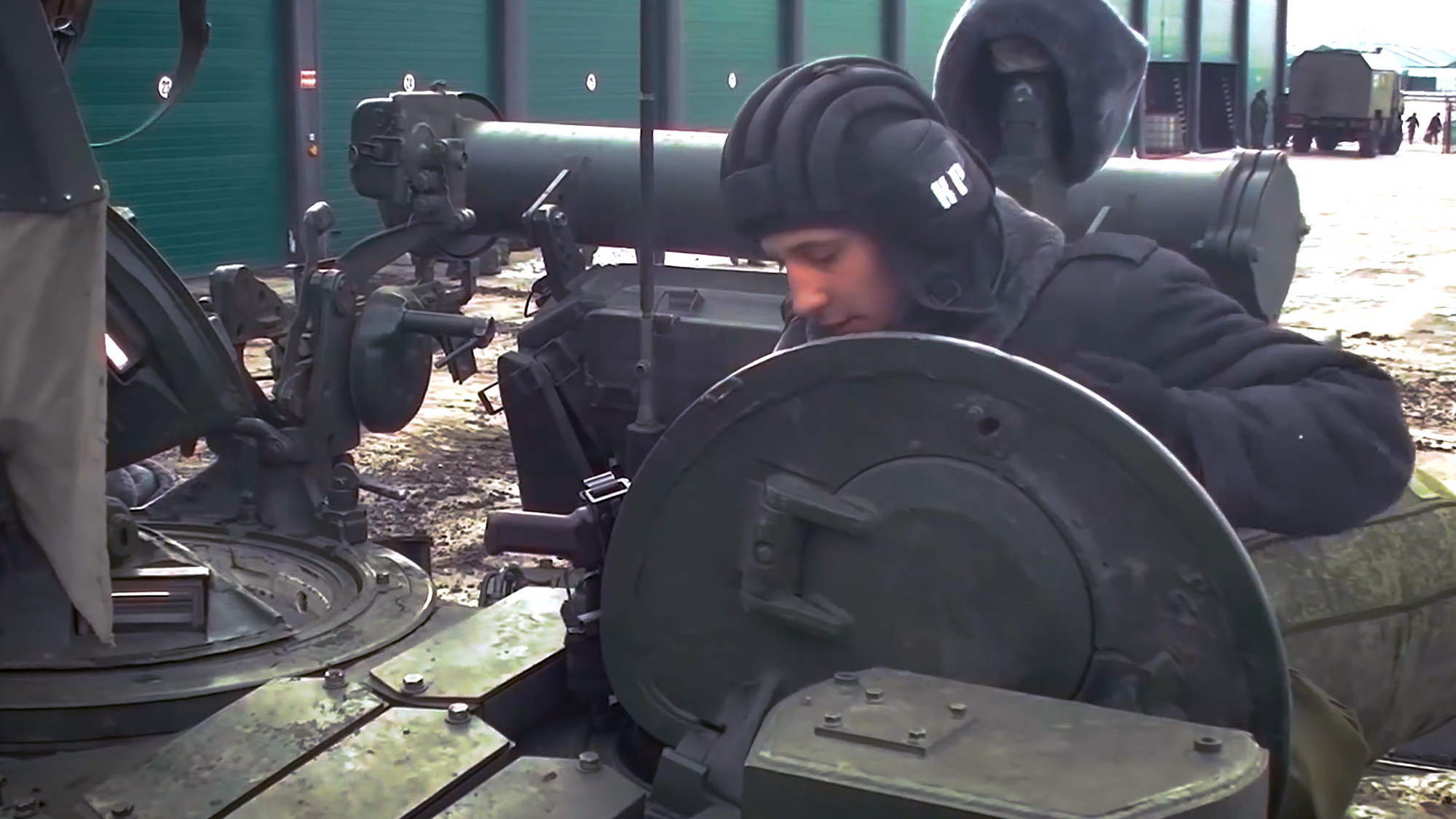 Russia is sending a motorized rifle division to Rostov Oblast, which borders Ukraine, for military exercises as tensions between the Kremlin and Western nations escalate. (Russian Ministry of Defense/Zenger)

Russia announced that it is sending a tank division to Rostov Oblast, which borders Ukraine, for live-fire military exercises as tensions between the Kremlin and Western nations escalate.

The Russian Ministry of Defense shared footage of troops from the 150th Motorized Rifle Division preparing to deploy. Soldiers are depicted grabbing rifles, leaving their barracks and preparing a number of tanks for deployment and then leaving the base in them and other military vehicles.

NATO countries have expressed growing unease at the increasing buildup of Russian troops along the Russian border with Ukraine. U.S. President Joseph R. Biden Jr. has threatened personal sanctions against Russian President Vladimir Putin should his military invade the country.

“In the Rostov region, units of the 150th motorized rifle division of the combined arms formation of the Southern Military District were raised on a training alarm and began to march to the training grounds where the exercises will be held,” the Russian Ministry of Defense said in a statement.

“Operational and combat training activities are carried out under the leadership of the commander of the Southern Military District, General of the Army Alexander Dvornikov, according to the plan for the winter training period.

“Units make marches in a combined way to training grounds located at different distances from permanent deployment points. Upon arrival in the assigned areas, the units will work out a wide range of tasks, including the organization of comprehensive support,” the ministry statement said.

It mentioned that the military exercises would conclude with the live firing of weapons.

This comes after the United States had vowed a “swift, severe and united response” should Russia attack its Ukraine neighbor.

“This would be the largest … invasion since World War II,” Biden told reporters in Washington on Jan. 25. “It would change the world.”

Biden has ordered the Pentagon to prepare 8,500 troops for potential deployments to NATO-allied countries in Eastern Europe, and other NATO member states have been sending ships and planes to Eastern Europe in response to the Russian buildup on the Ukrainian border.

More than 100,000 Russian troops have reportedly massed along it.

Ukraine has sought to become a member of NATO since 2002. The alliance’s Article 5 clause says that an attack on one member country is considered an attack on all of them.