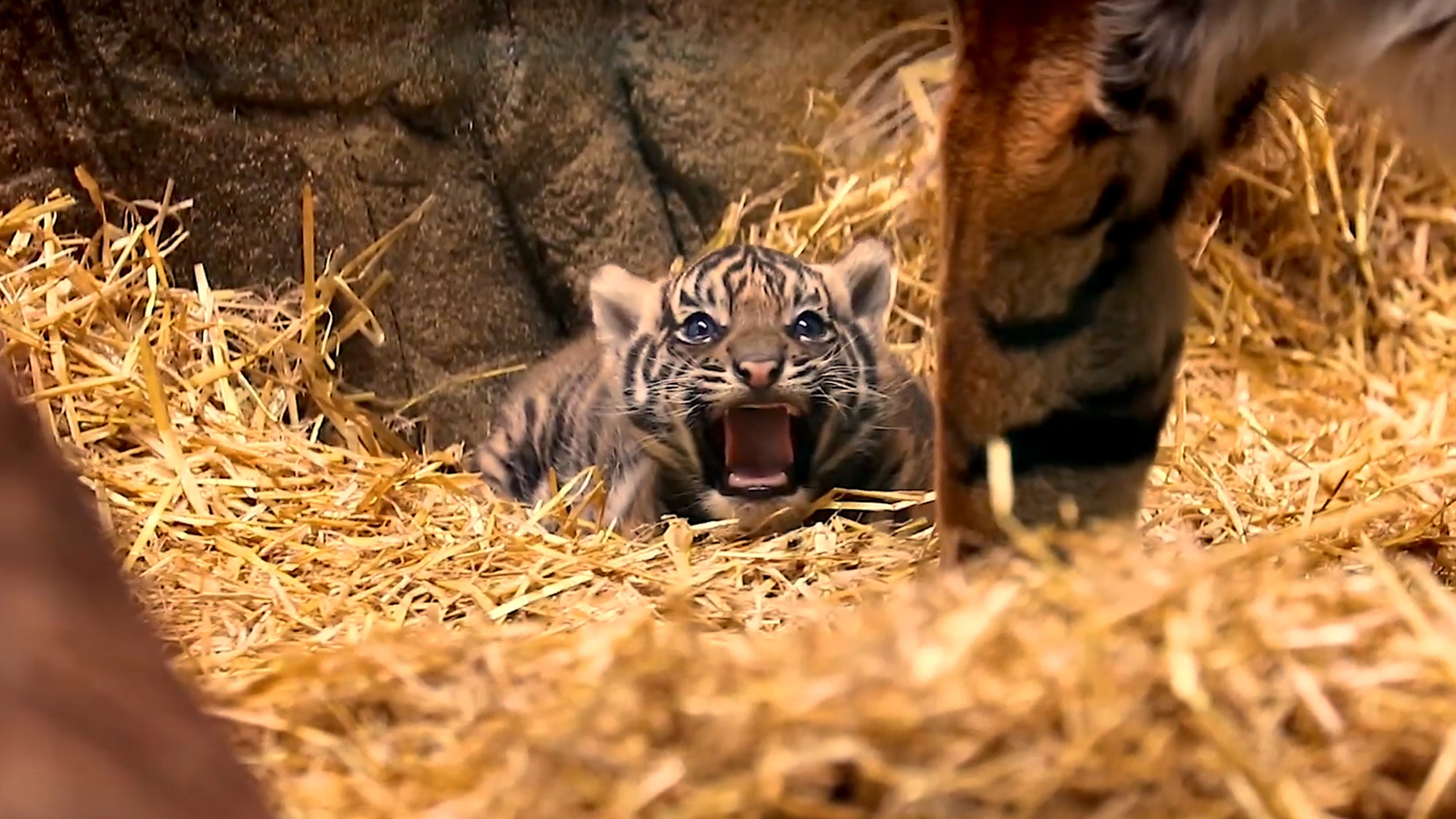 The tiger cub makes his presence known in his new surroundings in the U.K's London Zoo. (ZSL London Zoo/Zenger)

London Zoo has confirmed that a Sumatran tiger cub, born to mother Gaysha last month, is a boy.

The yet-unnamed male cub was born on Dec. 12 at the London Zoo in Regent’s Park, the world’s oldest scientific zoo, operated by the Zoological Society of London.

“It’s a boy,” the zoo announced on its website. “Keepers at ZSL London Zoo have confirmed that our adorable tiger cub, born on 12 December, is a boy!

“He’s getting stronger and more independent every day and is becoming quite a little explorer, climbing anything that he can find! He’s also got a big voice on him already and isn’t afraid to tell mom Gaysha when he is ready for a meal or wants some attention.

“He is no longer a fan of her carrying him around and making all the decisions — you can hear him objecting about her cramping his style!

“Gaysha takes no notice of his defiance though, as she still knows what is best for him! Gaysha and dad Asim have been perfect parents, and now that they are living as a family group, Asim has been seen taking on bath time and babysitting duties.”

The footage was posted on social media on Jan. 13 with the message: “Cute Alert! Brand-new footage from our zookeepers shows our adorable month-old tiger cub taking its very first wibbly-wobbly steps outside with proud mom Gaysha looking on.”

The zoo added: “Visitors may be lucky enough to catch a glimpse of our new arrival.”

Zoo tiger keeper Kathryn Sanders said: “The cub has so far mostly stayed tucked up with Gaysha in their cozy behind-the-scenes cubbing den. But with such lovely weather yesterday, it’s clear she decided it was time for her little one to take its first steps in the outside world.”

“We were all holding our breath with excitement as the cub tottered around, using all its strength to clamber after mom,” she said. “It was incredible to watch the youngster find its ‘tiger feet’ for the first time.”

The Red List of Threatened Species of the International Union for Conservation of Nature categorizes Sumatran tigers as critically endangered. Deforestation and rampant poaching are cited as key reasons the animal is threatened with extinction.