More than 20 warships were deployed as Russia ratchets up the threat of invasion.
By Joseph Golder January 26, 2022
Facebook
Twitter
Linkedin
Email 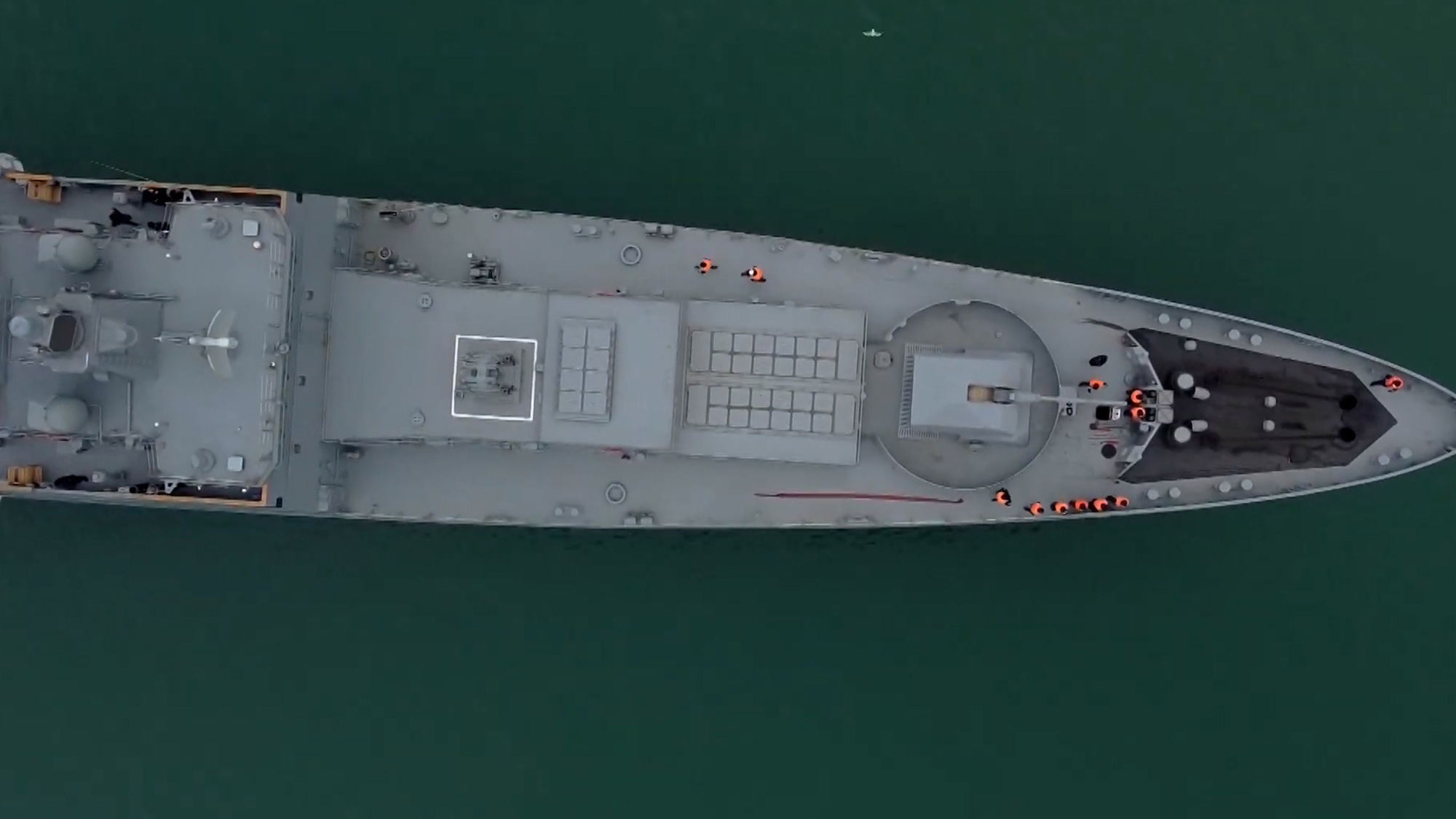 The ship seen in this screenshot from a video is part of the Russian Black Sea Fleet that began military exercises amid tensions with NATO over a possible invasion of Ukraine. (Russian Ministry of Defense/Zenger)

Russia’s saber-rattling over Ukraine appears to be intensifying, with the Kremlin sending more than 20 warships to the Black Sea for what it has labeled “exercises.”

The news comes a week after the Russian government indicated that it was preparing to mobilize its fleets for them.

“Ships, combat boats and ships supporting the Black Sea Fleet as part of ship groups left the bases of Sevastopol and Novorossiysk, after which they made the transition to the designated areas in the Black Sea,” the Russian Ministry of Defense, which posted a video online, said in a statement.

The footage shows military vessels at anchor in port before departing on their mission, with some ships seen being escorted out of the marina by tugboats.

“On the way to the designated areas, the crews of the ships will conduct a series of exercises and trainings on organizing communications, safe maneuvering in areas with intensive navigation and organizing air defense at sea.”

NATO member nations have expressed growing unease at what they say is a buildup of Russian troops along the border with the Ukraine, with U.S. President Joseph R. Biden Jr. threatening personal sanctions against Russian President Vladimir Putin should Russia invade the country.

The United States has also vowed a “swift, severe and united response” should Russia attack its neighbor.

NATO member states have been sending ships and planes to Eastern Europe in response to the Russian buildup on the Ukrainian border, with additional forces scheduled to be sent in the near future.

The Western military alliance said on Jan. 24 that the additional troops and equipment would be provided by several nations, including the United States, Denmark, Spain, France and the Netherlands.

The U.S. State Department on Jan. 23 urged all U.S. citizens in Ukraine to depart the country immediately.

“Our recommendation to U.S. citizens currently in Ukraine is that they should consider departing now using commercial or privately available transportation options,” a senior State Department official said on a call with reporters.

“If Russia wants to begin to convince the world that it has no aggressive intent toward Ukraine, a very good place to start would be by de-escalating by bringing back and removing these forces from Ukraine’s borders,” U.S. Secretary of State Antony Blinken told reporters Jan. 21 following a 90-minute meeting with Russian Foreign Minister Sergey Lavrov in Geneva.