It took five officers to rescue the woman, who was in serious but stable condition.
By Lee Bullen January 26, 2022
Facebook
Twitter
Linkedin
Email 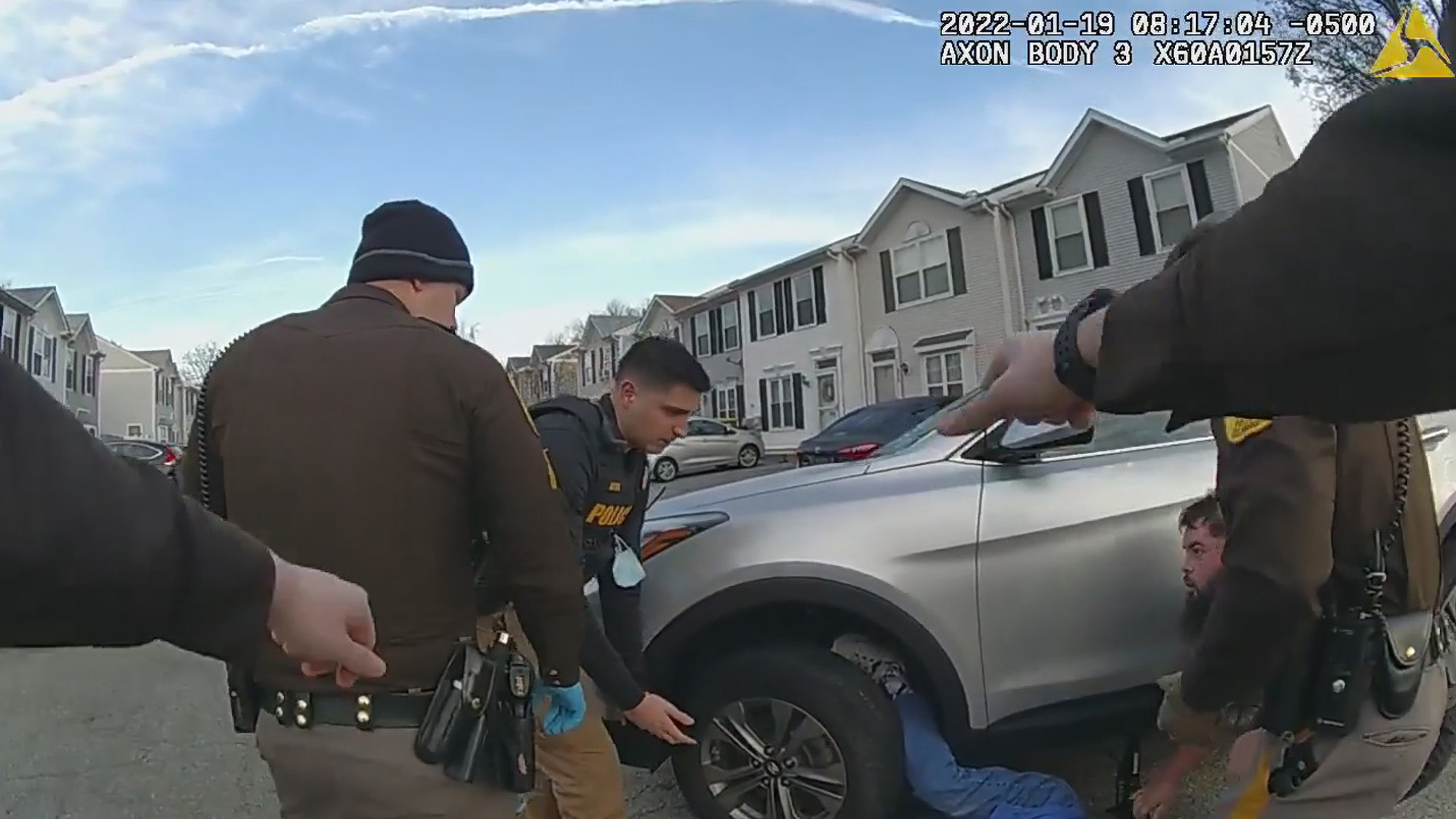 Delaware cops lifted an SUV to free a 70-year-old woman who was trapped under the vehicle.

The rescue was filmed in Country Creek in New Castle County, Delaware, on Jan. 19.

“Wednesday (Jan 19), patrol officers from the New Castle County Division of Police were dispatched to Fieldstone Lane in the community of Country Creek for the report of a woman trapped under a vehicle.”

When the police arrived, they found a 70-year-old woman pinned under her 2016 Hyundai Santa Fe. Police footage showed the woman’s left arm pinned under her car. One of her legs was also trapped under the front-left tire. It took five officers to lift the car.

“She was then transported to a local area hospital, where she was admitted for her injuries. She is listed in serious but stable condition.

“Investigators from the New Castle County Division of Police Traffic Services Unit arrived on the scene and assumed the investigation.”

The police added: “The crash investigation is still ongoing, and alcohol is not believed to be a contributing factor.”

Mark R. Logemann, chief of the New Castle County Emergency Medical Services Division, said: “The quick thinking and physical actions of the bystander and the officers from the Division of Police played a major role in this patient being protected from further injury and possibly death.

“The Emergency Medical Services Division values the close working relationship we share with our law-enforcement partners in our combined mission to serve the citizens of New Castle County.”

Mill Creek Fire Company reported that responders were dispatched to the Linden Hill Square Townhouses in Pike Creek, Delaware, on Jan. 20. A resident identified as the victim’s brother said the unnamed victim was changing the oil on a minivan when he got stuck, reported Delaware Online.

By the time first responders arrived, the man had died.