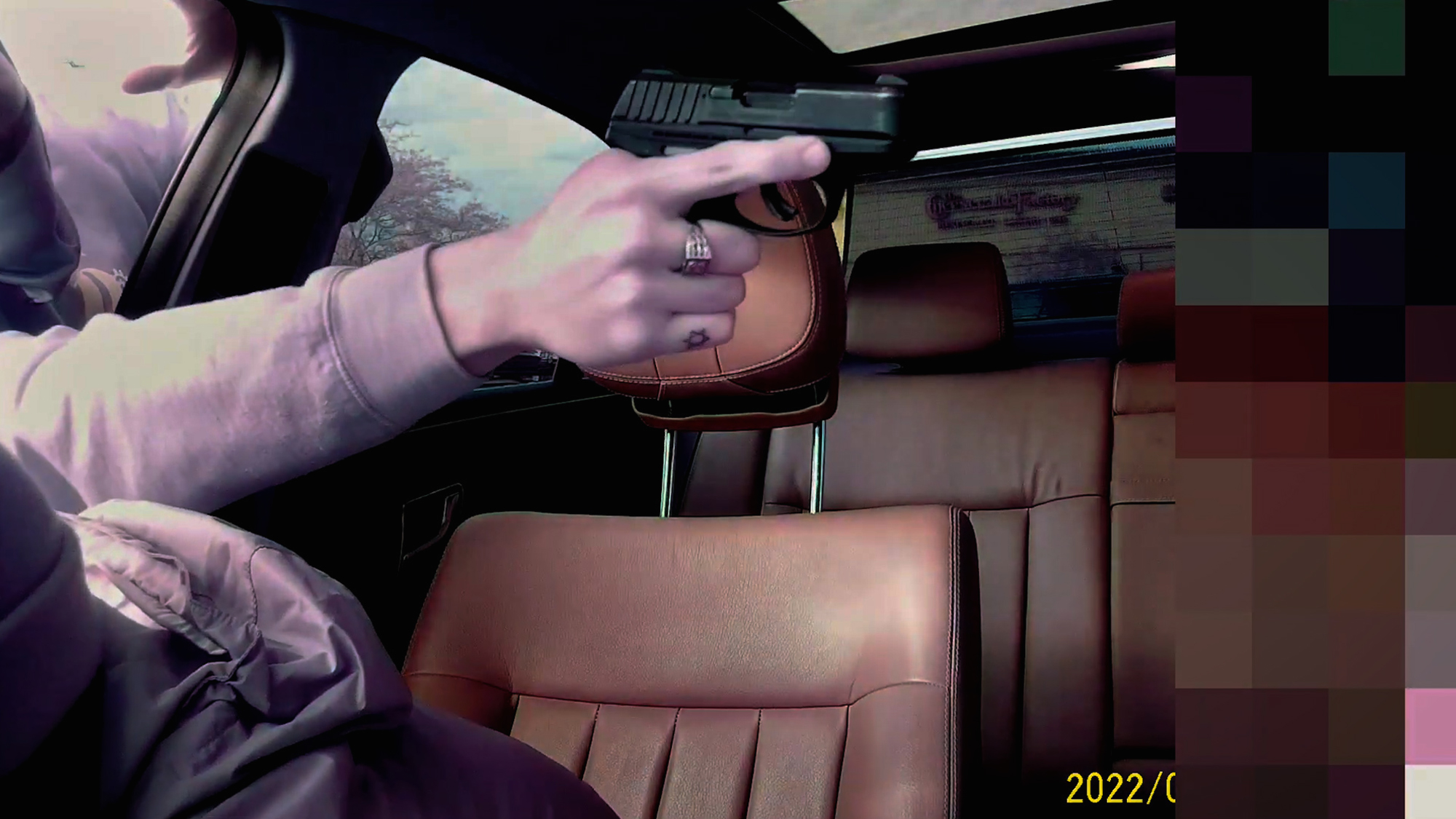 An armed robbery of an undercover deputy who was attempting to buy guns from two suspects is seen in progress in the employee parking lot of the Westfield Brandon Mall in Brandon, Florida. (Hillsborough County Sheriff's Office/Zenger)

Two suspected weapons dealers robbed an undercover police officer outside a shopping center in Florida during a setup meeting that resulted in arriving backup officers being shot at.

The one-sided gunfight in which the officers did not return fire took place on Jan. 24 in the employee parking lot of the Westfield Brandon Mall in Brandon, a city of about 115,000 people in Hillsborough County, Florida.

“No deputies or civilians were struck or suffered injuries,” the Hillsborough County Sheriff’s Office said in a statement, adding that bullets did hit some cars in the employee parking lot.

“At approximately 4 p.m. on January 24, 2022, an undercover detective assigned to HCSO’s Special Investigations Division was attempting to buy firearms from two suspects at a prearranged location at the mall,” the sheriff’s office statement said.

“As the transaction was taking place inside the detective’s vehicle, the suspects attempted to rob the detective at gunpoint, causing an HCSO apprehension team, which is comprised of other undercover deputies, to immediately move in towards the vehicle for the safety of the detective.”

One of the suspects was arrested while the search for the other, who fled the scene on foot, is ongoing. The sheriff’s office said it knows who that person is, although he has not been publicly identified.

The suspect in custody, Jordan Gracia, 19, faces charges of armed robbery, being a felon in possession of a firearm and dealing in stolen property, the sheriff’s office said.

Gracia has a lengthy criminal history, including charges of armed burglary, being a juvenile in possession of a firearm, resisting arrest and carrying a concealed firearm, the sheriff’s office said.

Hillsborough County, with a population of about 1.5 million, is the fourth-most populous county in Florida and the most populous one outside the Miami metropolitan area, according to Census figures.

Tampa, Hillsborough County’s largest city, is home to Busch Gardens, a well-known amusement park with thrill rides and animal-viewing areas, last year’s National Football League Super Bowl champion Tampa Bay Buccaneers and the Florida Aquarium, which has been at the forefront of the attempts to save the coral reefs in the state.

Overall, Hillsborough County has experienced a significant decline in crime in recent years. The number of people arrested in 2019, the most recent year for which data are available, dropped 5.8 percent from 2018, according to the Florida Department of Law Enforcement, with violent crime declining 6.7 percent.