Toddler is rescued by quick-responding officer who removes obstruction from her airway, allowing her to breathe.
By Lee Bullen January 25, 2022
Facebook
Twitter
Linkedin
Email 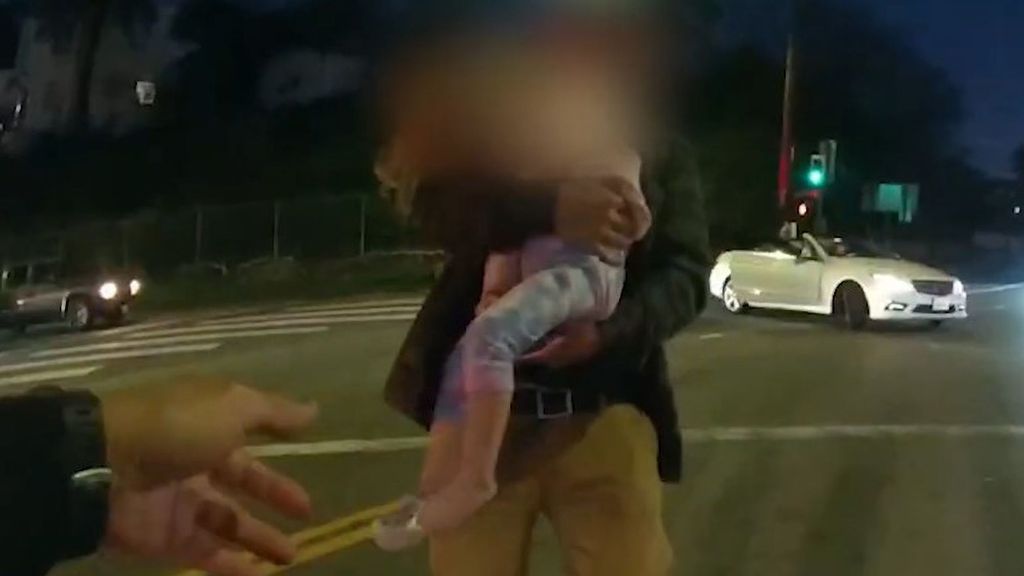 A frantic father approached a Los Angeles police officer with an unconscious child fearing for the girl’s life. The officer was able to remove an obstruction in the toddler’s airway.

The incident took place on Bellevue Avenue in Los Angeles, California, on Jan. 19.

“This community member began to run toward the sergeant’s police vehicle, while holding a child, as he yelled for help: “Officer, please. I don’t know what’s wrong!”

The sergeant radioed for help, saying the child was not breathing, before slapping her back repeatedly to clear her airway.

“The sergeant exited his police vehicle and immediately observed the child was not breathing and appeared lifeless. The sergeant requested additional units, along with the Los Angeles Fire Department (LAFD), and immediately began to perform first aid to the child,” according to police.

“Through his assessment, the sergeant discovered a choking hazard inside the child’s airway. He conducted a finger sweep and back thrust.”

The footage shows the moment the frightened dad runs over with the unconscious girl before begging the officer to help. A woman’s voice can be heard screaming, as well as trying to console the child.

The police officer calmly carries out first aid and removed the obstruction in the girl’s throat.

The police said: “As a result of his efforts, the unknown choking hazard dislodged, and the child regained consciousness.

“LAFD personnel arrived at the scene and transported the child to Children’s Hospital, where she was treated by medical staff and listed in stable condition.”

In 2018–2019, the leading cause of unintentional injury death among children under a year was suffocation, which includes choking, strangulation and asphyxiation, according to the U.S. Centers for Disease Control and Prevention. Unintentional suffocation was higher among rural (42.1 per 100,000) residents, compared with urban children (24.9 per 100,000).

Babies and toddlers are at especially high risk of choking. For children making the transition to solid foods, the CDC provides a list of foods — such as whole berries or cherry tomatoes, nuts and seeds, and tough chunks of meat — that commonly present choking hazards.

«Previous Post
VIDEO: 6 People Rescued After Boss Is Killed By Runaway Cable Car»Next Post
Chomping On Some Bits: Shark Bites On The Rise