Women pregnant with their unborn children and a man with his head smashed in were discovered in 16th century clinic's death pit.
By William McGee January 25, 2022
Facebook
Twitter
Linkedin
Email 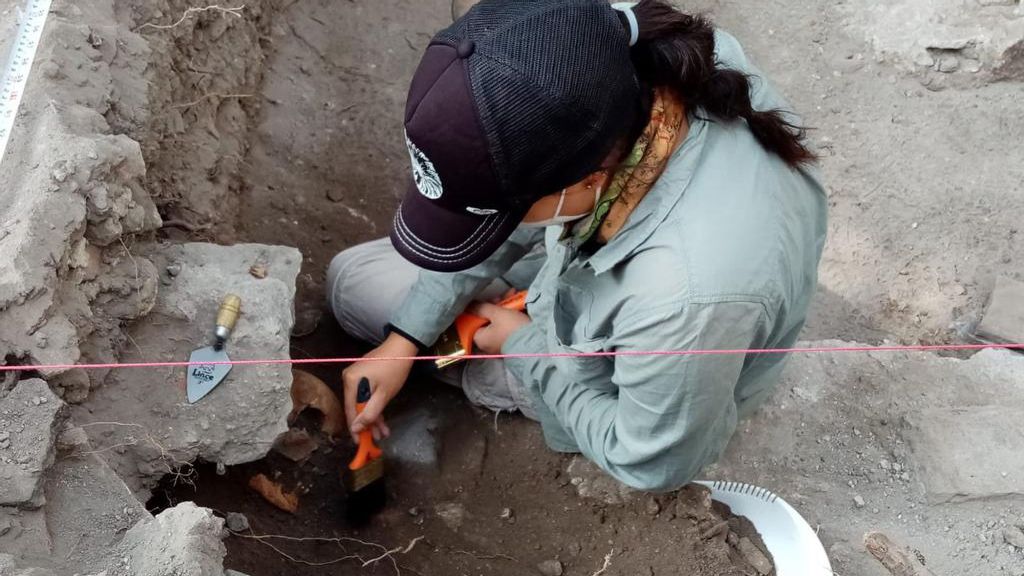 Numerous human remains were found during excavations of the Hospital de San Roque, in Puebla, Mexico, which dates back to the 16th century. (National Institute of Anthropology and History/Zenger)

Archeologists working on a 16th-century hospital in Mexico have discovered several human remains including pregnant women, their unborn children and at least one man who met a violent death.

Archeologists from Mexico’s National Institute of Anthropology and History (INAH) have been accompanying restoration works on the Hospital of San Roque in the city of Puebla to convert it into the Museum of Talavera and Popular Art of Puebla.

They have found skeletons and scattered bones that correspond to pregnant women, their unborn children and one man who died of head trauma, according to a statement from INAH.

Inside the building, which dates back to the 16th century, the team of experts has recovered evidence of at least nine complete human skeletons and several scattered bone fragments.

Some of the remains were deposited in what the experts believe was a mass grave.

The skull of one particular skeleton, corresponding to a male between 40 and 45 years old, shows two injuries in the central region of the frontal bone, indicating death from head trauma.

Among the skeletal remains are two pregnant women and their unborn babies. Unborn remains were also found in other areas, which the archeologists say “indicates that there were abortions inside the place and that they were thrown into the pits.”

The San Roque Hospital was established to serve the Spanish who came to the New World. However, the team of experts noted that while many of the human remains date back to the colonial period, some may date back to just the 20th century.

Signs of human remains were first noted by the archeologists in 2020, and the experts have since noted that none of the victims received a Christian burial.

The remains were found throughout the building, including under the floors of patios and rooms, behind staircases and under column bases.

“We are really working in the bowels of the site, and what we have found is a sad story on a human level, because of the way in which many of these bodies were thrown into the graves without a legal warrant and without a so-called Christian burial,” said archeologist Elvia Sanchez.

The experts believe that one of the victims may have drowned in a river flood.

The hospital remained in operation until the last century and then lay abandoned.

The excavation began on Dec. 13 and is expected to last until July. The human remains will be closely analyzed and dated by the experts, who have also uncovered several ceramic objects, which will be restored.